Major Breakouts For Gold As Miners Set To Launch, But Here Is The Tricky Part

Major breakouts for gold as miners set to launch, but here is the tricky part.

Fascinating Setup In The Gold Market
January 13 (King World News) – Fred Hickey:  Amazing how a strong bear mkt rally can fog the mind. Witness the return to wilding in “meme” stocks & two headlines I saw today: “Wharton’s Jeremy Siegel says the U.S. has ‘really solved the inflation problem’” Also, “Insana says the case is clear that inflation is over.”

COT report out (thru Jan 10 when gold was $1880). Managed Money long gold futures contracts +7.5K contracts, shorts up a smidge. Total +7.2K to 61.8K net long – still low historically and with lots of headroom to rise. On the other hand, gold DSI up to 90% – showing frothiness.

Not as clear cut as when everyone hated gold a few months ago. Likely part of reason is unusually heavy gold buying by central banks, sovereign wealth funds and other entities outside of West. Could be distorting traditional signs. Still, not bad idea (for traders) to be on alert…

This Company Has A Massive High-Grade Gold Project In Canada And Billionaire Eric Sprott Has A Huge Position! To Learn Which Company Click Here Or On The Image Below.

Graddhy out of Sweden:  Gold priced in Canadian dollars broke out a month ago above its 2.5 year consolidation pattern, and is getting strong follow-through.

Gold breaking out against many major currencies means the next global FIAT currency depreciation phase has now started.

Gold Has Broken Out Priced In Canadian Dollars 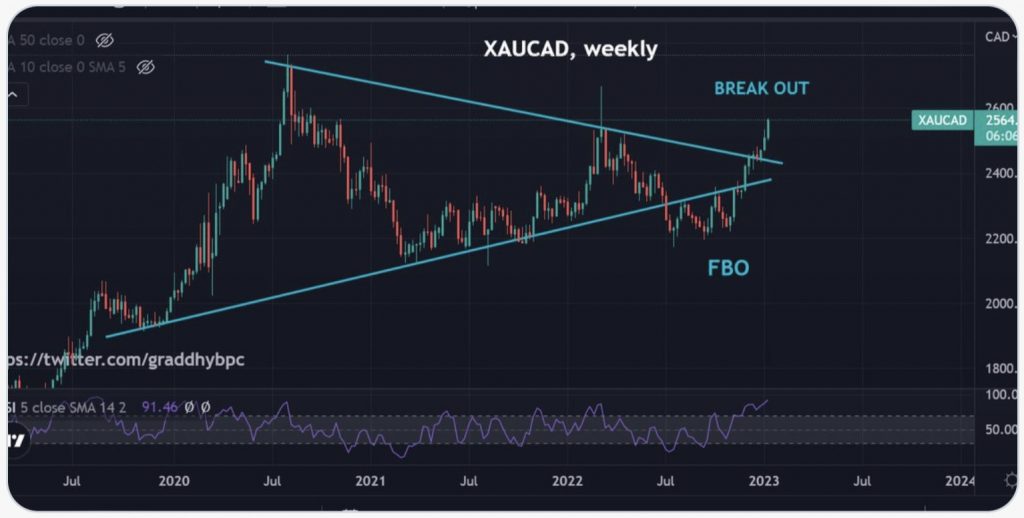 Gold Mining Stocks Headed Way Higher
Graddhy out of Sweden:  I think it is time to revisit the upper trend line of the channel, repeating the move from 2000-07. The setup is there. And it is very valid. 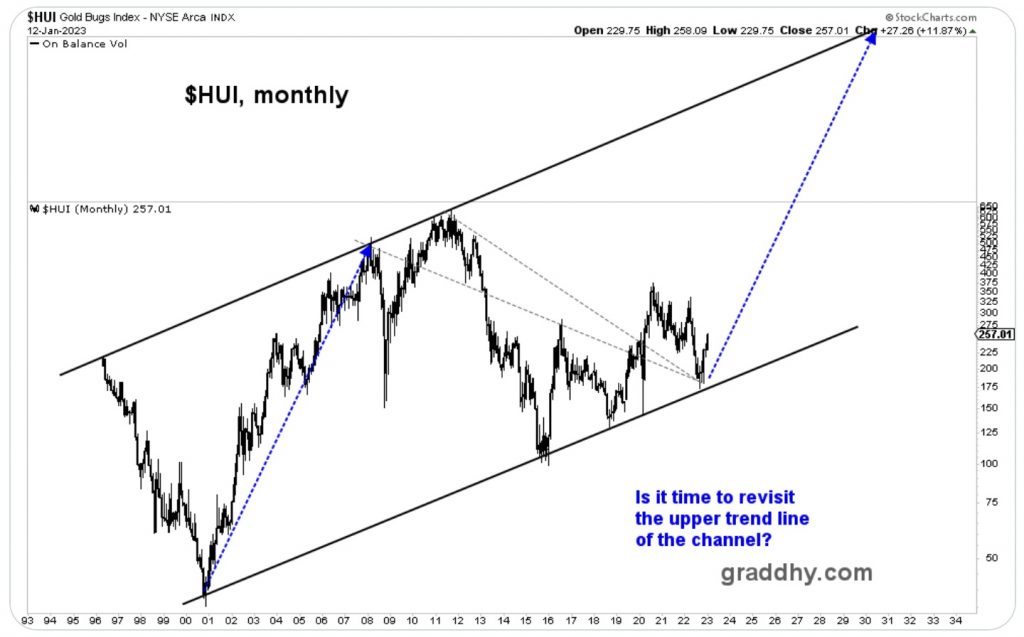 Graddhy out of Sweden:  Yesterday gold broke above yellow line big resistance level, as expected we would see.

Gold Has Broken Out Solidly Priced In US Dollars 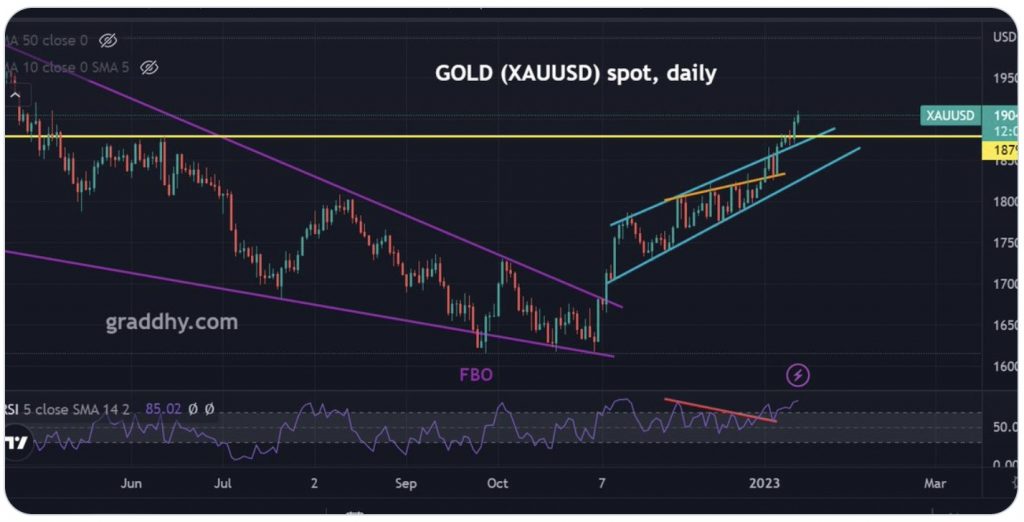 Gold & Silver Takedown Continues, But Here Is The Big Surprise…