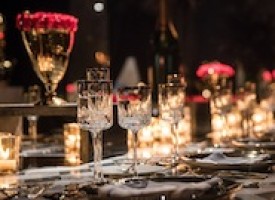 Timothy Oulton table setting VeryFirstTo, an ecommerce platform specializing in extravagant products and experiences, is working with British furniture and interiors company Timothy Oulton to search for a discerning consumer to become a “global dinner party critic.” The effort is meant to revive the “lost art of hosting” by selecting a consumer, hand-picked by the brands, to review dinner parties around the world in both private and corporate settings. From 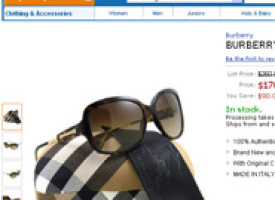 Amazon.com As Amazon’s penetration into high-income households becomes increasingly apparent, luxury brands are going to need to find new ways to avoid losing to their online-only competition, according to a new report by Shullman Research Center. Through pricing, convenience and selection, Amazon has seen its popularity skyrocket over the past two decades, and data in the report shows that its popularity is positively correlated with household income. The report suggests 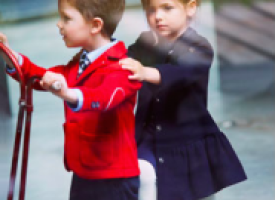 Armani Junior Just as a teen who puts everything off to the last minute, brands and retailers are pushing late back-to-school sales, but the data is on their side. With the majority of back-to-school shopping now being done in late August and early September, a number of brands, including Armani, Burberry, Michael Kors, Versace and Oscar de la Renta, have recently sent out emails to consumers advertising kids clothes and sales. 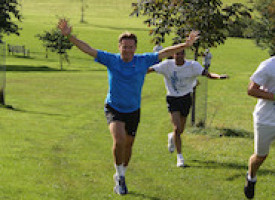 Four Seasons Hotel Hampshire Terry Fox Run of Hope Four Seasons Hotels & Resorts is showing that its Canadian roots extend worldwide with a charity initiative celebrating one man’s fight to end cancer. The chain’s Hotel Hampshire, located outside London, is hosting its eighth Terry Fox Run of Hope, commemorating the 35th anniversary of Mr. Fox’s 3,000-mile run across Canada to raise money for cancer research while he was struggling with 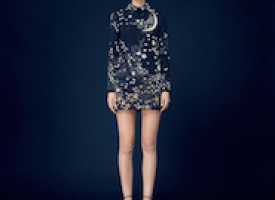 Valentino fall/winter 2015 look Italian fashion label Valentino is taking consumers to outer space to immerse them in its new collection featuring star, constellation and planetary prints. The brand’s short film delves into the cosmic inspiration of Valentino creative directors Pierpaolo Piccioli and Maria Grazia Chiuri for fall 2015. For Valentino, this video both informs and inspires, placing the product in a surreal setting that elevates it beyond just handbag 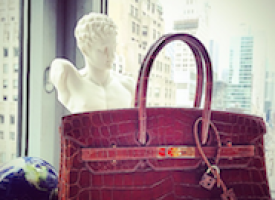 Hermes Birkin handbag; image courtesy of Portero French leather goods house Hermès is speaking with actress Jane Birkin about potentially renaming its handbag bearing her surname. Last month, following the release of a PETA video claiming to show one of Hermès’ crocodile suppliers mistreating animals, Ms. Birkin put out a statement saying she wanted her name to be removed from the style, not wanting to be associated with practices she 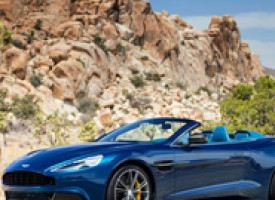 Aston Martin British automaker Aston Martin is entering a multi-year partnership with yacht brokerage firm Northrop & Johnson to deliver bespoke services to consumers at shows and cultural events worldwide. The pair will collaborate on events such as the Monaco Yacht Show, the Fort Lauderdale International Yacht Show and Art Basel Miami, as well as automotive industry happenings including Pebble Beach and the Goodwood Festival of Speed. For both of 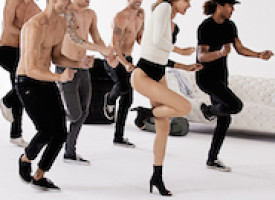 Gisele Bündchen on set of “Make That Move” U.S. footwear and accessories label Stuart Weitzman is highlighting its connection to pop music with its first television commercial set to air Aug. 30 during MTV’s Video Music Awards. The 30-second spot features frequent brand face Gisele Bündchen performing the Electric Slide accompanied by a specially created track and a troop of male dancers. With a history of dressing the feet of 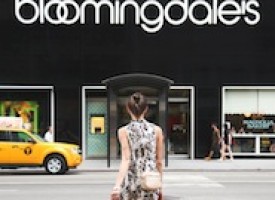 Image courtesy of Bloomingdale’s Department store chain Bloomingdale’s is pedaling toward a cure for AIDS with an in-store event and partnership with amfAR, The Foundation for AIDS Research. From Aug. 27-30, consumers can go to their nearest Bloomingdale’s location to participate in a virtual bicycle race, a metaphor for the medical race to end the epidemic through research funding. Bloomingdale’s has pledged $75,000 toward the cause, but getting consumers actively 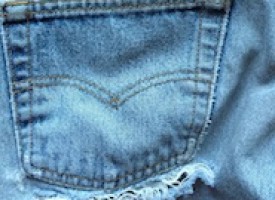 Fred Segal pulls up its denim roots for ecommerce debut

Fred Segal’s Rivet N°1: Denim U.S. department store Fred Segal has launched its first ecommerce and content-driven Web site. The retailer worked with digital agency Big Spaceship to develop its first foray into selling its wares in the online space. As the lines between in-store and online shopping continue to blur it is essential for retailers to operate ecommerce platforms to offer consumers an outlet to shop when outside the