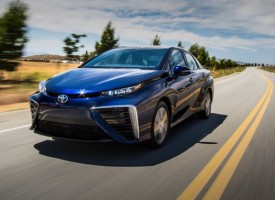 – Mirai is Japanese for “the future.” This is Toyota’s way of saying that its sedan most resembling SpongeBob SquarePants on a skateboard runs on hydrogen and produces no emissions. The Mirai is the first fuel-cell car offered for sale, not just lease. (The conceptually similar Honda FCX Clarity and Hyundai Tucson FCEV remain corporate property through and after the duration of their leases.) The stand­ard rap on fuel-cell vehicles—that 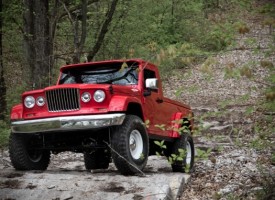 – The oft-teased idea of pickup version of the Jeep Wrangler has gotten a new lease on life, thanks to a recent report in Automotive News. Springing from Fiat-Chrysler’s recent dealer meeting, the report says that a Jeep-branded mid-size pickup “could begin production in 2018,” depending on what happens with the Toledo, Ohio, factory that has long been the home of the Wrangler. The report also says the truck would have 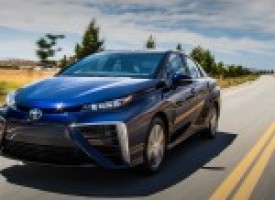 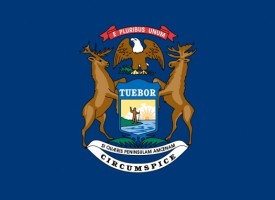 – People with absolutely no friends in your state’s capital include terrorists, communists, smokers, and those cited for a driving offense. No politician with reelection on his or her mind would lift a finger to help out speeders and stoplight runners. Hey, they broke the law, they deserve whatever we give them, right? This political truth proved itself over and over again in the last decade as states rushed to 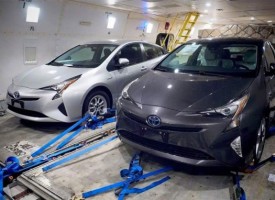 – If you, like us, were hoping Toyota might find some way to make its new, fourth-generation Prius hybrid less like an amorphous vehicular tadpole, prepare to be disappointed. New photos leaked by Prius Club Malaysia show a pair of 2016 Toyota Priuses seemingly in transit via air on their way to the official launch event. They are totally free of camouflage, but also alarmingly free of improved styling. Officially, we are to 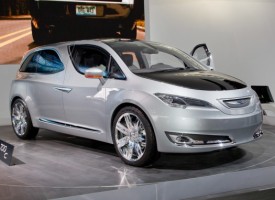 A fresh report from Automotive News has gathered many previous details on the 2017 Chrysler Town & Country and added some new tidbits to provide the clearest, most concise picture yet of the next-generation family hauler. – The industry paper expects the van to take styling cues from the 200-esque 700C concept, pictured above, which quietly debuted at the 2012 Detroit auto show with absolutely none of the typical PR offensive. If the new T&C does 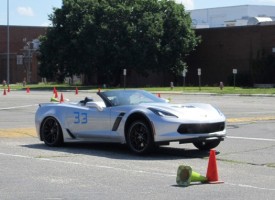 The New Chevrolet Corvette Z06 Is Amazing, But Can It Autocross?

– The Corvette Z06 and I go way back. A 2002 Z06 was the first test car I ever wrote about, back when having 405 horsepower warranted carrying a badge that read “405 HP.” Those early cars were voted “Most Likely to Have Their Titanium Mufflers Replaced With Glasspacks Because The Owner Thinks ‘Titanium’ Is That Thing Where You Have A Ringing In Your Ears.” The C5 Z06 was powerful, always 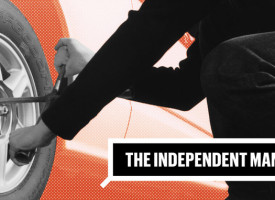 How to Change a Flat Tire in 11 Easy Steps [Sponsored]

-Whether it’s the rattling that comes and goes with the moon phases, a timing belt that obeys only changes in barometric pressure, or the sudden flickering of that dreaded “check engine” light, certain car problems require the professional experience and honest technical knowledge only a mechanic can bring. This doesn’t mean you should be afraid to do maintenance on your own car, though. There are certain car fixes that every 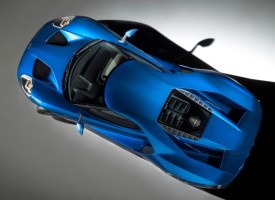 – Interested in the new Ford GT? Well, better start getting your affairs in order, because you won’t merely be able to walk into your neighborhood Ford dealership and pick one up the same way you would, say, grab a new Focus. As first brought to light by Road & Track via Reddit, Ford will set up a process by which prospective owners may apply to purchase a 2017 GT; when accepted, 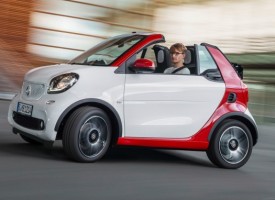 2017 Smart Fortwo Cabriolet: Is Going Topless Enough to Get Noticed?

-Whether you want it to happen or not, you’ll soon be inundated with coverage of Miley Cyrus’s performance as the host of the MTV Video Music Awards. No, we won’t be watching that particular spectacle either, but being among the vast population of Facebook users, we wholly expect to see that the event will be “trending,” likely because someone whose name rhymes with “smiley” will go topless or do something