On the heels of a massive plunge in the U.S. stock market it appears it was accompanies by shocking outflows that are the largest in history, shattering the previous record! Plus more surprises.

Shattering Old Record
May 17 (King World News) – Jason Goepfert at SentimenTrader:  Everyone wants out of the U.S. Despite claims that the U.S. is the only relatively safe place to be, and despite a rising dollar, sentiment toward U.S. stocks is horrid. That’s true among people that live here and people that don’t. 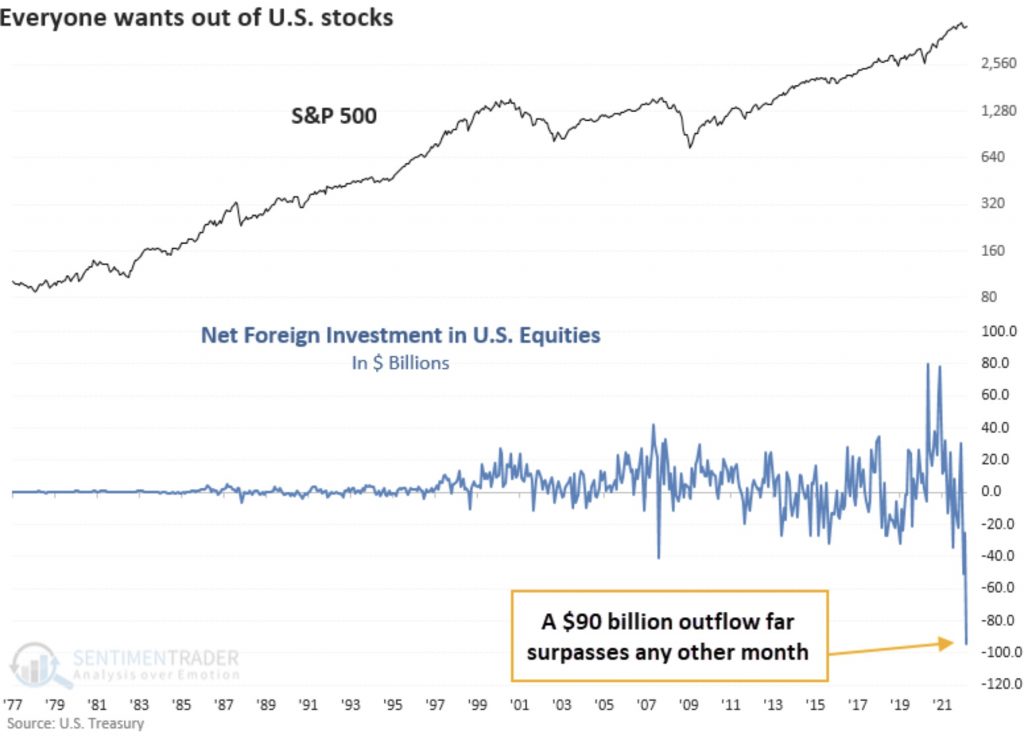 According to the U.S. Treasury in a just released report, foreign investors pulled a stunning $90 billion from U.S. equities in March. That’s more than double the previous record outflow…and that was just in January of this year. It’s likely gotten worse since then.

Foreigners Also Panicking Out Of US Stocks! 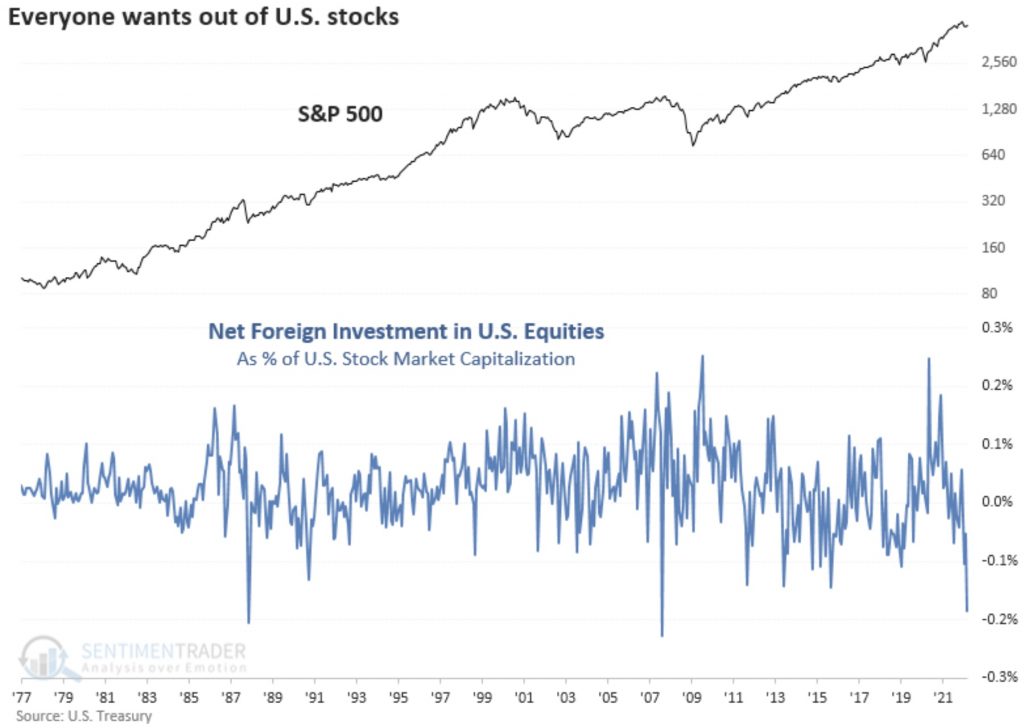 Real Estate
Peter Boockvar:  The NAHB home builder sentiment index fell 8 pts m/o/m to 69 and that was well less than the estimate of 75. That’s the weakest since June 2020. 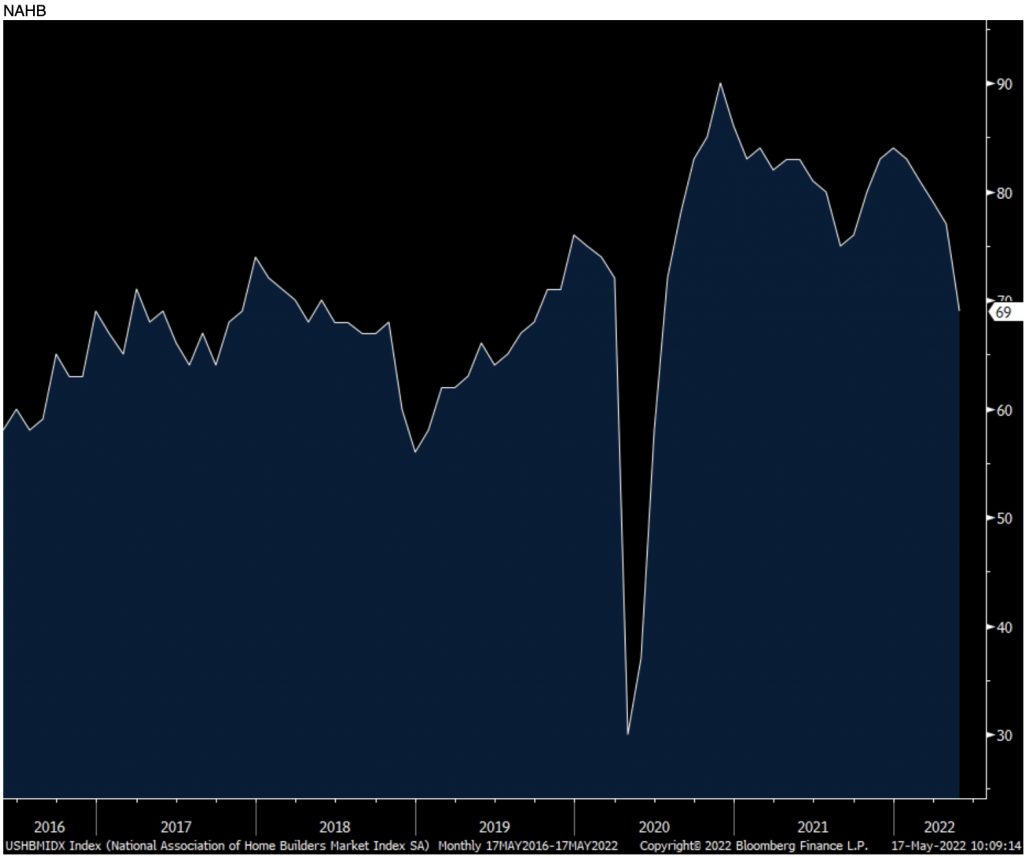 All components saw sharp declines from April. The present situation was down 8 pts, the future outlook by 10 pts and Prospective Buyers Traffic by 9 pts to 52, just 2 pts above the breakeven level. 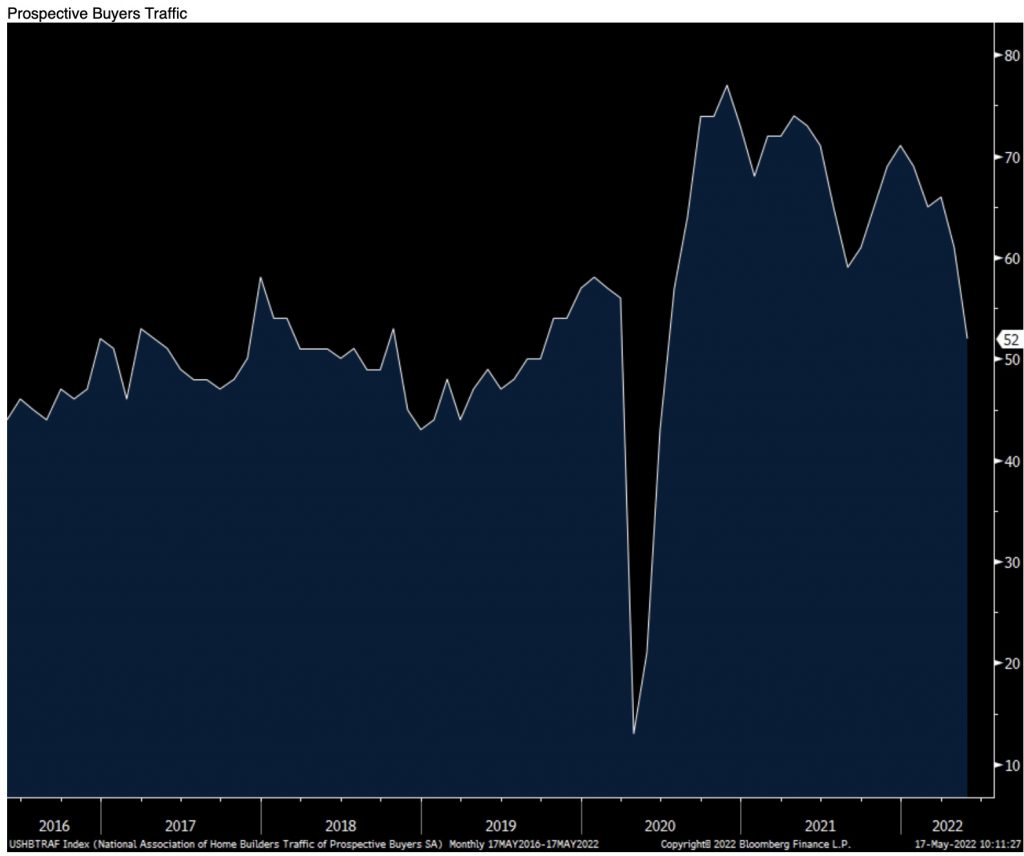 “Housing leads the business cycle and housing is slowing.”

“Building material costs are up 19% from a year ago, in less than three months mortgage rates have surged to a 12 year high and based on current affordability conditions, less than 50% of new and existing home sales are affordable for a typical family. Entry level and first time home buyers are especially bearing the brunt of this rapid rise in mortgage rates.”

I’ll take this a step further and that means less transactions and less spending on things that flows from a purchase, whether of an existing home and certainly a new one.

Big Trouble In The US Bond Market
In the first full month covering the Russian invasion, foreigners bought a net $48.8b of US notes and bonds. So at least in March, the shock move of the sanctions on the Bank of Russia did not in the aggregate influence the foreign holdings of US Treasuries. And while it’s only 3 months into the year, foreigners have bought double the amount of US paper than they did all of last year. However, one must look under the hood because Japan and China, the two largest owners, sold a combined $60b worth of notes and bonds with Japan making up $32.6b of that and China the balance. When including bills, China’s holdings of US Treasuries now sit at the lowest level since 2010 and expect the $1.04T pile to continue to shrink.

China’s US Treasury Holdings Lowest Since 2010! 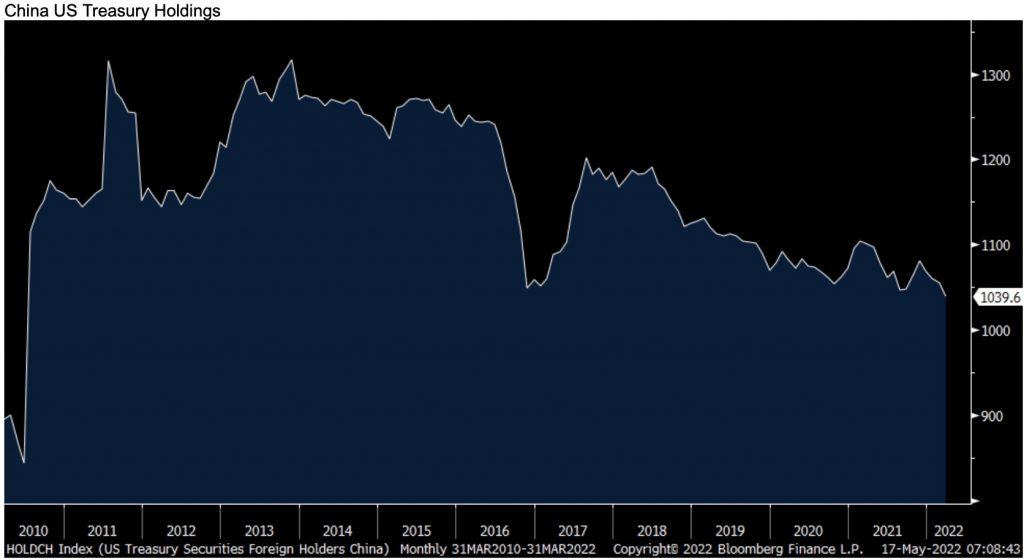 Japan’s holdings fell to $1.23T, the smallest since January 2020. Especially with the yen weakness, expect that amount to fall too in coming quarters. 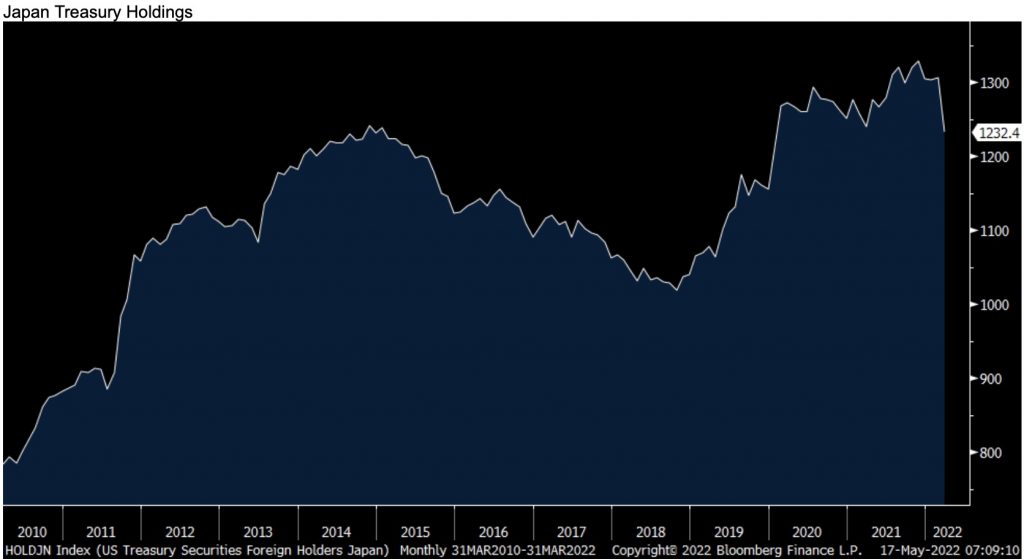 Saudi Arabia Also Dumping US Treasuries
Of note too, Saudi Arabia’s holdings of US Treasuries fell to a 5 year low. Europe and offshore hedge funds were the main source of buying as that region added a net $57.4b of notes and bonds. Buying out of the Cayman Islands (code for offshore funds) totaled $40.6b in a flight to safety.

With the Fed beginning QT in a few weeks, this data, while dated when reported, becomes much more important to watch.