Bullion Banks Cover Gold Shorts, But How Many Longs Are Left To Shake Out?

Bullion banks covered some gold short positions, but how many longs are left to shake out? 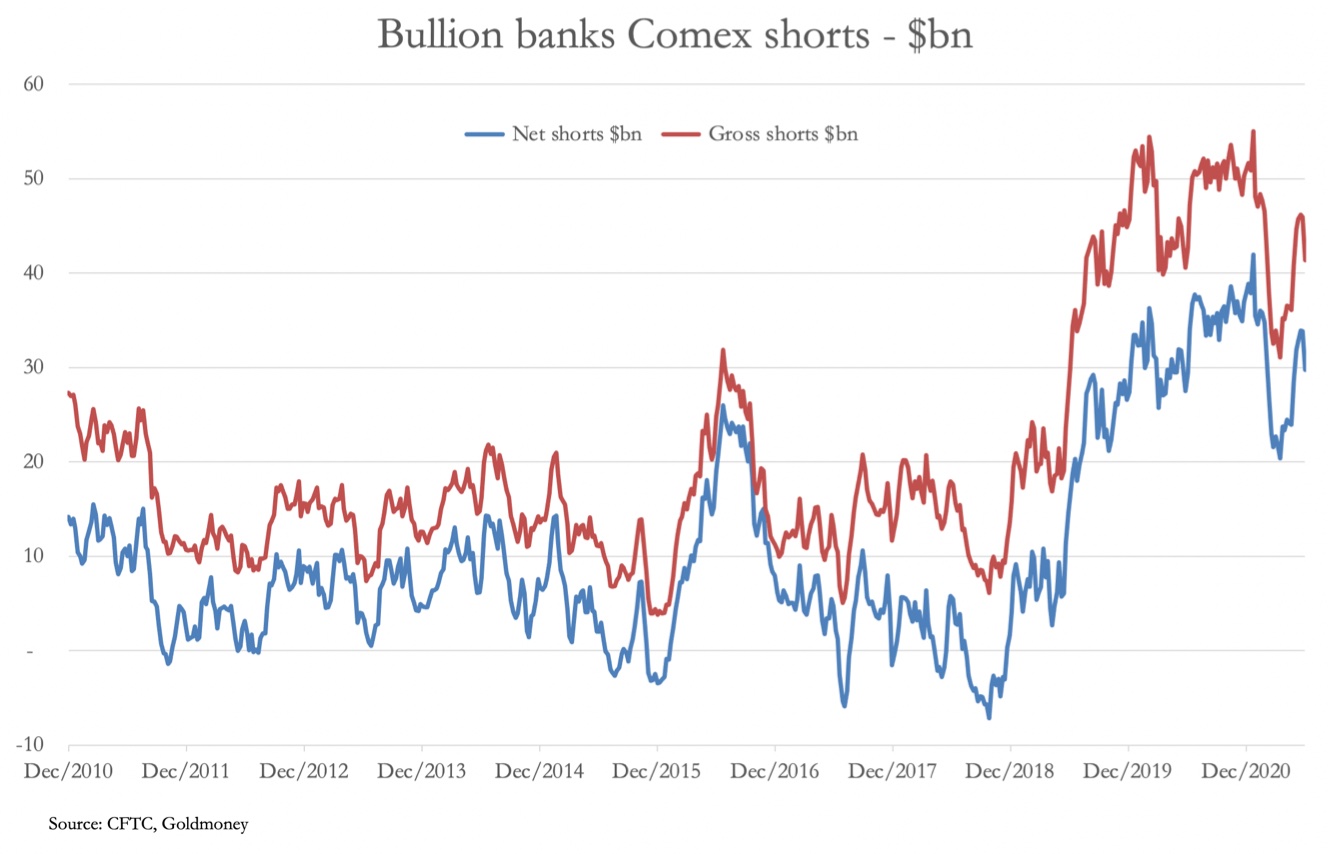 This is not a surprise, and it leaves the bullion banks with an improved position, particularly when the fall in price is taken into account.

At today’s price of gold, the gross short position is down to $41.4bn, and the net is at $29.8bn. And since then, Open Interest has also contracted by another 14,000 contracts. Still high, but not so painful.

Clearly, the Swaps are managing to shake out the bulls, but with Friday’s open interest at 466,106 contracts, further contraction appears limited. This is our last chart.

HOW MANY LONGS ARE LEFT TO SHAKE OUT?
Gold Open Interest Has Collapsed Near Recent Lows 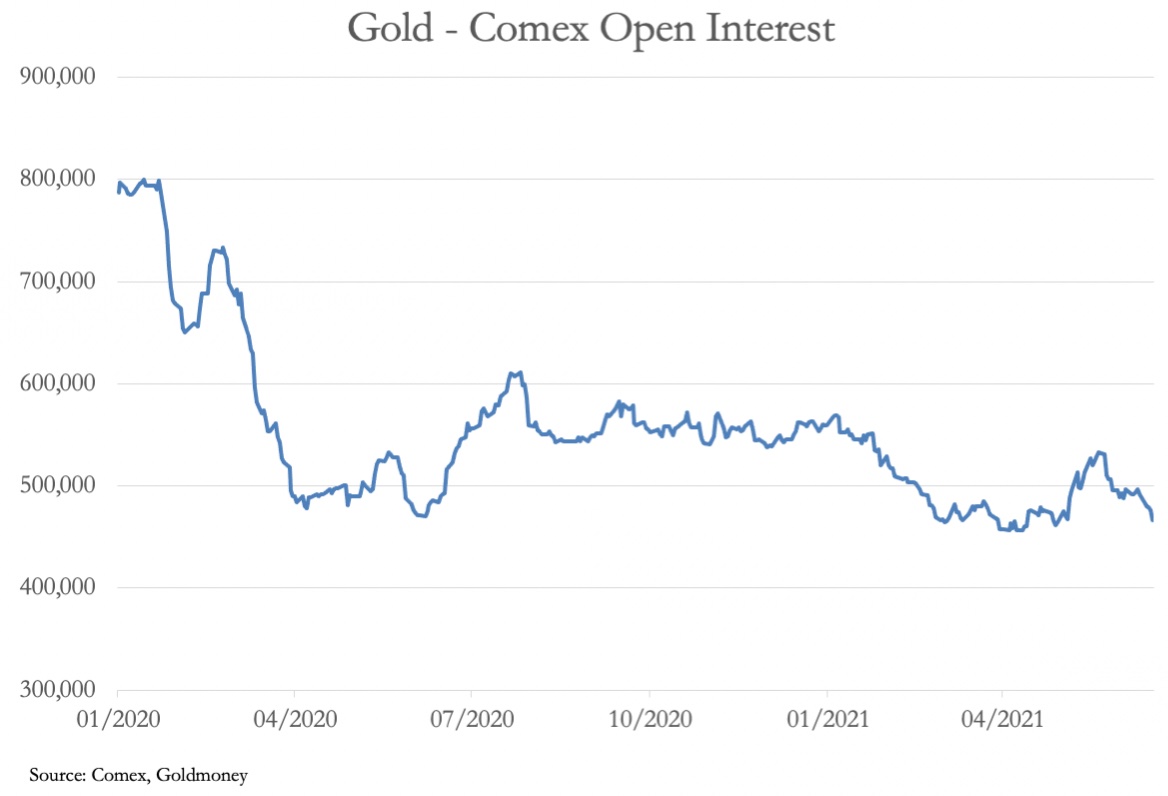 But the other prize for the Swaps has been getting call contracts to expire worthless and having taken gold down from over $1900 at the beginning of the month, this has been very profitable.

All this changes next month, and the swaps will rely on growing fears of deflation, the narrative increasingly pushed as a result of the FOMC statement last week. We will need to watch the dollar’s trade weighted index, the bond market and importantly the S&P 500 index. If the S&P crashes, the Swaps will take gold down with it before it is right to buy. Remember that on the Lehman failure gold was marked down from $950 to $700, before it ran up to $1920 over the next three years…

Those of us who understand the value of sound money will grasp the opportunity to get some cheap gold, if it is offered.