On the heels of today’s takedown in the gold and silver markets, Michael Oliver, the man who is well known for his deadly accurate forecasts on stocks, bonds, and major markets, spoke with King World News about the takedown in the gold market, why next week is so important and why he remains so incredibly bullish.

Panic Day
August 6 (King World News) – Eric King:  “Michael, obviously we are having a panic day here in the gold and silver markets with the price of gold down at one point tumbling $50 and silver trading down $1, but you always step back and look at the big picture.”

On a short-term basis, this decline that we’ve finally had this week — because if you look at the past 4 or 5 weeks they’ve hovered like a quiet little clump of ink mostly above $1,800 gold, so they’ve been selling it for 4 or 5 weeks now and they couldn’t get any downside — finally they got some downside. It looks like they’ve spent too much time (trying to break the gold market). In other words, when we measure weekly momentum, we measure weekly bars, and frankly this is week 4 down on momentum, not price. So the clock is ticking for the bears. I would say they’ve got next week and that’s it. So if they don’t get any real damage by then, they’ve already shot their wad.

Golden Stick Of Dynamite
We believe the March $1,673 low was the corrective low. And we think everything that’s occurred since then is in-between noise. Meaning, in between the low and setting up to challenge the high again. But momentum has a stick of dynamite above this level that could really get things going on the upside. And the level we want to see…to continue listening to one of the most important interviews of 2021 with the man who is known for his deadly accurate predictions on major markets CICK HERE OR ON THE IMAGE BELOW. 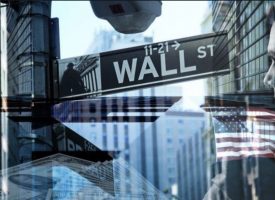