With major markets all over the globe on the move, today James Turk spoke with King World News about silver, which he called “one of the most undervalued assets on the planet.” Turk also noted that the price of silver may finally be ready to skyrocket and included two remarkable charts.

Silver Breaking Out To The Upside
James Turk:  “We have been waiting for five years for silver to reverse course and turn higher, Eric, and now it has finally happened. Silver is breaking out to the upside.

The strength we have seen so far this year is remarkable, and the power silver has shown over the last few weeks is icing on the cake.

Before we get into the potential for silver, I would like to first look at the following chart. It no doubt will be familiar to KWN readers because you and I discussed it so many times over the years while watching this chart pattern develop. 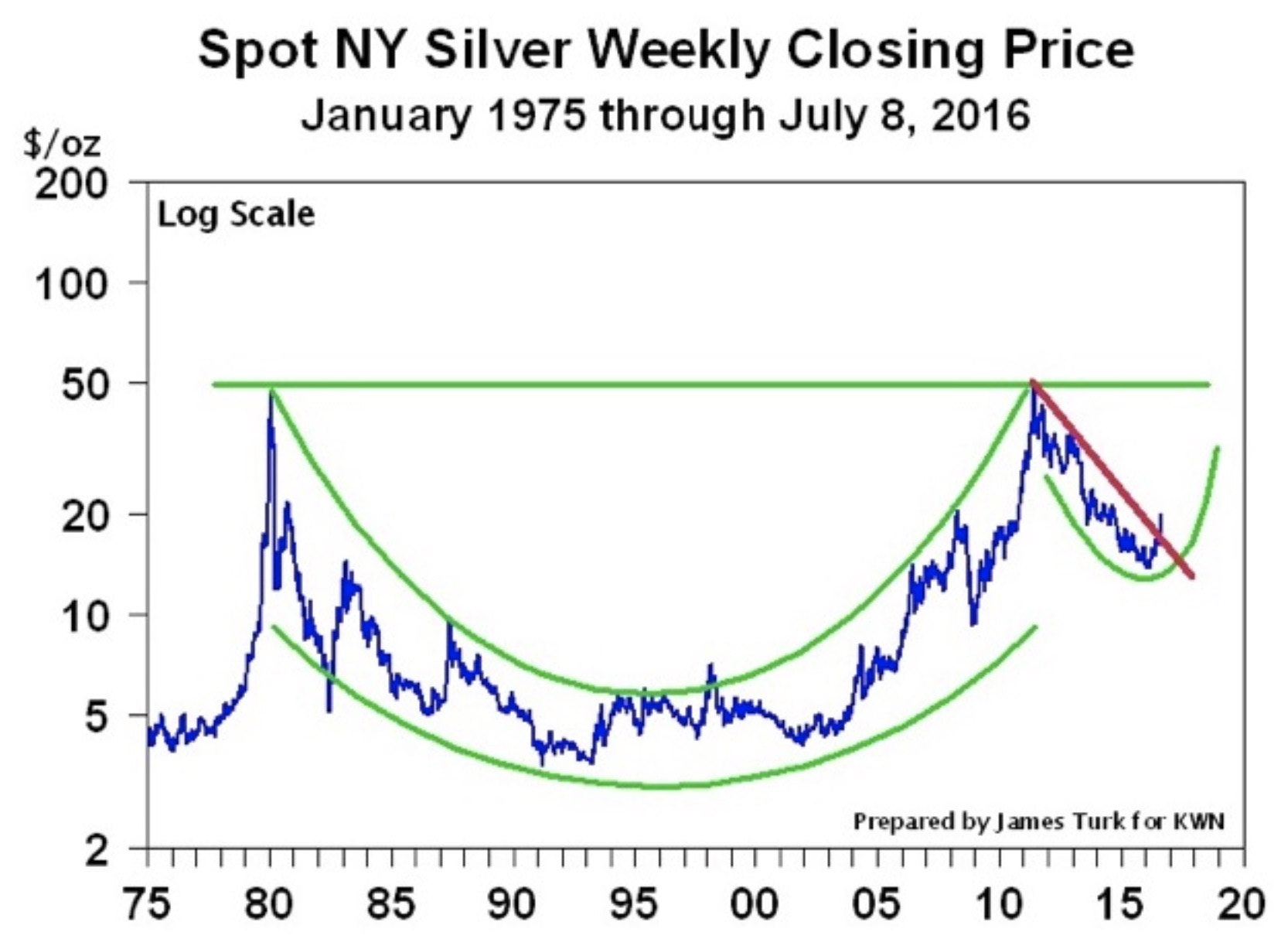 What we can see in this weekly silver chart are two distinct patterns drawn in green. Both of these patterns delineate a base, each of which shows the distribution by weak hands resulting in declining prices that is eventually met with accumulation by strong hands and rising prices.

The first long-term pattern is a rounding bottom called a “cup.” It shows distribution from the 1980 peak to the early 1990s, followed thereafter by a decade trading range and then a decade of massive accumulation resulting in higher prices. In other words, over this period silver moved from overvaluation and selling by weak hands, to undervaluation and buying by strong hands – until April 2011 when it reached the previous record high of $50 set in January 1980. 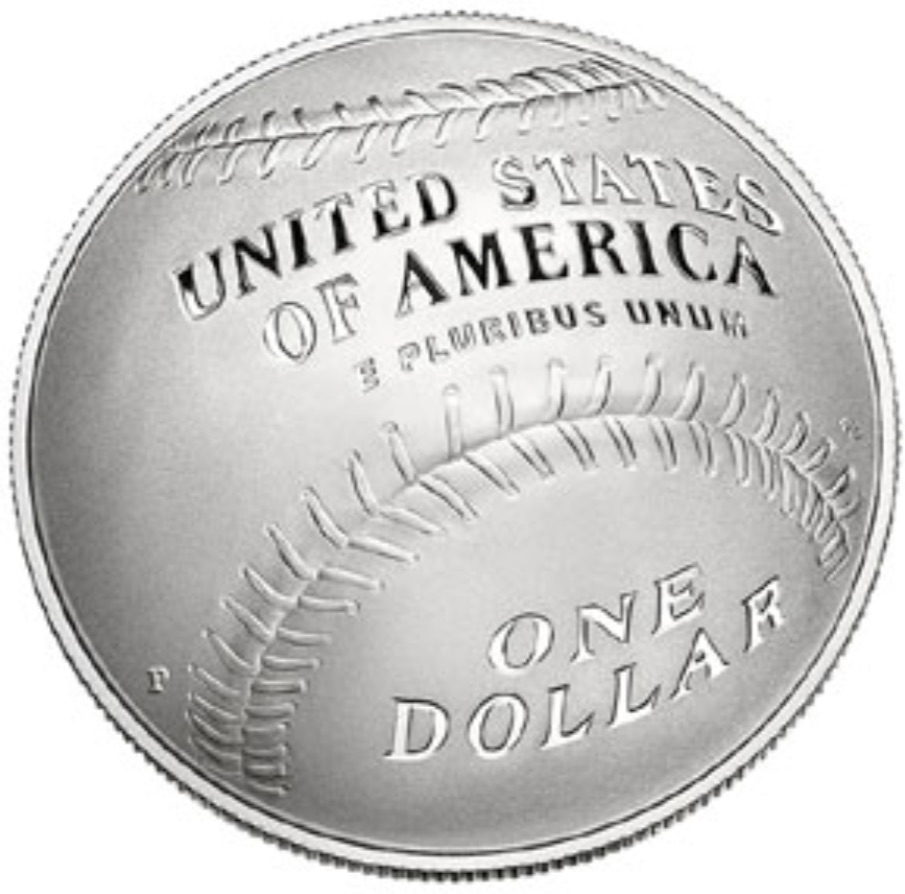 A Silver Curveball
Silver then threw us a curveball. Instead of breaking out and making a new record high back in 2011, the silver price began dropping.

Because there are many fundamental reasons to remain long-term bullish on silver, I have been expecting this chart to form a new and smaller rounding bottom than the 1980-2011 pattern. Importantly, the odds of that happening have significantly improved because silver has broken above its 5-year downtrend (red line on the above chart).

Silver is now evolving into a pattern called a “cup with a handle,” which potentially is very bullish. I say “potentially” because that “handle” is still being formed. So more of the story has yet to be told.  The pattern will only be complete when silver moves above the top of the cup (the green horizontal line), which is its record high of $50.

Perhaps the chart pattern will fail, or perhaps the pattern will complete in the months ahead with silver moving higher to completely form the handle, which is what I expect. To show how quickly it could happen so that we stay focused on silver’s potential here, I’ve drawn two identical ovals on the chart because sometimes history does repeat. 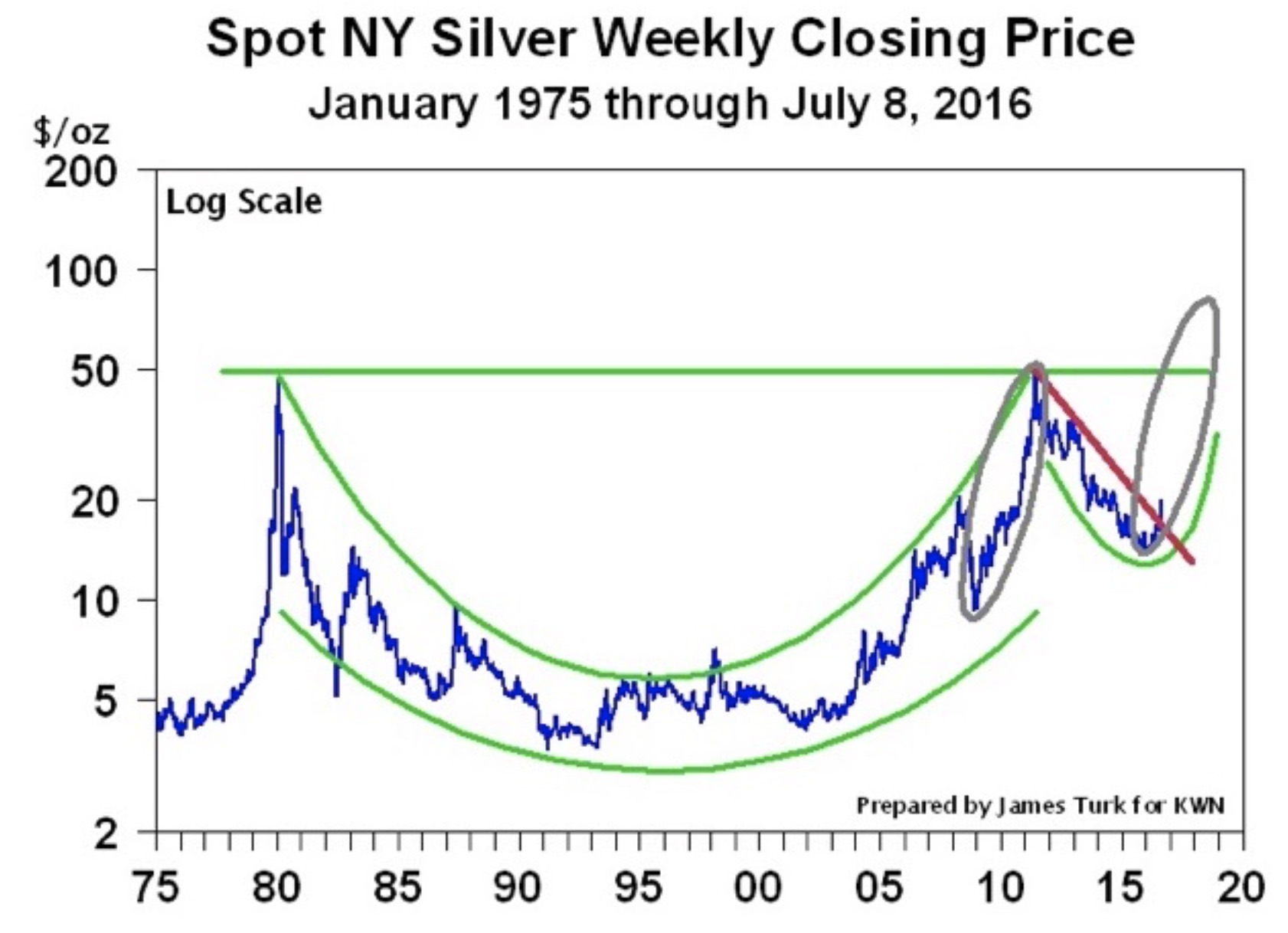 From $14.82 in February 2010, the silver price had nearly tripled just 14 months later. But I would like to draw attention to when the big move actually started several months later.

The Price Of Silver May Finally Be Set To Skyrocket!
You and I both remember this event because we discussed it many times back then how silver went sideways in the $17 – $18 range for weeks on end. Eventually at the end of August 2010, silver dipped below $18 for the last time and never looked back. Only eight months later, it was nearly $50.

I have drawn a second oval matching the first one. I think silver’s advance from here could match the speed and distance of its 2010-2011 advance, which would put silver hurdling over $50 by next year, if not this year. If that happens, then silver will resume its long-term bull market by bettering its January 1980 peak, which most commodities have already done.

In summary, the outlook for silver is spectacular, and my recommendation for both precious metals remains unchanged. Accumulate gold, and if you are inclined to accept the greater volatility, then accumulate silver as well on a cost-averaging program with monthly purchases, or quarterly if it fits your budget. By doing so you are saving sound money, which is a crucially important strategy to help protect your wealth.”

***Also Just Released: This Is A Huge Surprise Click Here.