Silver is holding strong on its mega backtest as we kickoff trading this week. We living in interesting times we are interesting, plus a look at more inflation.

Silver
September 13 (King World News) – Graddhy out of Sweden:  These mega backtests for leading, major miners should not be over-looked. They are further clues for that pm metals most probably put in a synced major low on Aug 9th. Said 2 months ago these backtests would hold, and they are holding. 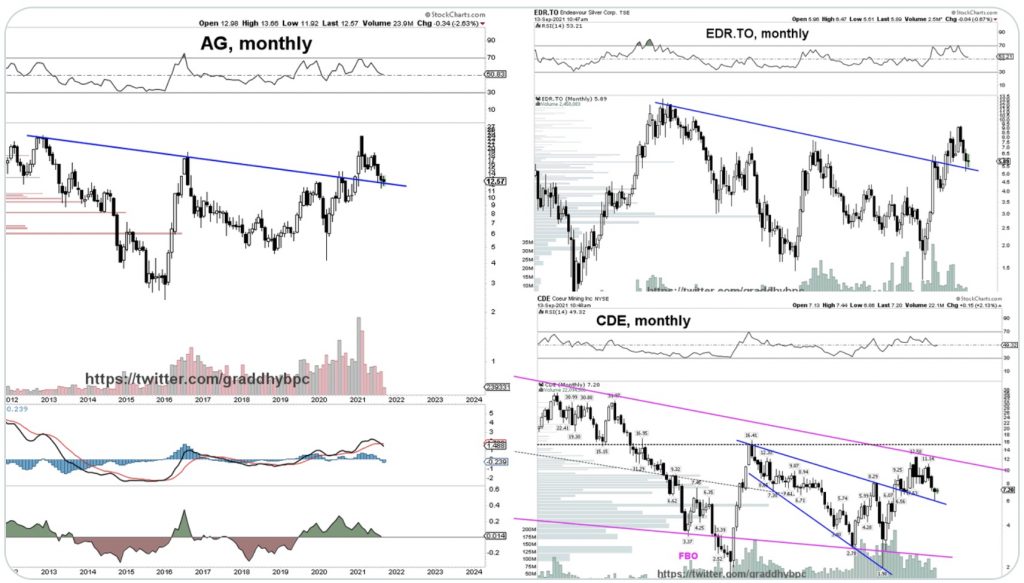 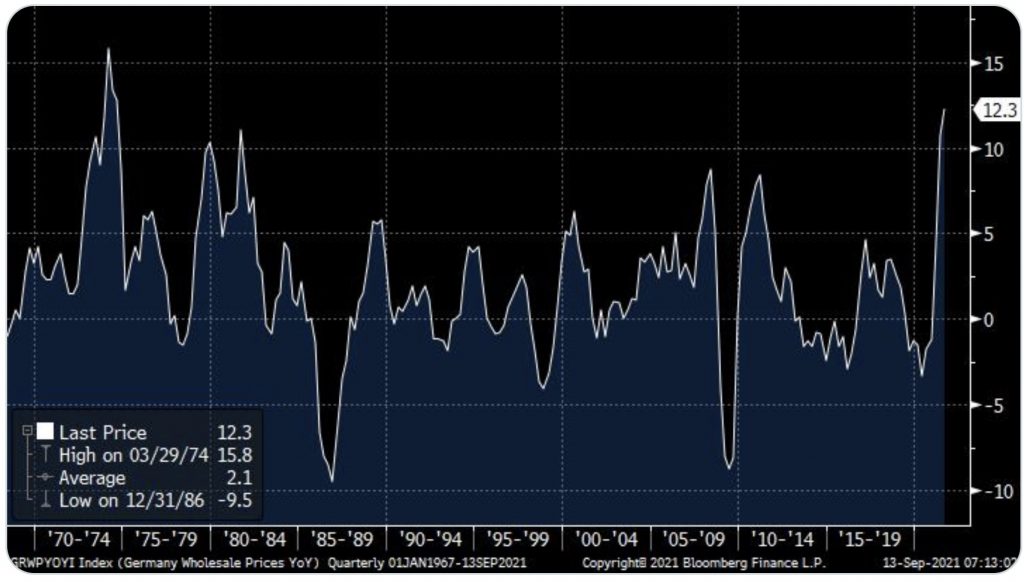 Inflation Expectations In Europe Break Out To Upside
Peter Boockvar:  Maybe because Christine Lagarde and ECB have made it clear that they are going to slow walk any taper and they’ll be stuck with negative rates for years to come after already 7 years with it, inflation expectations in the Eurozone keeps rising. Today the 5 yr 5 yr Euro inflation swap, which Lagarde was asked about at her press conference and said she’s watching it but along with other metrics, is breaking out to the highest since January 2017 at 1.79% and is just a few bps from the highest since December 2015. 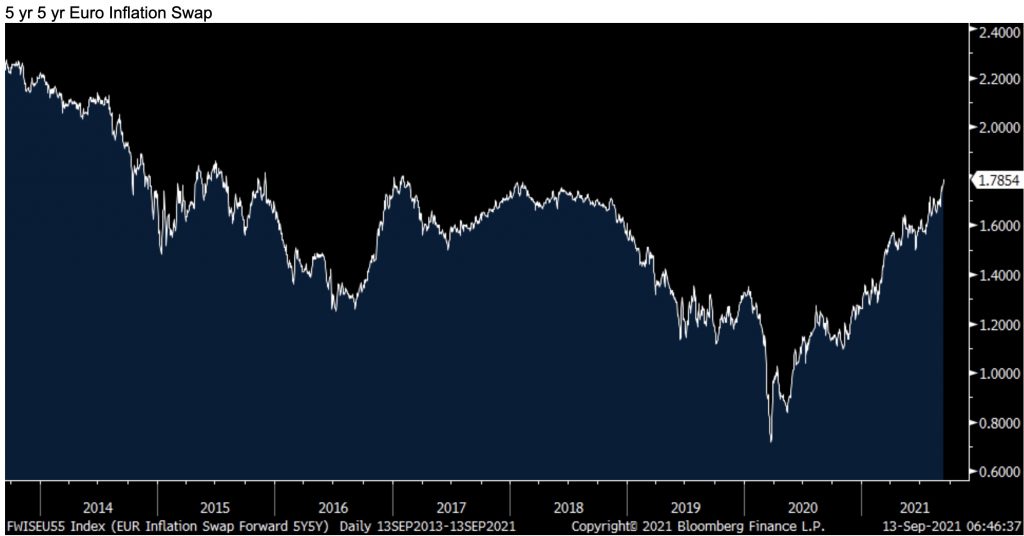 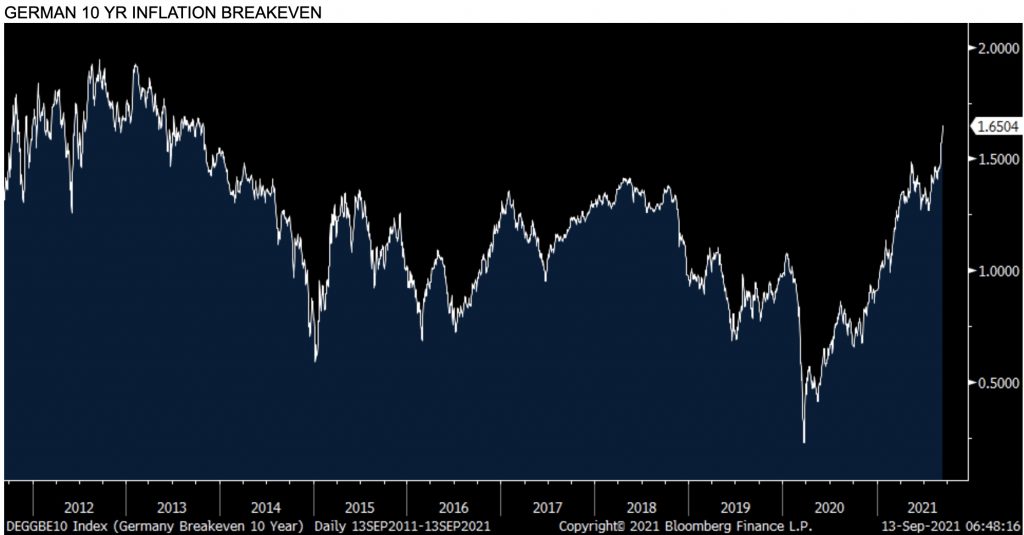 The Eurozone is a land of sovereign bonds with mostly minus signs in front of the yield and thus is wholly unprepared for any period of sustainable inflation. Thus, the markets at least over the past week have completely faded the ‘transitory’ opinion of inflation that Lagarde expressed last week.

Concern Over Germany’s Rising Inflation
One of the German ECB members and an Executive Board member, Isabel Schnabel, today is expressing some concerns with inflation today. “The longer the supply chain problems persist, the greater the likelihood that firms will pass through their cost increases into consumer prices. Indeed, we now see that an increasing number of firms in the euro area, and in Germany, are raising their prices and further price increases are to be expected.” And while Schnabel also said “The prospect of persistently excessive inflation, as feared by some, remains highly unlikely”, what might the ECB possibly do about it if it is? “Should inflation sustainably reach our target of 2% unexpectedly soon, we will act equally quickly and resolutely.” On that last point, easier said than done I say as acting quickly would result in a massive selloff in European bonds and with global repercussions. Interesting times we’re entering.

Meanwhile In The UK
Let’s not stop there. The UK 10 yr inflation breakeven today is up 3.5 bps today to 3.76%, the highest since July 2008. So not only does higher inflation impact the economy directly, but it’s also creating a whole new playing field for central bankers that the current crop has never been trained on. 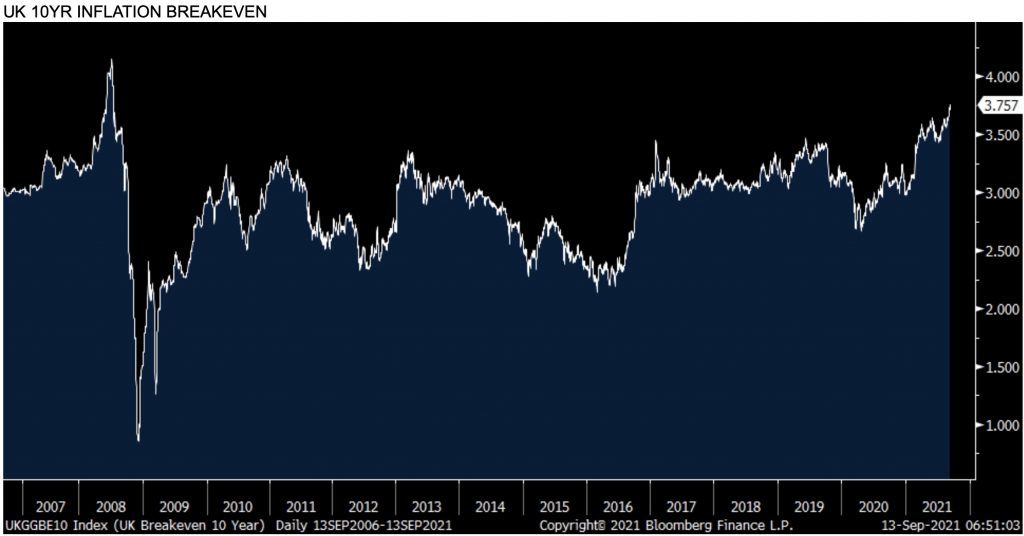