The price of gold and silver are surging along with mining shares as we come to the end of another solid week for the metals.

Gold & Silver Pop As Economic Clouds Darken
May 15 (King World News) – Ole Hansen, Head of Commodity Strategy at Saxo Bank:  Following more than a month of rangebound trading, gold finally managed to break the shackles that had kept it tied to $1700/oz. Renewed stock market weakness, a warning about the outlook from the U.S. Federal Reserve and a continued surge in the number of people joining the jobless queue are just some of the recent drivers.

The Covid-19 pandemic remains a very difficult beast to beat and it carries the risk of re-emerging in places where it had been knocked back. While still not under control in many countries, the U.S. and others risk a prolonged impact with some states or regions attempting to reopen before having the virus under control.

Gold’s breakout above $1720/oz has added some extra spice to silver with the gold-silver ratio falling to 106 (ounces of silver to one ounce of gold), the lowest since mid-March. The next key levels for the market to target are $16.5/oz followed by $17.50/oz. Gold meanwhile may need to break the April high at $1747/oz before seeing renewed activity from hedge funds who, just like silver, had spent the past month reducing bullish bets. 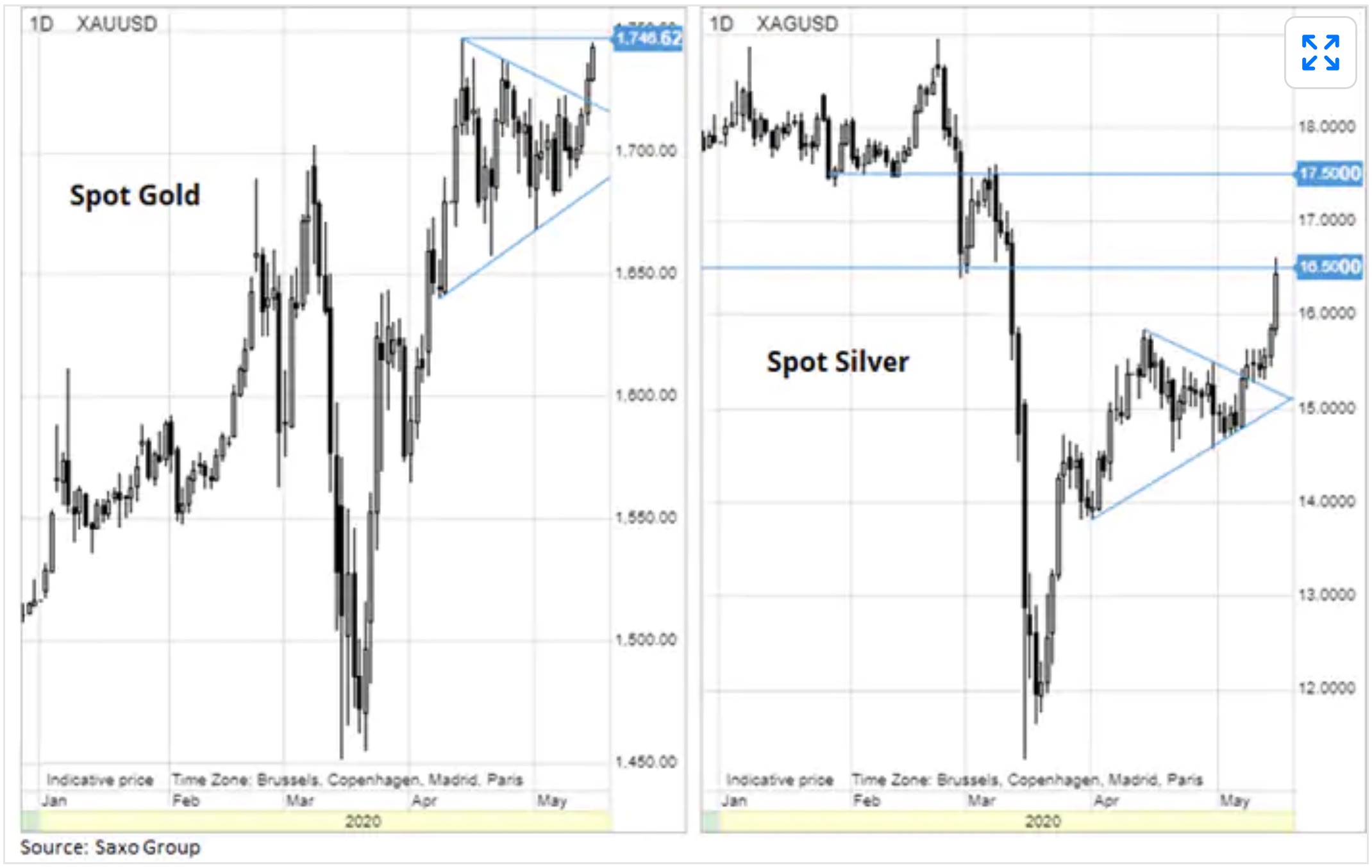 Straying on the subject of so-called paper demand for precious metals, there has been a major divergence between tactical and momentum following trading firms like most hedge funds and longer term investors, both retail and institutional, using exchange-traded funds backed by silver and gold metals. The Commitments of Traders report covering the week to May 5 showed that hedge funds, spooked by the near 40% collapse from February to mid-March, had cut bullish bets on silver by 85% since February to an 11-month low. Apart from a small dip in March, ETF investors have been continued buyers of silver ETFs since January. Total holdings have reached a record 98 million ounces. The same development can also bee seen in gold with ETF holdings continuing to reach new record highs while hedge funds have cut their futures net-long to an 11-month low. 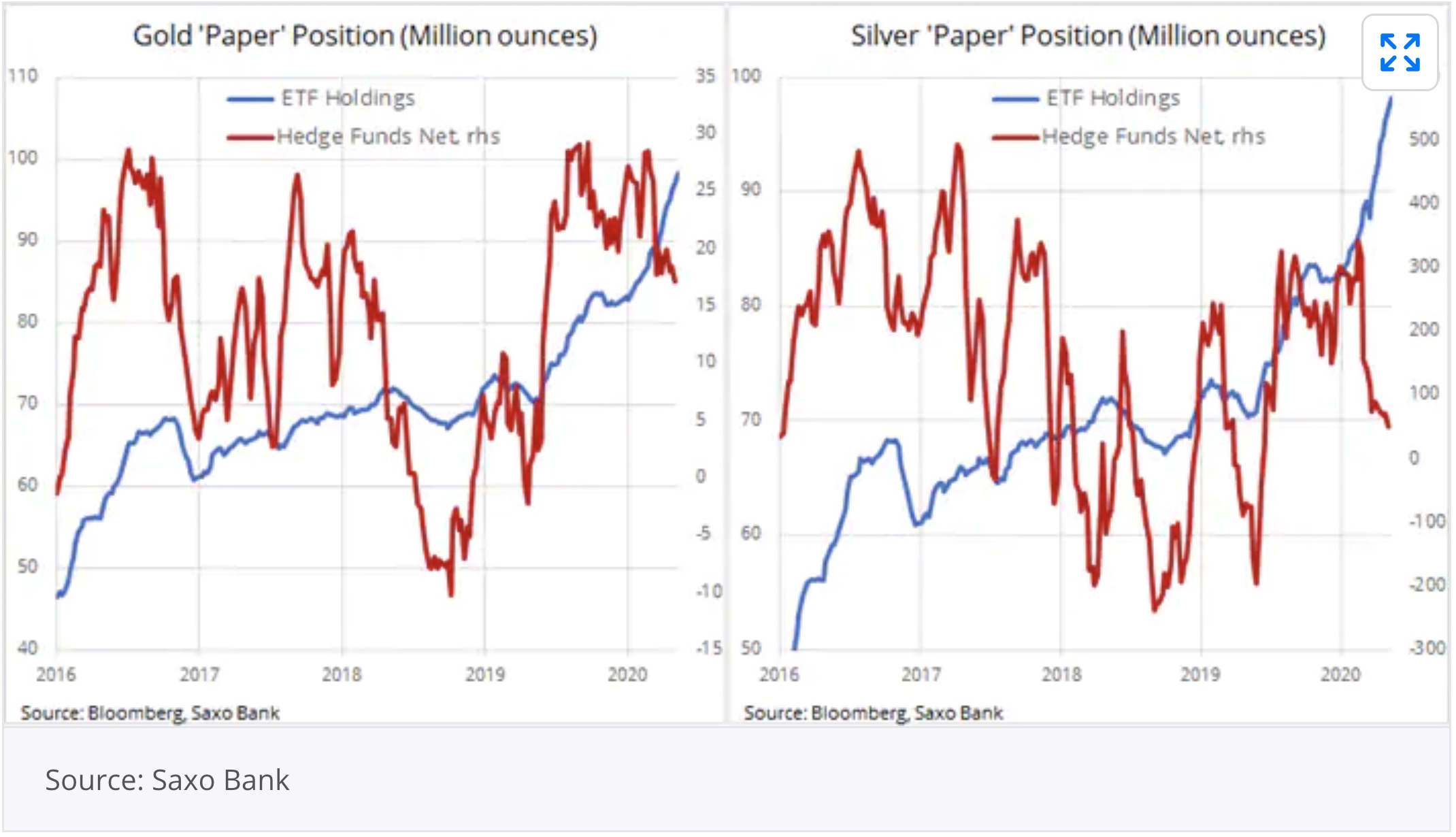 Also supporting metals in general are reports from Chinese research houses that commodity traders are hoarding tangible assets. Metal companies got cheap Covid-19 loans from banks and they seem to have piled that money into commodities, betting on a price recovery that is more profitable than their production activities. Something that may also partly explain copper’s recent strength and drop in inventories monitored by the Shanghai Futures Exchange.

Summary:
Gold and silver broke higher this week as we started to see the horrendous damage done to the global economy from many weeks of inactivity. The crude oil market, having rallied strongly on production cuts and a pickup in demand, will find a plateau soon as a further demand recovery may begin to slow. Precious metals look set to rally further on safe-haven and diversification demand, while food commodities will generally stay subdued on the outlook for ample supply.