Gold is now on the cusp of a major breakout similar to 2016 but with way more firepower.

Similar To 2016 But With Way More Firepower
June 14 (King World News) – From Movement Capital:  “Gold’s price is similar to summer 2016 levels but trader positioning is only half as net long.” (See chart below)

Gold Spec Positioning Half What It Was In 2016! 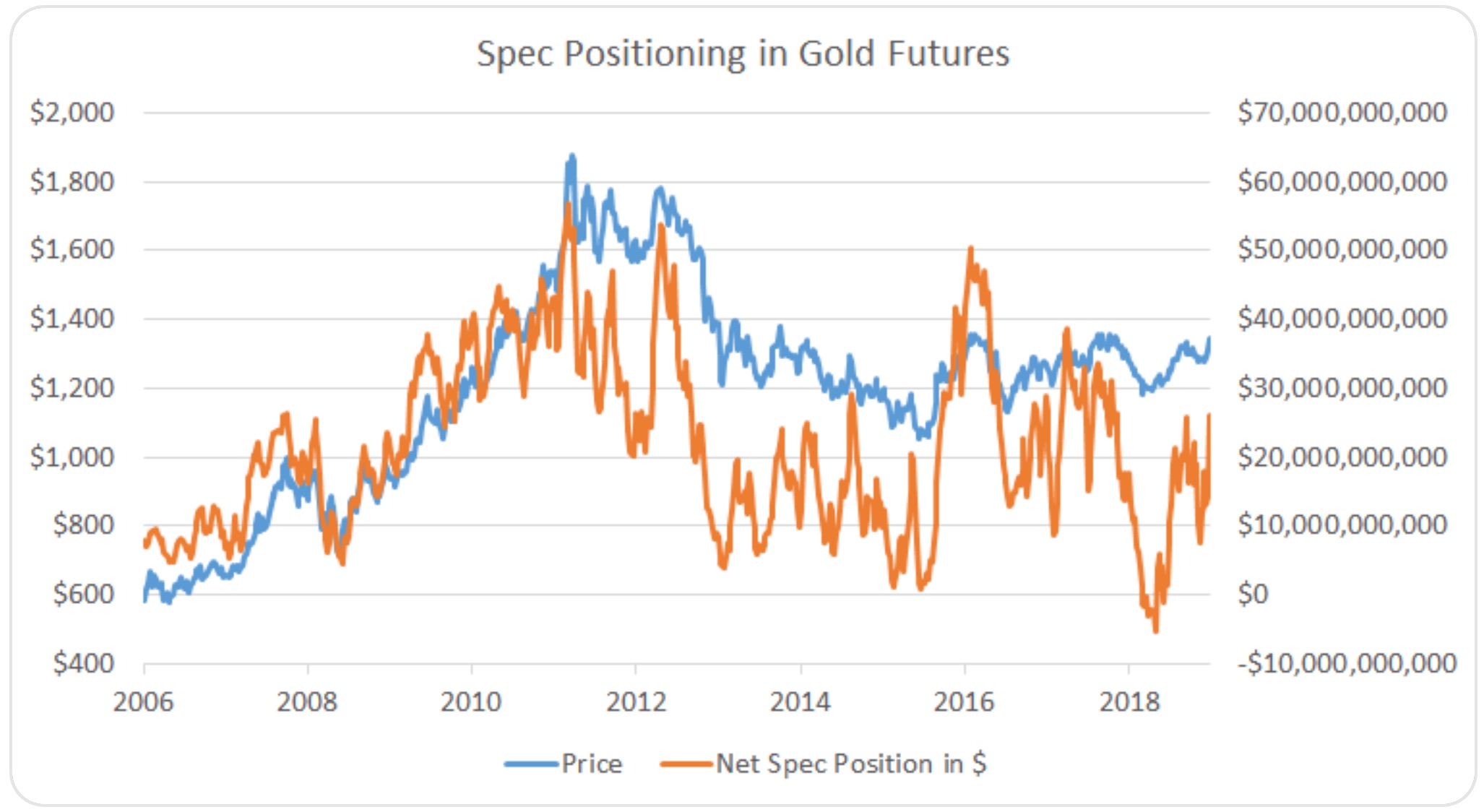 King World News note: The point being made here with the comments and chart above is that there is enough speculative firepower, in theory, to carry the gold market to much higher levels, well above the key breakout points.

Gold On The Cusp Of A Major Breakout
Fred Hickey weighs in on the war in the gold market:  “Even if gold bears succeed in capping this latest rally below $1365 breakout level, they won’t keep it down for long. Don’t have firepower (positioning) they’ve had in past & economic circumstances (economic slowdown, Fed slashing rates) are totally different (favorable for gold). Gundlach, Zell, Druckenmiller, Dalio, Tudor Jones & more big names all buying gold. Gold this AM at highest level in over a year & on cusp of major breakout. Fed rate cuts ahead, reducing interest rate differentials for dollar. How can investors not own gold?”

***Also just released On The Heels Of Paul Tudor Jones Bullish Comments On Gold, A Monumental Shift In Sentiment Just Took Place In The Gold Market CLICKING HERE OR ON THE IMAGE BELOW.