Today Michael Oliver, the man who is well known for his deadly accurate forecasts on stocks, bonds, and major markets, gave King World News an important update on the silver market warning that a massive breakout will send the price of silver into the upper $20s.

Silver
May 30 (King World News) – Michael Oliver:  MSA argued that silver’s upturn from the March bear trap low of $11.73 would likely yield a more rapid and dramatic percentage gain than most markets. And so far it’s gained 57% in ten weeks.

And we think a much more rapid upside phase is about to be triggered.

We also add this comment. As the debt implosion and monetary explosion now underway become more evident to analysts and investors, silver will be reborn as the poor man’s gold and be greatly sought. Emotionally sought… 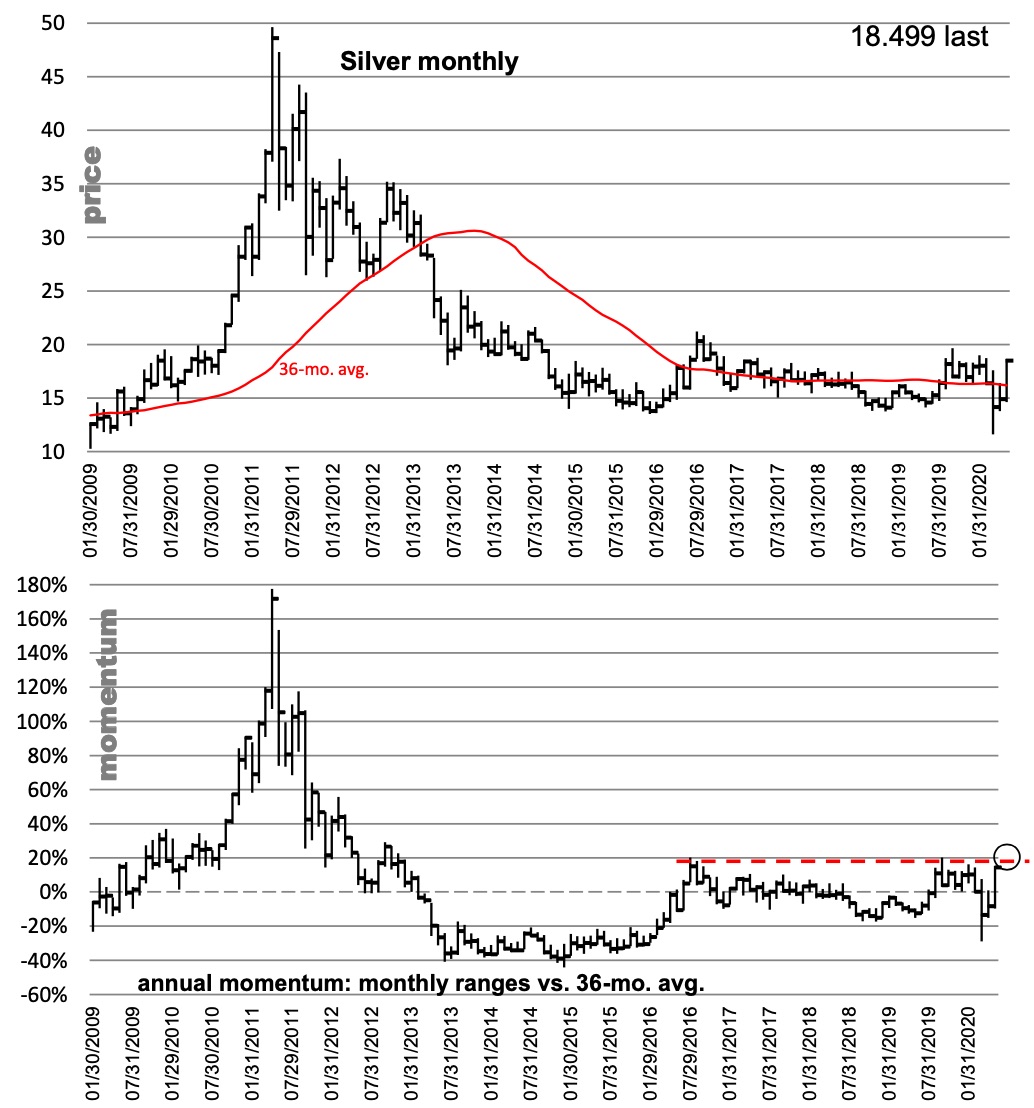 Massive Silver Breakout Targets Upper $20s
That would be a massive triple-top breakout by reaching 20% over, and occurring at a shallow momentum level—meaning a lot of overhead room to run. Our expectation is that the rapid response to that $19.44 breakout level will be a move into the upper $20s before any serious pause.

If you think the U.S. stock market (in either direction) or any other asset category can offer that sort of move quickly, then go for it. We don’t. We’re focused on silver due to its current and pending dynamics. This was only a small portion of the entire report this weekend. To subscribe to Michael Oliver’s MSA annual click here.

Also, regarding silver and gold…

Silver Will Continue To Outperform Gold
Top Citi analyst Tom Fitzpatrick:  “Silver continued to do well and the Gold /Silver ratio remains heavy. It closed the week up another 3.8% while Gold had a small down week. The Gold/Silver ratio had a large bearish outside month suggesting a move towards 80 is possible (Last 96.81), so we would expect this Silver outperformance to continue for now. Silver also broke a good level at $17.61-$17.63 that should open up the way for a quick move towards $19.

Bullion Banks Fleeing Comex
***Also Released: Get Ready, The Next Collapse That Is About To Unfold Is Going To Shock The World CLICK HERE.

RECORDS BEING SHATTERED: “We’ve Never Seen Anything Like This Before”