It’s time for real “store of value” as gold readies for another big surge higher, plus inflation and more.

It’s Time For Real “Store Of Value”
May 19 (King World News) – Fred Hickey:  It’s time for the real “store of value” to stand up and take its rightful position, protecting wealth from turmoil, as it’s done for thousands of years… 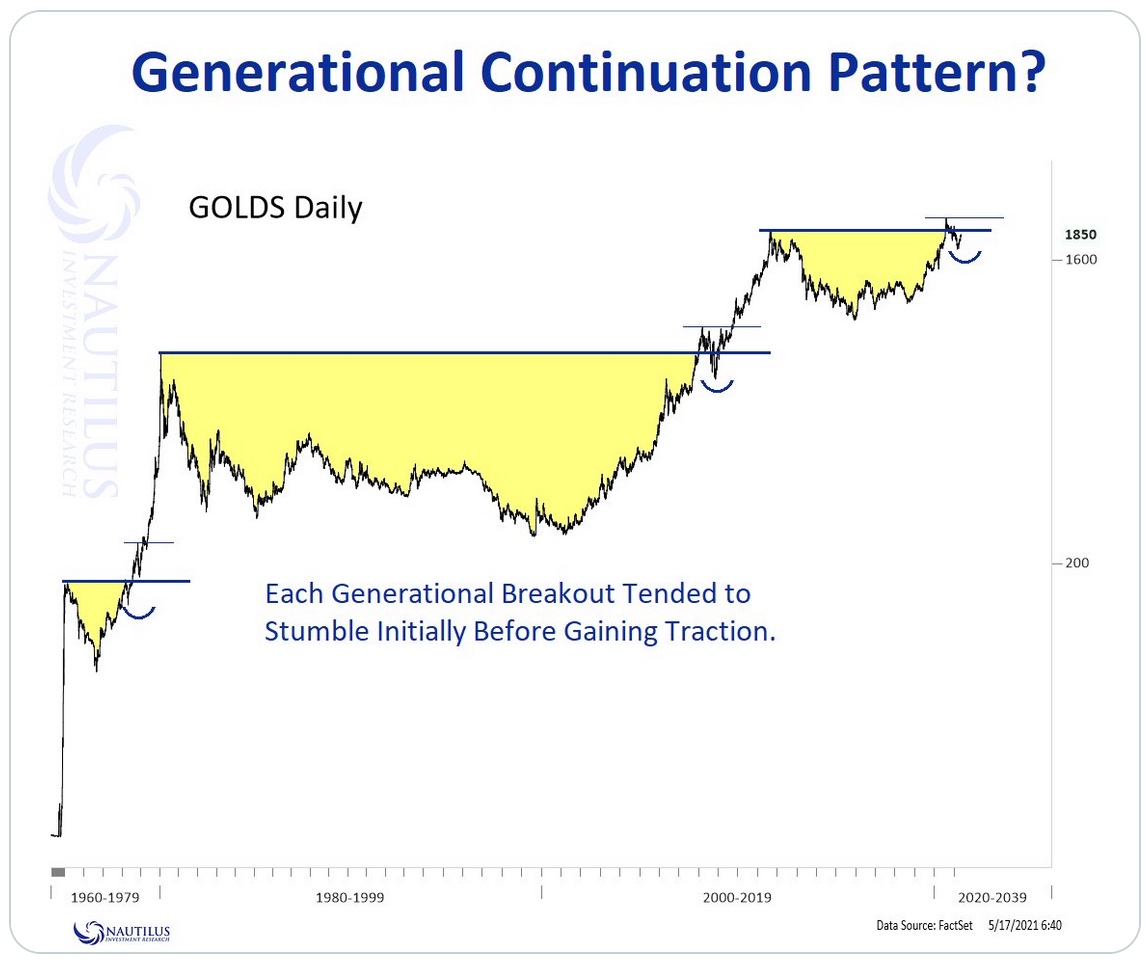 Inflation
Peter Boockvar:  I saw the front page of Barron’s over the weekend:

Inflation 2 Years Ago
But I also remember this one two years ago: 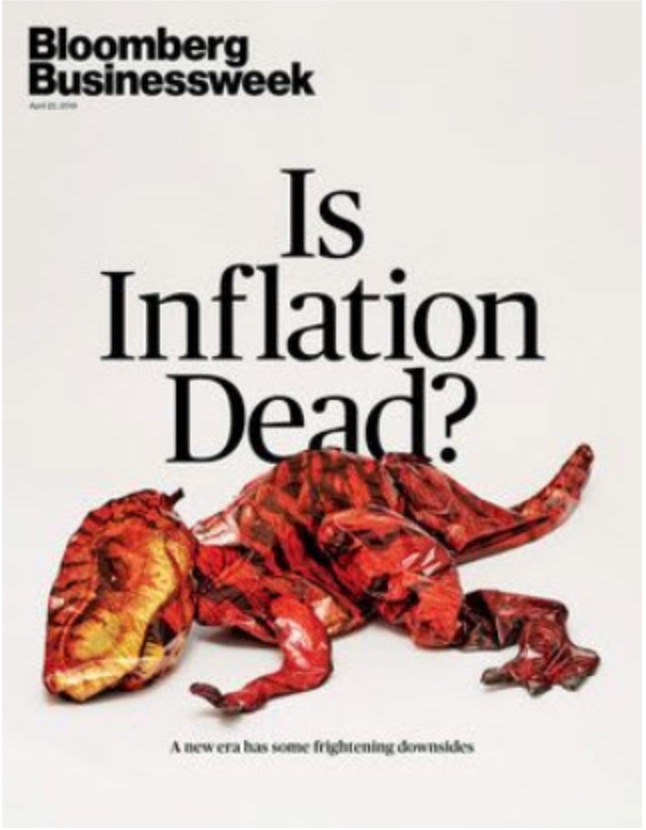 Just as the Fed in its financial stability report out a few weeks ago stated the obvious, the ECB did today but there is nothing like hearing from institutions that encourage people to play with financial fire and then get worried that we might actually see a fire. The ECB said “The recent rise of long term interest rates has increased focus on asset repricing risks, which may affect non bank financial institutions with high duration, liquidity and credit risks.” After crushing bank profits via NIRP and QE and encouraging banks to buy sovereign bonds, “Euro area bank valuations have improved, but profitability challenges remain. Interlinkages between sovereigns, banks and corporates may amplify risks to financial stability.”

10% Stock Market Correction Is Child’s Play
The ECB evens talks about the risks of a 10% stock market correction in the US as a risk even though a 10% correction historically happens EVERY year. “A 10% correction in US equity markets could therefore lead to a significant tightening of euro area financial conditions, similar to around a 3rd of the tightening witnessed after the coronavirus shock in March 2020.” A 10% correction is child’s play for market veterans. I’ll argue that the biggest risk to global financial markets is an unwind of the biggest financial bubble history has ever seen, that of the European bond market with Mario Draghi the architect. Once an asset that becomes a liability to its owner via negative rates is the epitome of a bubble.

There was acknowledgement of the risks of a rise in yields. “Many euro area investment funds, insurers and pension funds are exposed to a further rise in yields or a correction in credit markets…in their search for yield over recent years, non banks have increased the duration risk of their debt securities portfolios to multi year highs.” Obviously encouraged by the ECB and rates are rising because the ECB is getting the inflation it has been wanting.

They even chimed in on Bitcoin as it trades below $40,000 today, “the surge in Bitcoin prices has eclipsed previous financial bubbles like the ‘tulip mania’ and the South Sea Bubble in the 1600s and 1700s.”

High Prices
‘High prices are the cure for high prices.’ We’ve heard that a million times before because the supply side always responds to high prices and demand backs off. I’ll argue that in this cycle, some parts of the supply side of the economy won’t be rushing back. Here are a few arguments:

Lumber
1) While I believe the lumber prices have likely peaked as parabolic moves are NEVER sustainable, prices should still remain high relative to where they were prior to the spike. In yesterday’s WSJ, “Few New Mills as Lumber Booms.” In the article, “Executives in the cyclical business of sawing logs into lumber said they are content to rake in cash while lumber prices are sky high and aren’t racing out to build mills, which can cost hundreds of millions dollars and take two years to build from the ground up.”

Oil & Gas
2) Oil and gas executives are not discussing how to ramp up investment in long term projects when they hear the daily drum beat of ESG and environmentalists that want to put them all out of business.

Bear Market In Shipping Is Over, But…
3) Dry bulk has gone thru a 10 yr bear market and won’t be rushing to add new ships any time soon.

The Power Of Shipping
4) We’ve seen massive consolidation over the past 5 years in container shipping that has given the remaining players a lot of pricing power that they never had before.

Chip Prices May Remain High
5) It takes two years to ramp up a new semiconductor plant.

Big Lag For Copper
6) It takes more than two years to get copper produced from a new discovery.

Housing Problems Are Real
7) We’ve seen 10 years of under building in housing that will take years to catch up.

Labor Costs
8) On labor costs, the decades of a flood of cheap labor overseas has mostly run its course.

These examples cover goods and transportation services but assume service inflation, 60% of CPI, will resume its 2.5-3% consistent upward trend. The 20 yr average is 2.8% per annum.

***To listen to James Turk discuss the key breakout numbers for gold, silver and the mining stocks as well as where the prices of gold and silver are headed long-term CLICK HERE OR ON THE IMAGE BELOW.