Here is a look at gold miners, crisis in Germany, economic distress indicator and more. 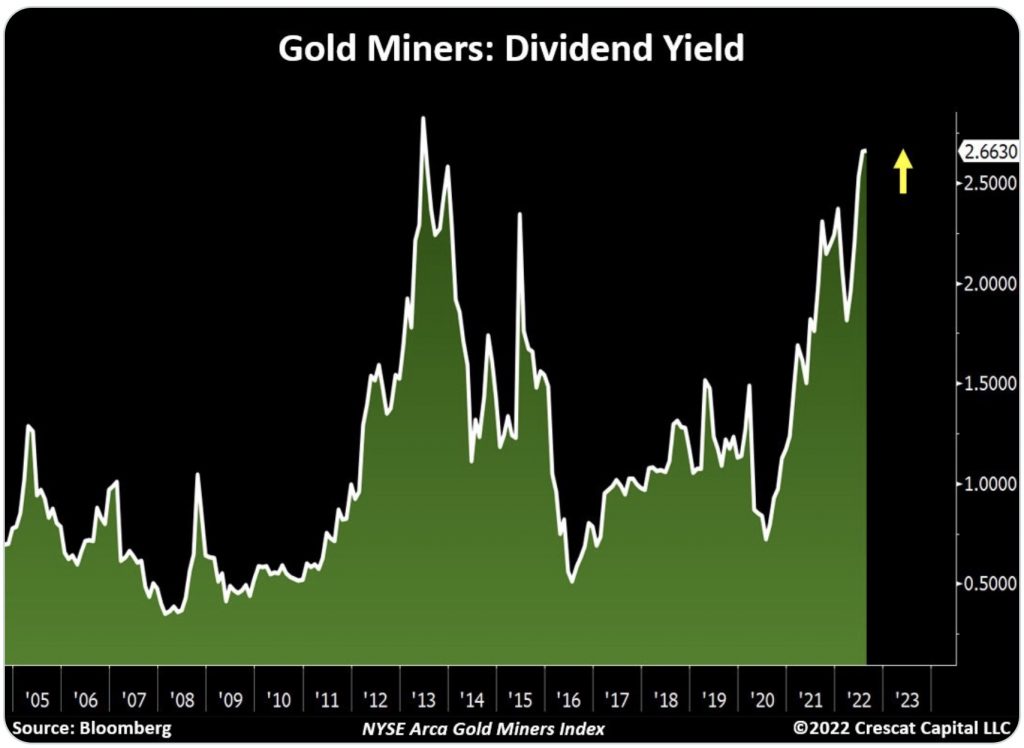 Crisis In Germany
Javier Blas:  BREAKING: Germany 1-year forward baseload electricity surges >€400 per MWh for the first time ever. We are truly into crunching territory for the country’s energy-intensive manufacturing industry. The current price is ~1,000% higher than the €41.1 per MWh 2010-2020 average.

Bulls Trying To Circle The Wagons
Art Cashin, Head of Floor Operations at UBS:  As we go to press, bulls are trying to circle the wagons after markets were shaken by a variety of unsubstantiated rumors about what was happening as Pelosi was said to approach Taiwan.  The anxiety took the markets to the morning lows so far and they are coming back as the latest rumors seem to indicate that the Chinese response may be economic sanctions rather than any military effort.  The fact that there was a flight to safety was evident by the fact that gold finally got off the floor and started to tick higher.

The bull’s strongest moment was after the plane was on the ground and there were no reports of incident or military harassment, although there was some suggestion of sanctions and banning imports.  You can see that as they rallied stocks off the lows.  Yields on the ten-year and others began to tick back up as the flight to safety became less intense.

Let’s take a quick look at the numbers and the technicals.

Traders duly noted that the pullback in the S&P made a marginally lower low and, in yesterday’s trading, so that may be viewed as finding some support.  The balance of the day will be interesting as we hope we move away from concerns about incidents around Pelosi and more about the market internals.

The bulls have recouped the ball.  Now the question is – can they begin to move it again on the upside?  If we make lower lows than we saw this morning, that would be a concession to the bears.

Economic Distress Indicator
Peter Boockvar:  I know people like to watch the 3 month/10 yr yield spread as the ultimate curve messaging but because of the influence of the Fed on the 3 yr, I prefer the 2s/10s as the 2s is a bit more market driven. That inversion is further deepening and now up to 35 bps from 30 bps yesterday and 24 on Friday.

Bond Inversion Deepest In The Past 20+ Years 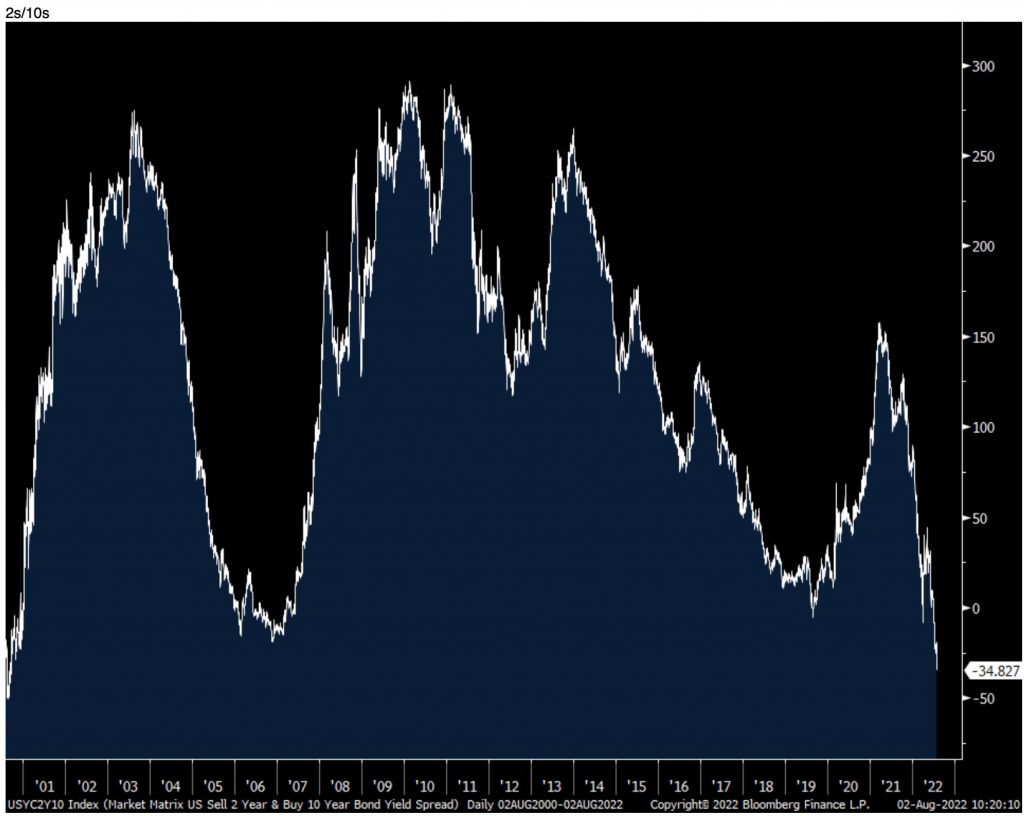 Fed speak begins again today post FOMC meeting as we hear from Bullard, Mester and Evans. The first two being voting members. If I hear again that a recession is not here or can’t happen because the unemployment rate is low, I want to whip out the below chart going back about 80 years of the unemployment rate with the shaded area being recession. The picture is worth a 1000 words.

This is what Dupont, a company whose chemicals go into so many things we use and wear every day, said in its earnings press release today “As we look towards the second half, demand and overall order trends in our key end markets remain solid, however, future uncertainties continue to exist including continued inflationary pressure, challenging supply chains, and US dollar strength against global currencies.”