On the heels of the Dow plunging over 800 points, here is what’s happening.

As Dow Plunges Over 800 Points Here’s What’s Happening
October 10 (King World News) – Here is a look at just a few of the reasons for the brutal selloff in the Dow from Peter Boockvar:  Last Wednesday, Investors Intelligence told us in their survey that the number of respondents expecting a Correction fell to a 6 1/2 year low. Perfect timing because we are down 4 days straight since then (now 5). It typically pays to fade extreme confidence in markets and how the mood shifted this past week…

Boockvar continues:  The average 30 yr mortgage rate is now above 5% at 5.05% to be exact according to the MBA (see chart below).

That drove a 1.1% drop in applications to buy a home with y/o/y growth slowing to 2% (still up though). Refi’s fell 2.6% w/o/w and remain down 32% from last year. Reflecting those that are trying to shield themselves from the rate rise, those choosing to take out an adjustable rate mortgage totaled 7.3% of loans which matches the most since June 2017. A 5 year ARM is at a rate of 4.29%. Either way, we know the housing market has slowed.

At the IMF/World Bank get together in Bali, the Chinese Associate Counsel of the Finance Ministry’s department of internal affairs told Reuters on the trade dispute with the US that:

“Currently the ball is in their court. But personally I’m a little bit more optimistic. The talks are still going on, via different channels. The cancellation (of official trade talks) is only one of them…If the world’s two largest economies cannot work together, the whole world will suffer.”

Stating the obvious, let’s hope this gets resolved one way or another sooner rather than later. The only caveat with these comments was the Chinese Finance Ministry quickly came out and said that this official’s views (his name is Zhou Qiangwu): “did not reflect the ministry’s official stance” according to Reuters. The market based offshore yuan is weaker but the onshore yuan is unchanged. Chinese stocks were up slightly for a 2nd day.

King World News:  Excessive bullishness combined with significantly higher interest rates and the trade war with China finally took its toll as stocks plunged more than 800 points today.  We will have to keep an eye on how sentiment shifts as well as watching the bond market very closely, especially since the commercials are at all-time record long positions in the US 10-Year Treasuries (see chart below). 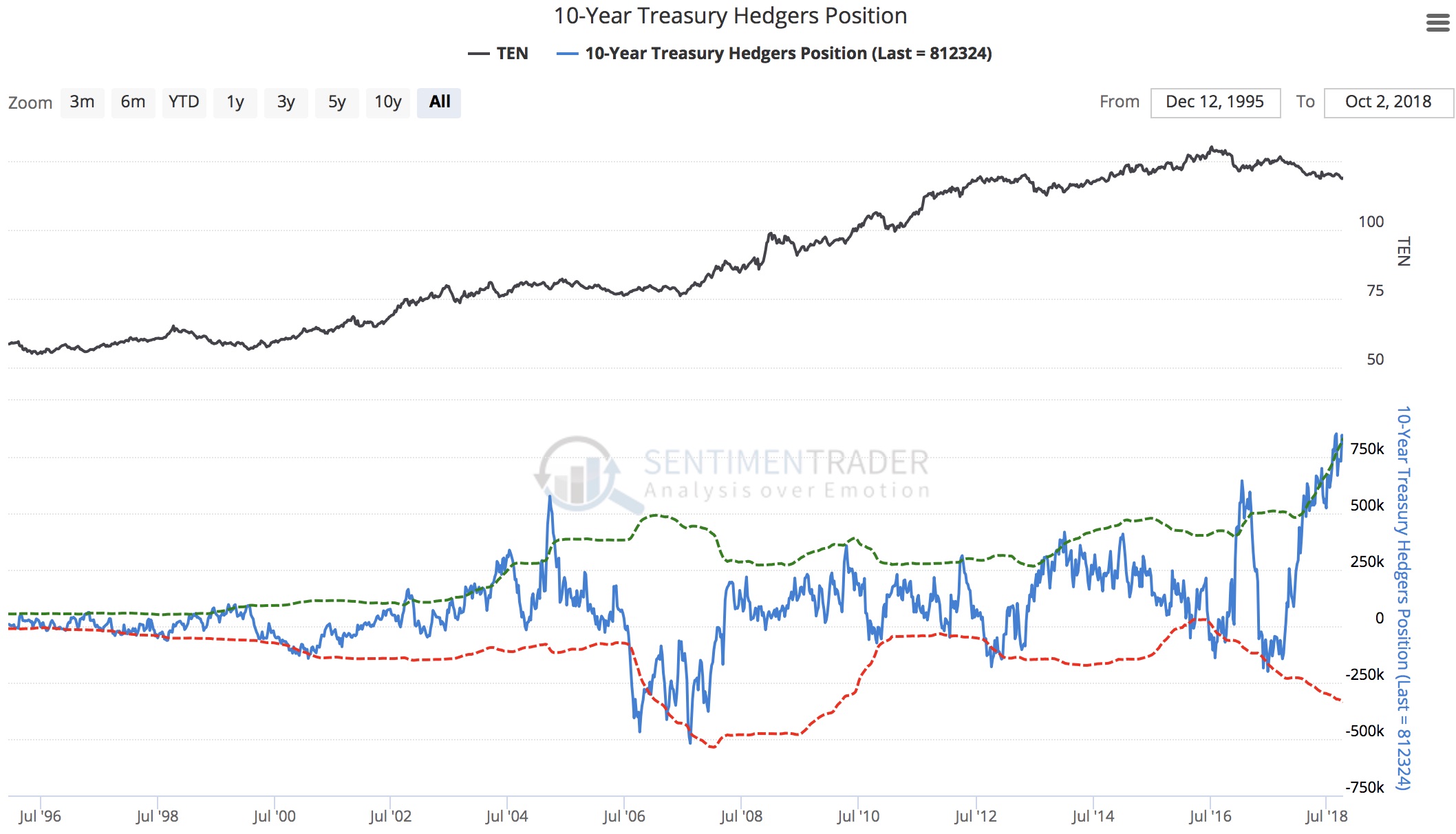 ***KWN has released the audio interview with Rick Rule discussing the gold, silver, uranium, crude oil and interest rate markets and you can listen to it by CLICKING HERE OR ON THE IMAGE BELOW.