As the world awaits the next round of monetary insanity, central planners face a serious problem as looming crisis will be catastrophic.

Next Recession Will Be Catastrophic
July 26 (King World News) – Peter Schiff:  “How do you build a strong economy on a foundation of government and consumer spending, funded by surging budget deficits and consumer credit? The answer is you don’t. When consumer prices and long-term interest rates rise, the foundation will crack, toppling the phony economy!

Peter Schiff continues:  “CNBC keeps reporting that consumers rescued the economy. But since consumer spending was driven by credit, who will rescue the consumer when the bills come due? Consumers being this overextend at the end of an economic “expansion” means the next recession will be catastrophic!”

The Trick To Showing A Great GDP Number
Jeroen Blokland:  “Wow! US Government spending rose by an annualized 5.0% in Q2, the fastest growth in a decade! (See chart below). 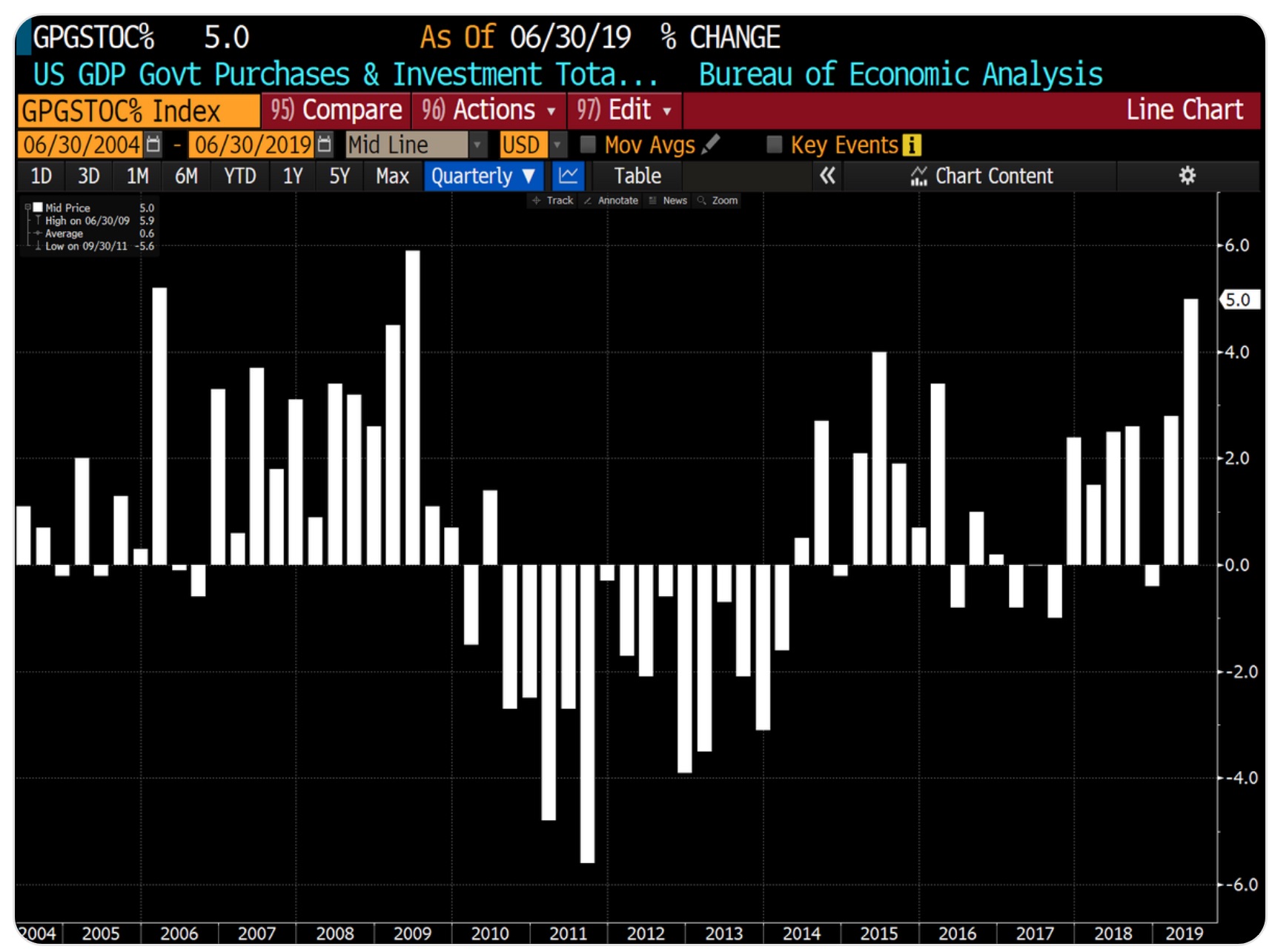 Also, Ramp Up In Consumer Credit Card Debt
Sven Henrich:  “As increased government spending and consumers adding 8% to credit card debt in Q2 are the positive drivers of the GDP headline figure one could argue that this print was debt expansion driven. And still it shows slowing.”

“Spend Baby Spend”
Keith McCullough, CEO at Hedgeye Risk Management:  “Spend baby spend, the Government Spending # ramped and made up for the entire +30bps we were off by on GDP.”

Strong US Dollar Won’t Be Tolerated
Albert Edwards, Former Global Strategist Societe Generale:  “ECB and BoJ have easily outprinted the Fed net of issuance. No wonder the dollar is so strong. Trump won’t tolerate this for much longer.”

Central Planners Face A Serious Problem
Stephanie Pomboy:  “The failure of reflexivity to set up (and lower rates sow the seeds of their own reversal) is a powerful testament to the late-cycle, deflationary tendencies of the economy. If 100bp+ drop in market rates in anticipation of fed cut failed to boost inflation growth, why should 25bp??” (See chart below). 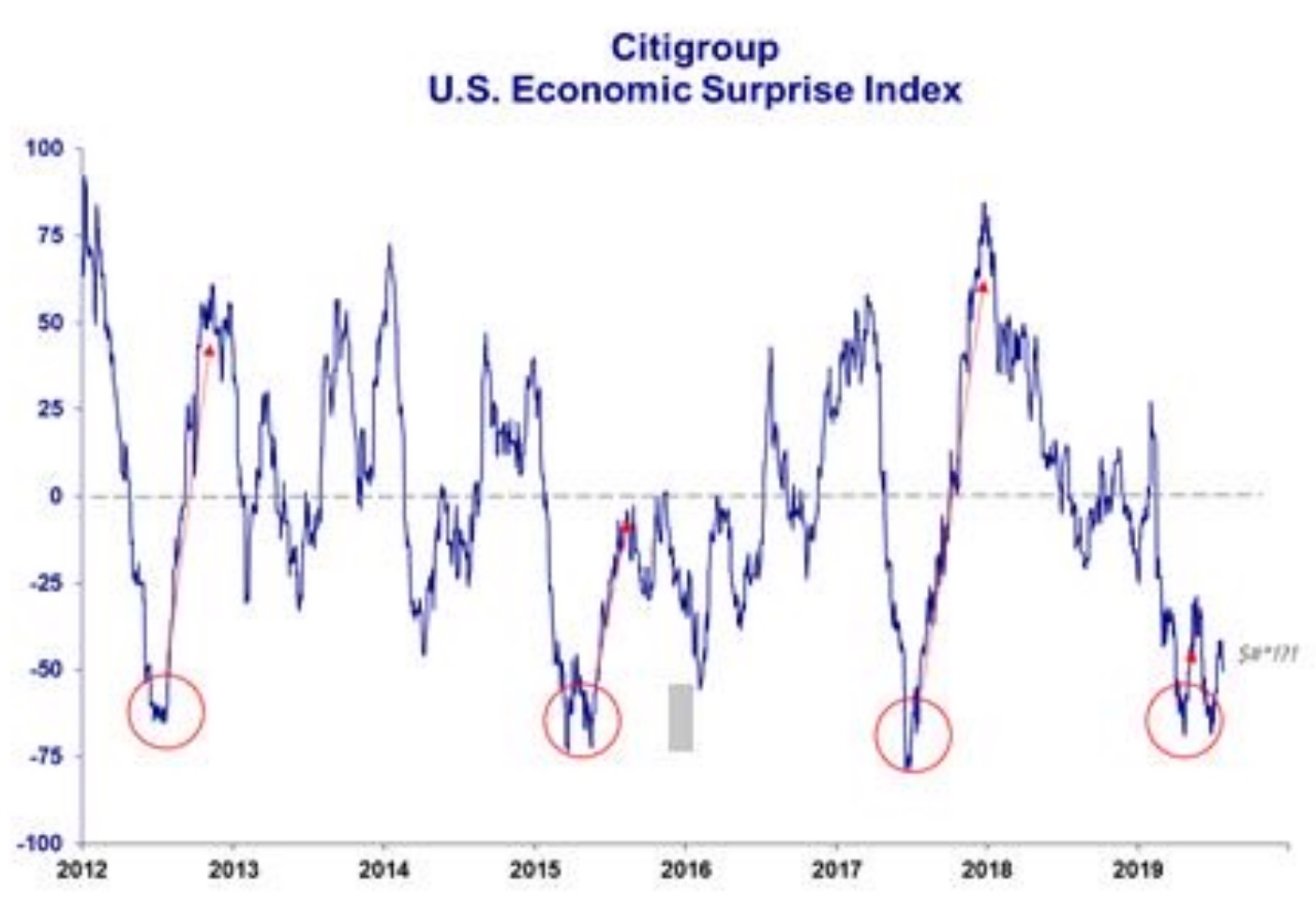 25% Of All Sovereign Bonds Trading At Negative Interest Rates
Daniel Lacalle, Chief Economist at Tressis:  “25% of all sovereign and corporate bonds outstanding globally trade at negative yields. Governments all over the world think this reflects confidence and support for their policies. Investors all over the world know this reflects concern, disinflation and recession risks. (See chart below).

WHAT AN UPSIDE DOWN WORLD: 25% Of All Sovereign Bonds Trading At Negative Interest Rates 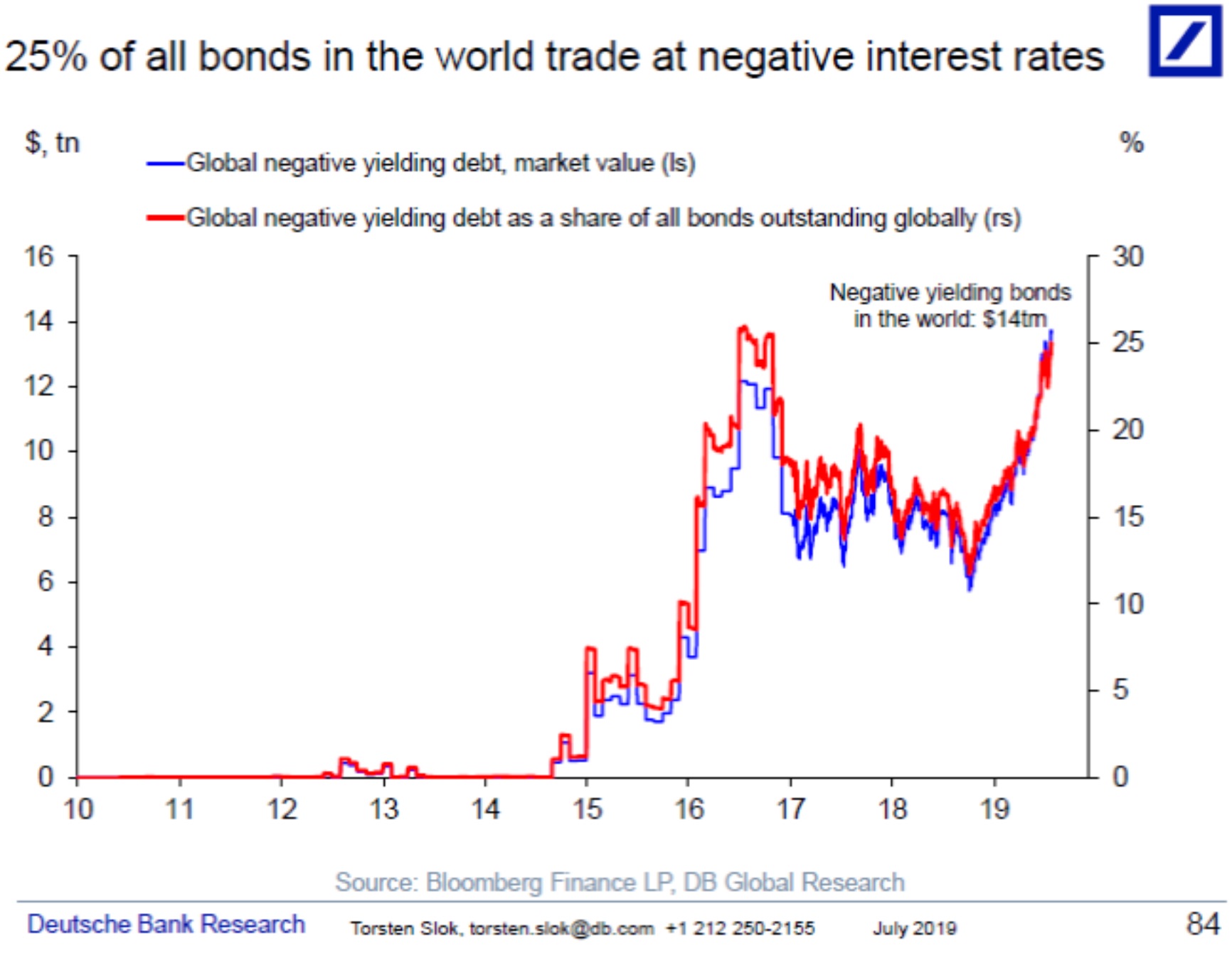 Gold Pulls Back, A Brave New World, Silver Could Go Straight To $20, 1929 All Over Again? CLICK HERE TO READ