With the Fed releasing its decision on interest rates tomorrow, today a 50-year market veteran spoke with King World News about the surge in gold and silver, China and Russia’s plans and why we are not ready for what is rapidly bearing down on us.

September 16 (King World News) – John Embry:  “I’m surprised to see gold and silver taking off a bit heading into the Fed decision tomorrow, but I shouldn’t be having seen the fantastic piece KWN ran with Jason Goepfert…

“Now if one looks at the turmoil in emerging markets and listens to the various advice emanating from various international organizations, one would have to bet on no rate hike at this point.

In addition, the U.S. economy is far weaker than the authorities care to admit.  And on that basis the last thing necessary at this juncture is a rate hike.  However, recently the U.S. has appeared to have minimal interest in the travails of other nations, and the administration has to be more concerned about the vulnerability of the over-owned and overvalued U.S. dollar.

China And Russia’s Plans To Crush The Dollar

They have good reason to be concerned as China and Russia continue to make plans for the elimination of the dollar in many international transactions.  The demise of the petrodollar, which has existed since the early 1970s, appears imminent due to the growing financial issues in the petroleum-producing nations.

Having said all that, nothing would surprise me in the Fed’s decision this Thursday.  But I would say that if the Fed does opt for a rate hike, I suspect it will one-and-done.  That is because of the incredible leverage that is built in to the global financial system through a combination of staggering quantities of debt and unfathomable amounts of derivatives.  So the U.S. cannot stand higher rates at this point because of the massive debt.

The powers that be are having a hard enough time trying to keep the economy and financial system afloat with a zero-based interest rate policy.  However, one area where they have been very successful is in the ongoing suppression of the precious metals.  Irrespective of the news backdrop, much of which is very friendly to gold and silver, both monetary metals have been corralled in the paper markets for quite some time. 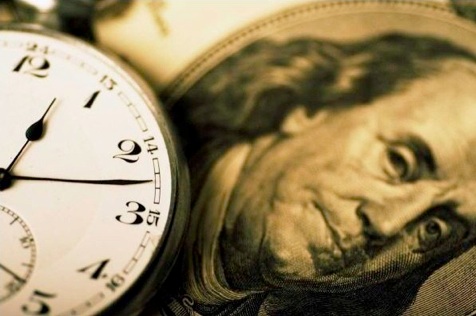 However, there is now a very finite time frame for this suppression activity in the paper markets and the window is closing quickly as physical demand for gold and silver accelerates at these bargain prices, while supply becomes more difficult to source.  I continue to expect an upward explosion in gold and silver prices, most likely before year end.

Now changing the subject to my home country of Canada, I think what is unfolding in the formerly dynamic province of Alberta is instructive.  As you know, Alberta is the major oil-producing province in the country, and as a result of the collapse in the price of oil it is now under considerable duress.

There has been a massive increase in unoccupied office space to somewhere in the neighborhood of 1.5 million square feet, with another 5 million square feet currently under construction.  In addition, jobs are being lost throughout the oil industry, house prices are falling, and business in expensive personal items is booming in the province’s pawn shops.

I am afraid that this will ultimately affect the rest of the country, which lacks dynamism in the first place, outside of a condo boom in several large cities.  However, this is not stopping people from going deeper into debt, as the household debt ratio hit a record high in the second quarter this year.

However, once we get the national election out of the way next month, I suspect the true dimensions of an emerging nationwide recession will become apparent, and in all honesty I am not sure that the country is ready for what’s bearing down on us rapidly.” ***ALSO JUST RELEASED:  Sentiment In The Gold Market Drops To One Of The Lowest Levels In History But Commercial Traders Remain Optimistic CLICK HERE.