With the U.S. dollar surging and crude oil plunge nearly 3.5 percent, today one of the greats in the business sent King World News a powerful piece about the plunge in gold, silver and oil, chaos in currency and bond markets and a hard lesson.

May 19 (King World News) – Overnight bond markets were mostly firm and world equity markets took that as an excuse to party, with much of Europe higher by a couple of percent. The proximate cause for all that were the comments from ECB gasbag Benoît Coeuré, who sparked a decline in the euro when he said that the ECB intended to "front-load" its QE and really step on the gas over the next couple of months…. 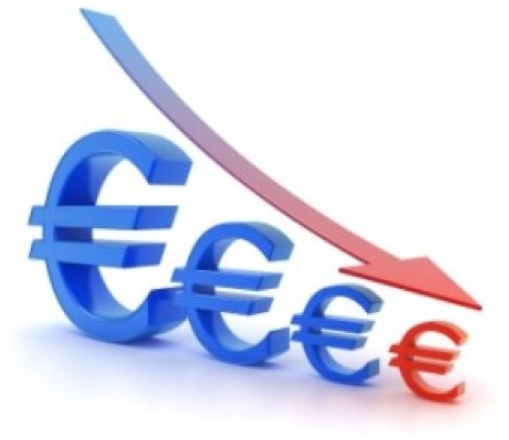 Lord Of The Dark Matter On The Euro

The Lord of the Dark Matter's comment on the recent gyrations was that the ECB doesn't like the euro at $1.15 and the Fed doesn't like it at $1.05. If that is the case, we will get more than our usual level of hot air from both camps as the currency ping-pongs between those two levels.

As for stocks here, they tried to add to yesterday's gains, but through midday they were unsuccessful and just languished around unchanged. In the afternoon, the indices leaked a bit and the market closed slightly lower. 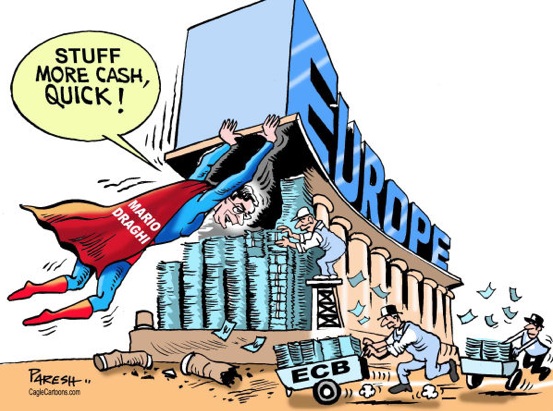 Away from stocks, green paper was aggressively higher, oil lost 3%, and the bond market was heavy here again, making it the outlier relative to the rest of the world's bond markets. On the subject of bonds, a smart reader made a comment that I had been toying with mentally but hadn't really pieced together, namely that over the last couple of weeks negative-yielding sovereign bonds have declined from $3 trillion in market cap to about $1.7 trillion.

He noted the fact that if you are short negative yielding bonds, you actually generate a positive carry, so negative rates are liable to become even more transitory than they were. Given how ridiculous the concept is in the first place, it should never have happened, but that is another story.

Turning to the metals, they were smacked, with gold losing 1.5% to silver's 3% drop. The obvious proximate cause was the rally in the dollar, despite the fact that the reason the latter did so was because of the EU printing more money sooner than folks had expected. As we have learned over the last couple of years, printing money does not tend to make gold rally because folks have decided that doing so is the solution to all our problems and not a bad thing at all — despite what every example from financial history would tell you. ***To subscribe to Bill Fleckenstein's fascinating Daily Thoughts CLICK HERE.

***ALSO RELEASED: Yesterday's Ominous Warning About Today's Gold Smash And An Update From The 50-Year Market Veteran Who Made The Call CLICK HERE.

What Pace To Reopen The Country, Crude Oil, Plus Another Collapse