Forget the plunge in the Dow because the price of gold is where the action will be if this happens next week.

What happens when an all time quarterly high close is taken out?

When The 1974 Quarterly High Was Breached…
Below is what happened after the Q4 1974 all time quarterly high close of $186.75 was taken out, which took place in Q3 of 1978 when gold closed at $217. No looking back for the next 5 quarters as the price of gold nearly quadrupled in price! 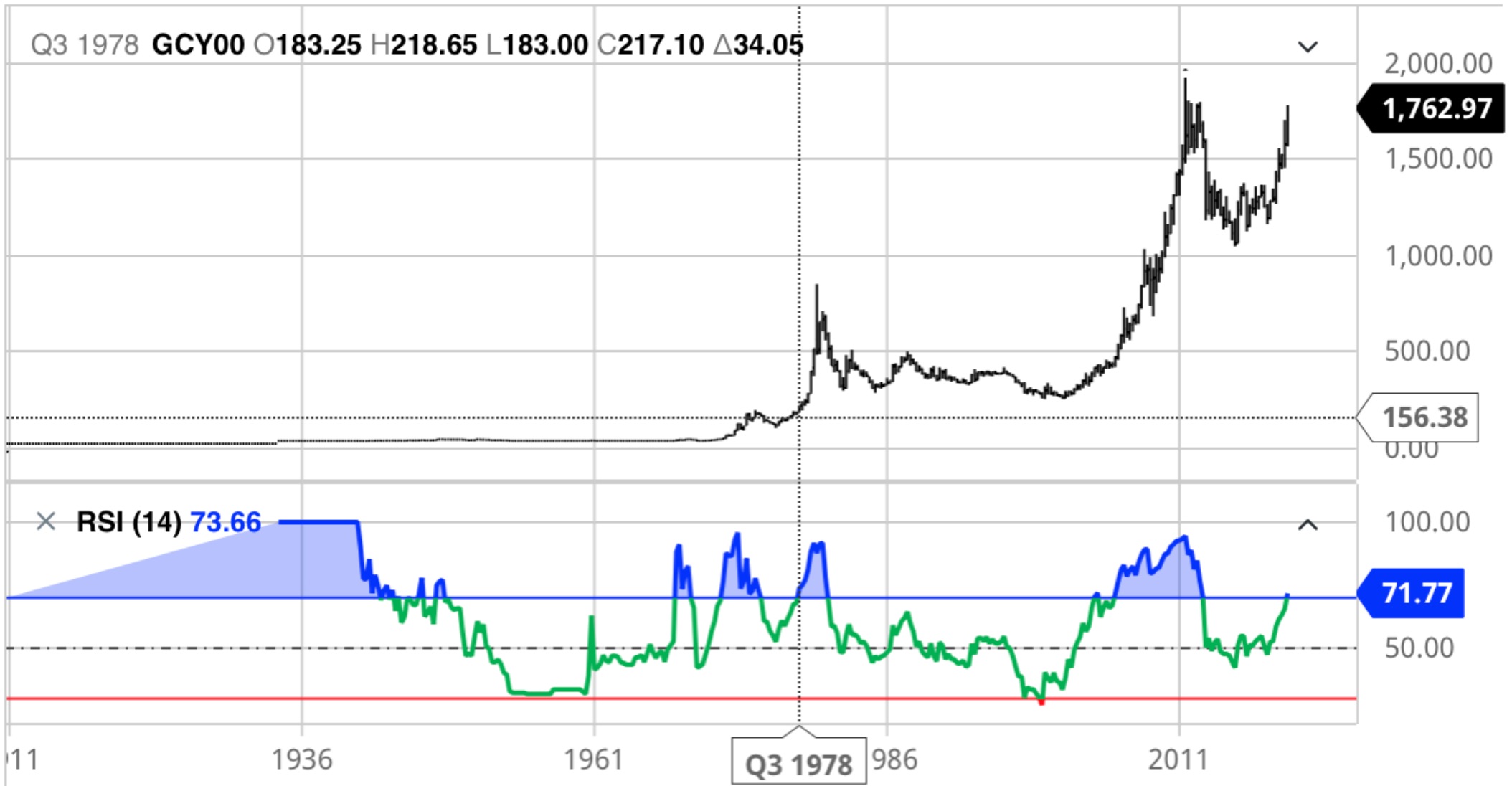 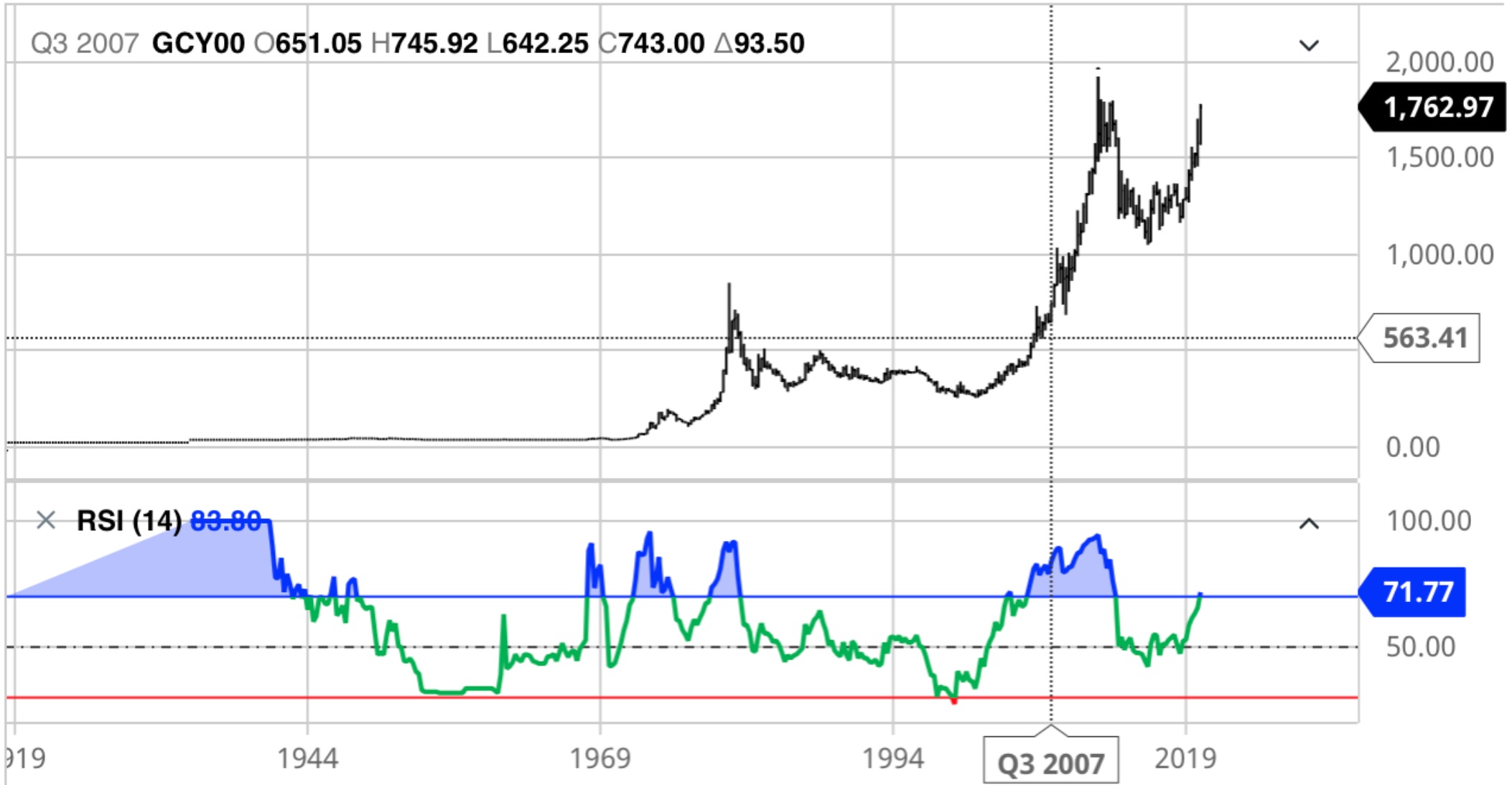 Gold Close To Exploding Higher
The bottom line is that the price of gold will explode on the upside after the 2012 quarterly high of $1,772 is taken out on a closing basis, which may happen in the next few days if the price of gold is able to advance next Monday and Tuesday and close above $1,772. ***To listen to the timely and powerful audio interview where Alasdair Macleod discusses this setup with gold being on the verge of a historic breakout that will trigger a massive short squeeze click here or on the image below.