From Jason Goepfert at SentimenTrader:  Gold suffered a key reversal day. On Thursday, gold traded more than 1.5% higher than its previous close and briefly enjoyed a new 52-week high. But late selling pressure caused it to reverse and close lower on the day. Single-day price patterns are inconsistent predictors, however, and we see that with similar reversals in gold. Despite the ugly chart, other big reversals did not consistently lead to weakness (see chart below). 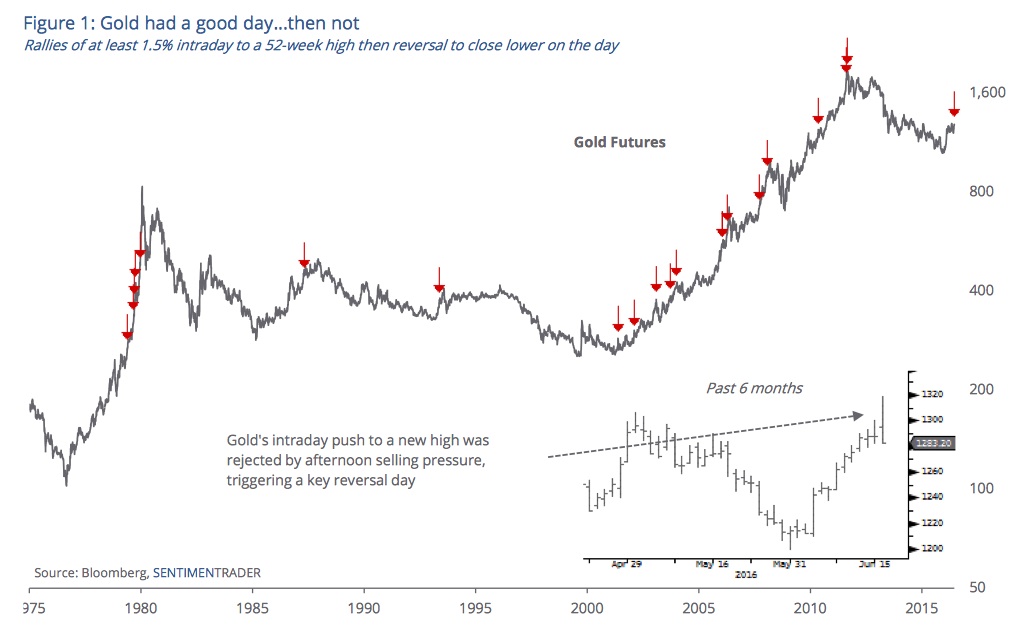 …One-day price patterns are notoriously fickle and this was no exception. Gold showed a positive return more often than not across all time frames and its average return was surprisingly robust. Over the next month, gold’s maximum gain was nearly 2% larger than its maximum loss on average, not something you want to see if looking for a reason to bet against it.

There is no question that Thursday’s reversal looks ugly on a chart and anyone who has read a technical analysis textbook will highlight it as a reason to exit the market. But more often than not, it was a poor excuse and we would not consider it to be a negative factor for that market.

King World News note:  Importantly, Goepfert goes on to note that one year later, the average move for gold after this kind of one-day reversal in the gold market was a staggering 24.8 percent to the upside.  So it will be interesting to see how gold trades in the coming year.

Having said that, SentimenTrader now has the gold market with a risk rating of 8 (see chart below). 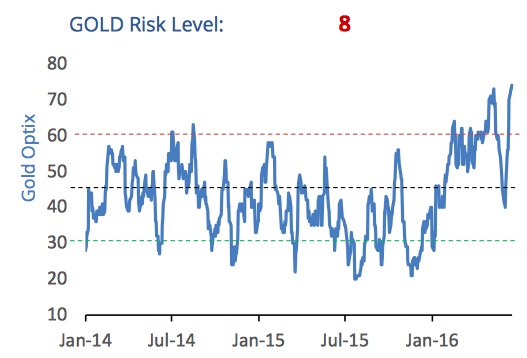 Marc Faber On The Next Terrifying Crisis

Forget Pullback, Last Time This Happened US Dollar Crashed And Gold Skyrocketed, Plus Miners And Shocking Look At Real Estate