With the price of gold breaking below the $1,500 level, look at what is happening behind the scenes in the violent war in the gold market.

Russia’s Gold Reserves
September 9 (King World News) – Holger Zschaepitz:  “Russia’s (gold) reserves hit 5 year high at $530 billion. On way to an all-time high as massive gold stash is now worth more than $100 billion. Value of Russia’s gold reserves climbed 42% in the past year. Kremlin is diversifying from US assets and gold has rallied. (See below). 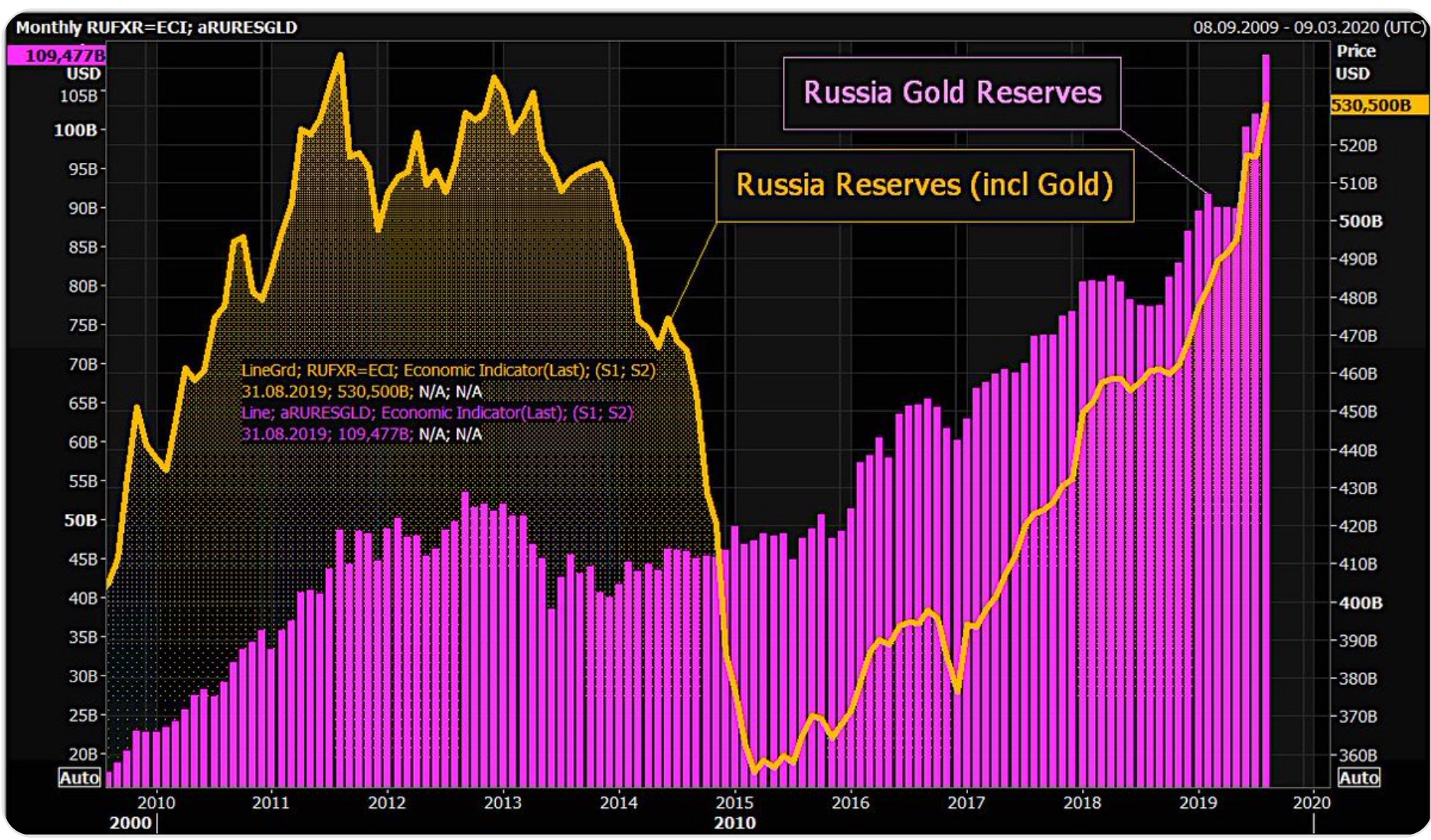 Gold’s Correction & Record Short Bullion Banks
Alasdair Macleod:  “Unless gold dips below the $1490-1500 band, even the current correction looks like a running correction, skewed to the upside…

While one can understand that bullion banks, being record short, will be praying for a loss of bullish momentum so that they can take out the speculators’ stops, the outlook for interest rates has fundamentally altered the game against them. This is why, of the reasons that triggered this bout of profit-taking, the most important was the indication of a cut restricted to 0.25% in the Fed Funds Rate.

…But gold now needs to regain $1540+ for an immediate challenge on the $1600 level. If it happens, we can expect some bullion banks to be in trouble, which could spark state-sponsored intervention. Alternatively, a longer consolidation, with gold drifting back towards $1450 becomes a reasonable bet, given the vested interests.

The Physical Market
These are purely technical considerations, having little to do with the realities of the physical market. The extent to which Chinese and Indian buyers have been priced out of the market has been compensated for by physical ETF demand, which takes total holdings to nearly record levels. According to figures compiled by the World Gold Council, in August they increased by 122.3 tonnes, taking net demand over the last three months to 587 tonnes, an annualised rate of 2,348 tonnes.

Whatever the games played on Comex and in London forwards, physical supply remains very tight.

Look At This Massive Multi-Decade Cup & Handle Gold Breakout! Plus Other Charts That Will Below Your Mind CLICK HERE TO READ

Global Central Banks Making Moves, Plus A Monetary Endgame Plan And A Look At What Hit Lowest Level Since 2016 CLICK HERE TO READ