The Gold/Oil ratio is now moving strongly in favor of gold.

World Stocks Hit Major Dual Support
November 7 (King World News) – Here is a portion of what Andrew Adams from Raymond James wrote today: The MSCI World Index (ex-USA) hit major long-term dual support last week (green lines) and so far this zone is providing a bounce. For anyone looking to enter or add to international positions, this does seem to be a favorable time. 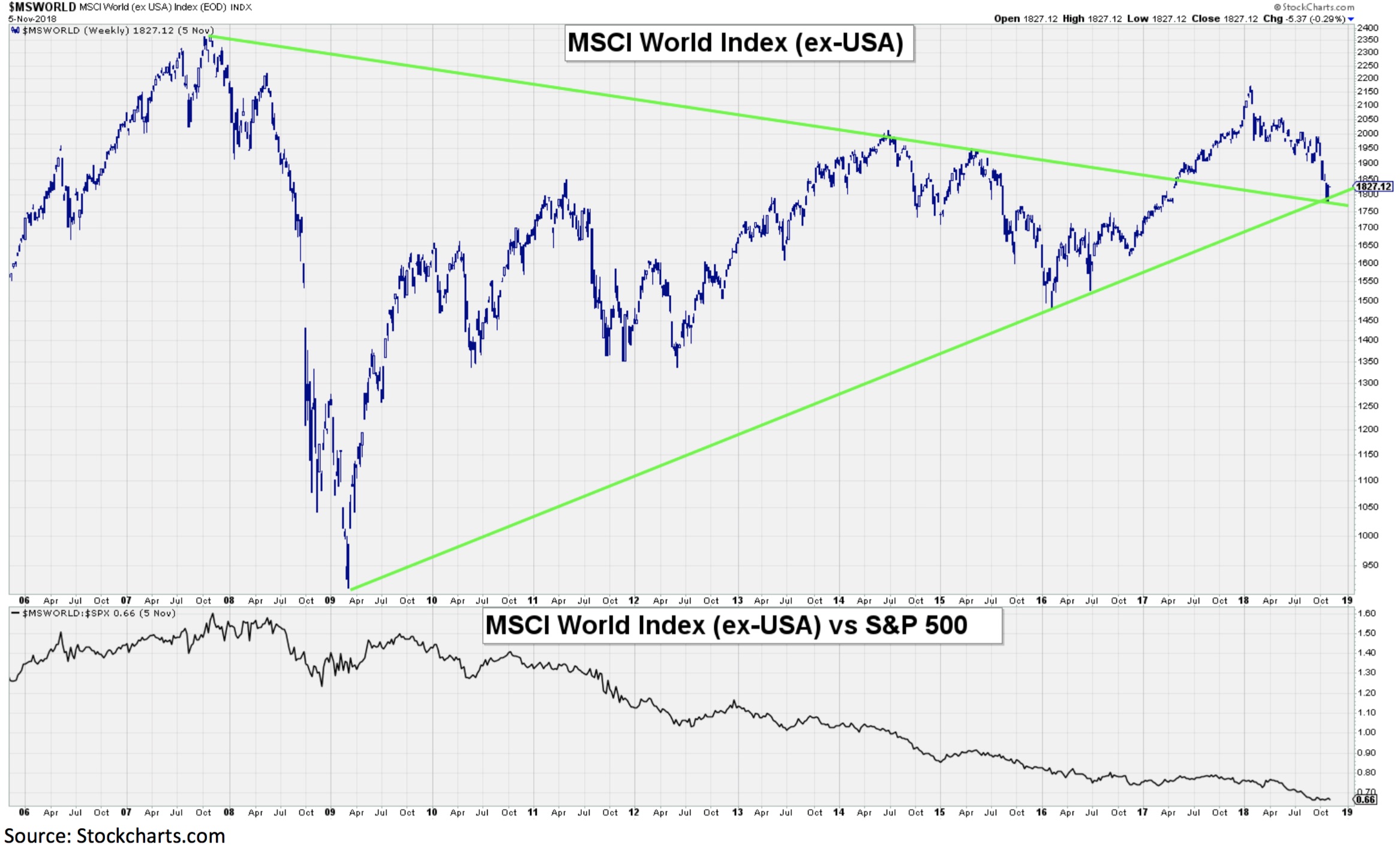 Oil Breaks Noteworthy Support
The recent decline in oil prices may have been missed by many investors who were more concerned about the stock market, but WTI hit its lowest point since early this year yesterday…

In the last three weeks, crude has broken a couple of important support lines (red lines) that will now act as resistance, including the major trendline that went back to the 2016 bottom (solid red line).

The breakdown comes after oil falsely broke out to new highs in early October (red arrow), increasing the odds that the commodity may have marked a top at least in the intermediate term. However, it has now entered what should be a major support zone just above $60, so there is a chance that at least some of the recent damage could be mitigated with a quick bounce here. A drop below $60, though, and we could then be looking at a retracement down closer to $55.

Gold/Oil Ratio
King World News note:  As you can see from the chart below, the Gold/Oil ratio is decisively in favor of gold at this point in the cycle. 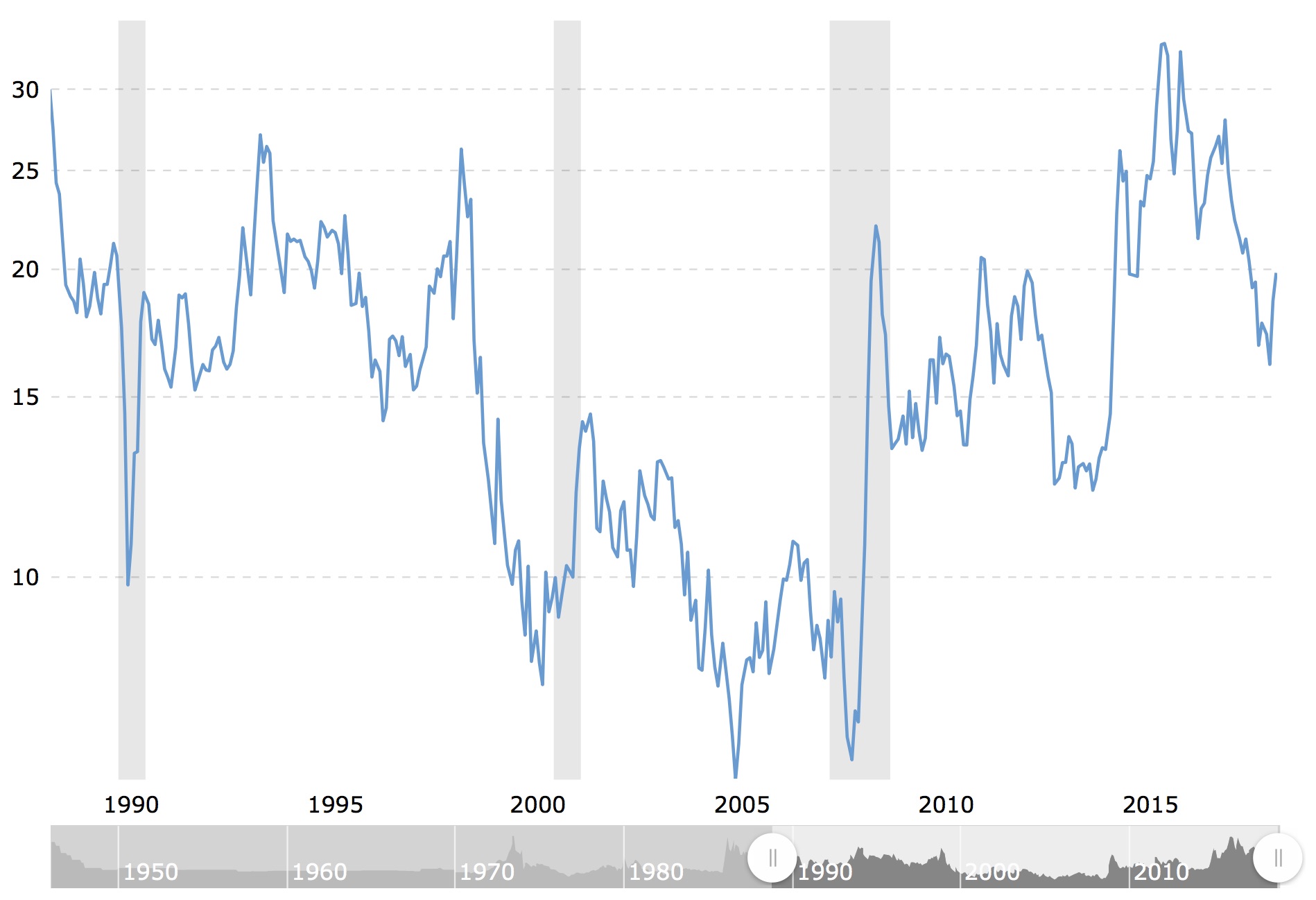 The Gold/Oil ratio should remain strongly in favor of gold, so expect the ratio to expand over time.  Meaning, the price of gold will continue to outperform oil for many years to come.

ALSO JUST RELEASED:ALERT: Markets On The Move Post-Election But Here Is The Big Surprise CLICK HERE TO READ.