Today the man who has become legendary for his predictions on QE, historic moves in currencies, and major global events warned King World News about the $28 trillion problem and why the global crash can’t be stopped.

Egon von Greyerz:  “Eric, markets are doing exactly what they need to do to cause the maximum amount of pain for investors and speculators.  From its peak at the end of May, the Dow fell 1,000 points until mid-August.  Then it fell another 2,000 points in 3 trading days….

“From there we’ve seen a 1,200-point rally this week.  So the recent short positions have been slaughtered and the permabulls have now bought this dip in their belief that this bull market will never end.

Eric, all the stock market investors I speak to, whether they are private or professional, have no fear whatsoever.  They believe that every correction is a buying opportunity.  They look back at the 1987 crash and say it was just a buying opportunity and so is this one. 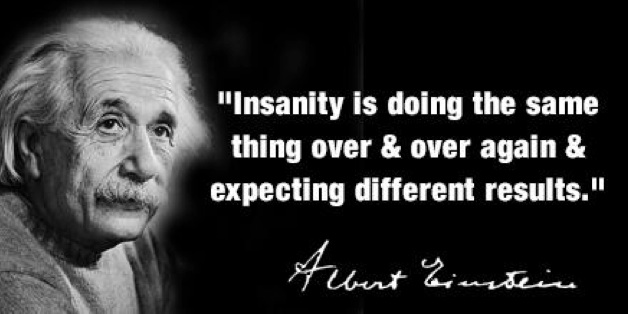 Why The Global Crash Can’t Be Stopped

So the question is:  Why will central banks and governments not save investors this time?  The answer is because they have run out of ammunition.  Since 2008 they have increased world debt by over  40 percent, with no effect on the real economy.  But asset markets have exploded due to all this stimulus.

The collapse of the world economy and the financial system was temporarily put on hold for five years in 2008, but now we are entering the Great Financial Catastrophe.  This will initially entail massive market swings and volatility, which will cause enormous losses for both the longs and the shorts.  This bear market could last for a decade or longer.

There are many factors that point to a crash in global stock markets of 30 percent or more this autumn.  There are so many black swans circling at this point.  So there is no chance of a U.S. interest rate hike as I have been saying for a while.  This was confirmed today by the president of the Minneapolis Fed, who indicated that there will be no rate increase.  This sent gold rallying $15.

Instead there will only be QE but that will have only a temporary effect.  All central banks will do whatever they can to hold rates down.  The problem is that the bond market is the biggest bubble in the world and at some point there will be a major panic in the bond market.

China has already dumped $100 billion of its $1 trillion of U.S. Treasuries this month and will continue to sell.  As the dollar weakens there will be a stampede by foreign investors to get rid of their Treasury holdings as well.  The combination of debt that can never be repaid and higher interest rates that no government can afford to pay will create an absolute panic in bond markets.  This will of course be very beneficial to gold, just as it was in the 1970s.

But it’s not just the Western asset markets that will suffer.  It will be all markets across the globe.  The Chinese stock market went up over 2.5 times between July 2014 and June 2015.  Since then it has collapsed 2,000 points or 40 percent — a loss of $5 trillion.  After the United States, China will be the biggest collapse in the world as their $28 trillion credit market implodes.  We are already seeing the effects of China’s problems with the collapse of most commodity prices.  And like many other countries, China will not just have an economic collapse because the risk of political problems and social unrest is very real.

Physical Gold And Silver Will Be The Key To Financial Survival

Eric, much less than 1 percent of world financial assets is invested in gold today.  So more than 99 percent of investors have no understanding of protecting wealth or insuring risk.

As you know, I believe that problems in the world will lead to gold soaring hundreds of dollars this autumn and possibly even to a new all-time high above $2,000.  But it will take a long time for investors to realize that they need to own gold in order to protect against the coming colossal wealth destruction.  And once investors realize that they need gold, there will be a shortage of physical gold that will push the price even higher.  In the end, physical gold and silver will be the only real protection against the coming asset implosion.” ***KWN has now released the extraordinary audio interview with Andrew Maguire, where he discusses the astonishing moves in the gold market by the bullion banks, why a global reset is imminent, and much more, and you can listen to it by CLICKING HERE OR ON THE IMAGE BELOW.