On the heels of continued chaos in global markets as the Dow plunged 470 points, today a 50-year market veteran warned King World News that Western government propaganda is increasing as the global financial system begins to disintegrate.  He also discussed major markets as well as gold, silver and oil.

September 2 (King World News) – John Embry:  “Things have proceeded much as I have expected.  After the Plunge Protection Team absorbed the initial blows in the U.S. stock market on Friday, August 21, and then Monday last week, they returned to the fray with a vengeance….

“So the U.S. stock market (the Dow) was pumped up more than 1,500 points in just a few trading sessions before plunging 470 points so far today. This came as no surprise as firm stock markets are all part of of the ongoing con job to sell the public on the fantasy that everything is all right.

However, everything is far from all right. Economies are weakening everywhere and more debt and more derivatives are being impaired every day. The lie that the U.S. economy is firm is simply that — pure fiction. The U.S. fantasy has been a contrived exercise that isn’t confirmed by the micro-numbers at all.

In fact, if you look at real personal incomes, which are paramount in a consumer-driven economy, it is almost impossible not to be extremely pessimistic on the prospects of the U.S. economy. Last week’s upward revision of second-quarter GDP to 3.7 percent is an embarrassment to anyone with an IQ exceeding that of a grapefruit. These guys are really shameless.

The more germane number that was released last week was the revelation that the Chinese liquidated a large number of U.S. Treasuries in a short time. That does not bode well for the level of interest rates in the United States unless the Fed is prepared to go all-in’ on more quantitative easing. The impact over time will be either a hard deflation or a hyperinflation, and both those outcomes will be dreadful.

I’ve also been seeing a lot of speculation that oil is going to plummet to $30 a barrel or even lower. What’s interesting is that one year ago you couldn’t find anybody who thought oil would trade below $75 a barrel. Oil could head lower based on the lower outlook for global consumption, though supply disruptions could be a big factor in the other direction.

This also assumes that the U.S. dollar is going to remain preeminent in the fiat currency world, and I believe that myth is being undermined. The over-owned, overvalued U.S. dollar is an accident waiting to happen, and a plunge in the dollar would end speculation that crude oil is going to trade at $30 a barrel. I believe that the so-called petrodollar, which has been a huge boon for the United States, is on its last legs. That will be a huge negative from the U.S. perspective.

This brings me to gold and silver, which have been absolutely trashed recently as the Western central banks try to keep one of the greatest Ponzi schemes in history from falling in on their heads. There is abundant evidence that the physical gold and silver markets are tightening dramatically. But the paper price of both gold and silver fell sharply last week when they should have been rising dramatically due the turmoil in the stock and credit markets.

Gold and silver have no counterparty risks as long as you keep your holdings out of the banking system. With no counterparty risks, in that environment gold and silver should be skyrocketing. However, as I said earlier, I am convinced that the magnitude of the Ponzi scheme in the monetary metals sector is so great that the powers that be may take the fight right down the last ounces left in West.

Everybody should be taking this opportunity to get whatever physical gold and silver you can while it is still available. This is going to be the most tumultuous and volatile periods in history. We are only one week from Labor Day, so KWN readers need to be prepared for more fireworks because what we have seen recently is only the opening salvo.” ***ALSO RELEASED: As Stock Markets Plunge, The War In Gold And Silver Continues to Rage But Silver Is Ready To Lead CLICK HERE. 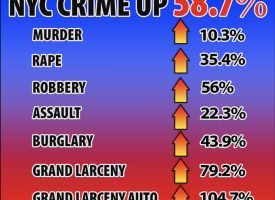