With global stock markets and crude oil on the move, today King World News wanted to take a step back and look at 4 of the most jaw-dropping charts of 2015.

The following charts are from the Wall Street Journal.  The first chart below from WSJ shows that earnings surprises have been consistently on the downside since the very early part of 2015. 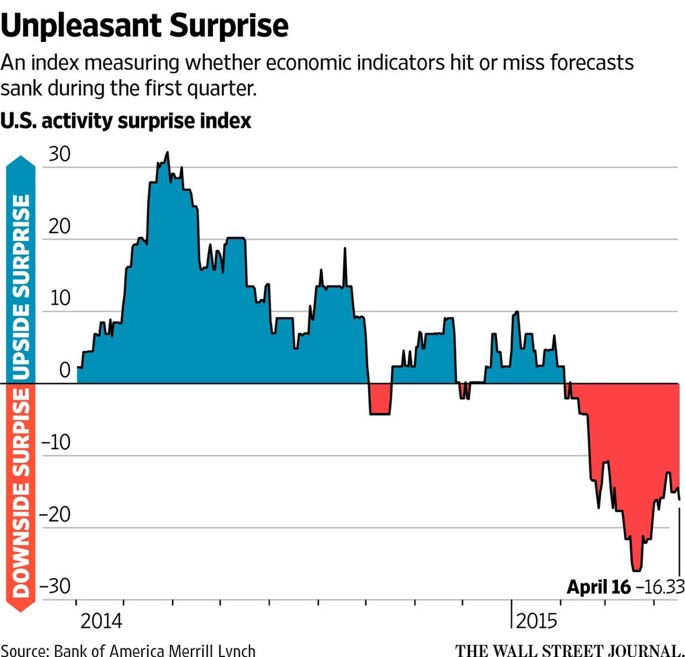 The second chart below from WSJ shows that as earnings have steadily come in below expectations, the possibility of the Fed hiking rates has also collapsed. 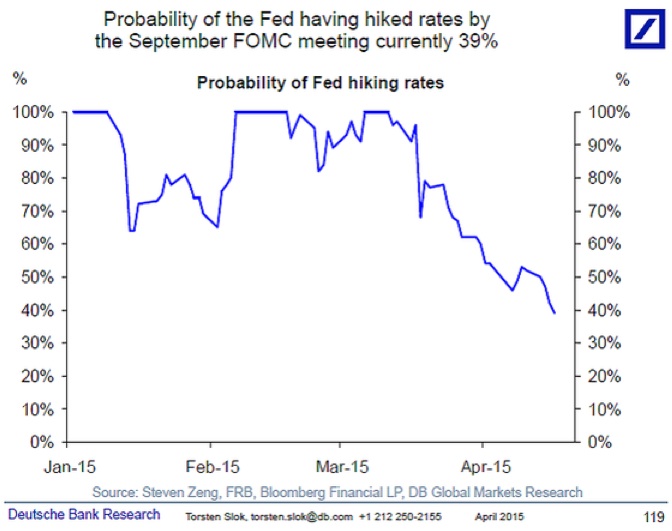 The third chart below from WSJ shows the madness of global central bankers at work.  Notice the number of financial bubbles around the world hitting all-time highs, even as the world economy is now clearly turning down. 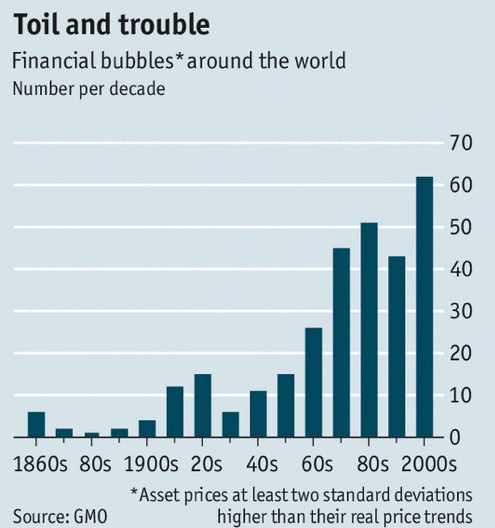 The fourth chart below shows that the global economic downturn is beginning to take place with incredibly high unemployment in many regions and countries around the world. 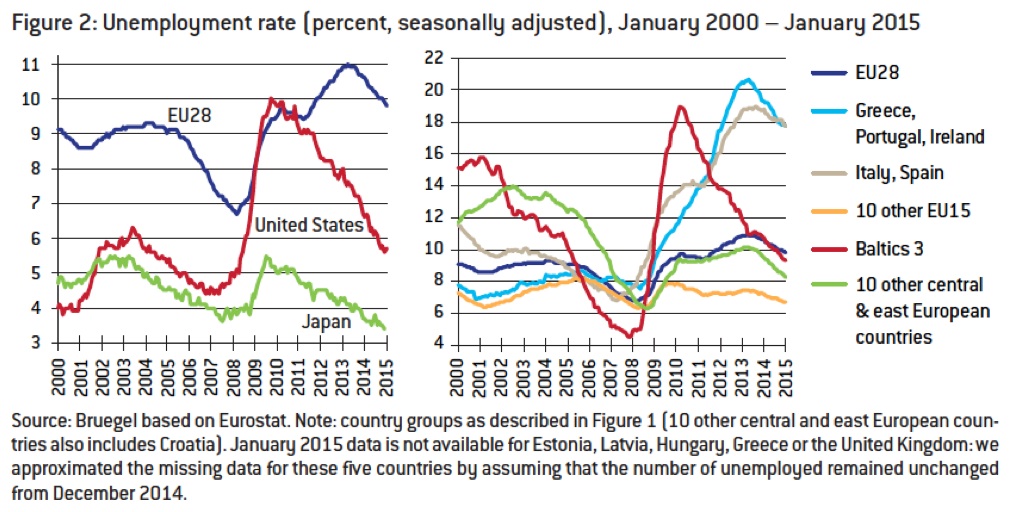 Remember, all of this is with the backdrop of worldwide financial bubbles at an all-time high.  These astonishing charts (3 from WSJ) illustrate the great global distortions that have unfolded as a result of lunatic central banks embarking on one of the most insane and ill-fated monetary experiments in history.  Maybe Gerald Celente was right when he recently remarked to KWN, "Who knows, maybe the end is near?"  To subscribe to the Wall Street Journal CLICK HERE.

***ALSO JUST RELEASED: Is The World Being Set Up For Something Even More Terrifying Than The Global Stock Market Crash Of 1987? CLICK HERE.

Big Problem, Out Of Control, Plus Last Time This Happened Gold Surged $385