The war in the gold market is heating up as we head into the final week of trading in January. Here is what you need to know.

Within hours KWN will be releasing two audio interviews! Until then…

January 22 (King World News) – Alasdair Macleod out of London:  This was the week President Biden took office, with the promise of MMT-style economic stimulus. Gold and silver reacted by recovering some of the previous week’s falls. From last Friday’s close, gold rose $31 to trade at $1857 in today’s European morning trade, and silver rose 58 cents to $25.30 on the same timescale. 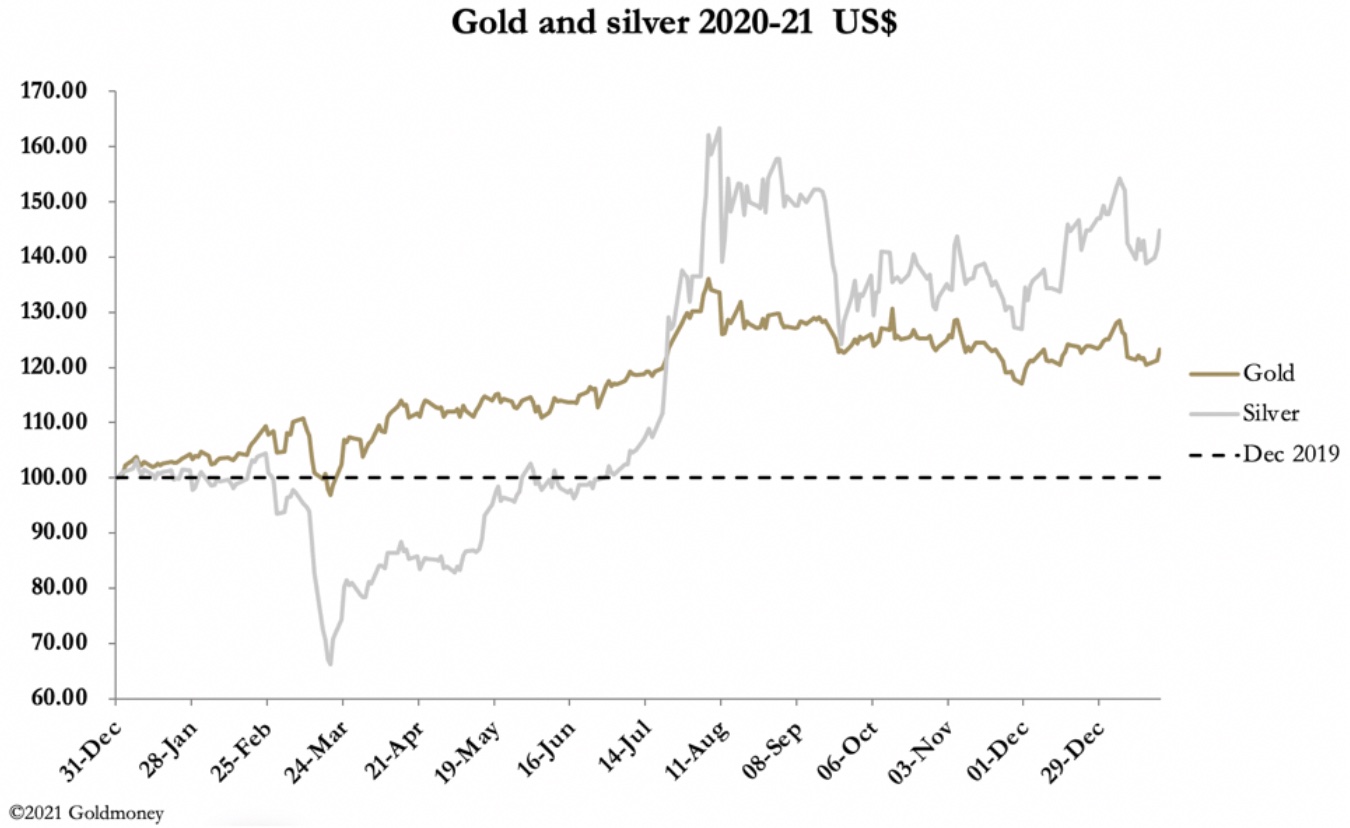 Trading was subdued, with Monday being the Martin Luther King Jr public holiday in America.

In the most recently available Commitment of Traders report (12 January) there is evidence that hedge funds have begun to cut their long futures positions. This is consistent with expectations for a dollar rally and is laid out in the table below.

To reduce their net longs by over 38,000 contracts is a major change for the Managed Money category (hedge funds), much to the relief of the bullion banks, who managed to close nearly 24,000 of their net shorts. From the subsequent price action, it would appear that this trend continued into last Friday. But the bullion banks are not out of the woods by any means, as the next chart shows. 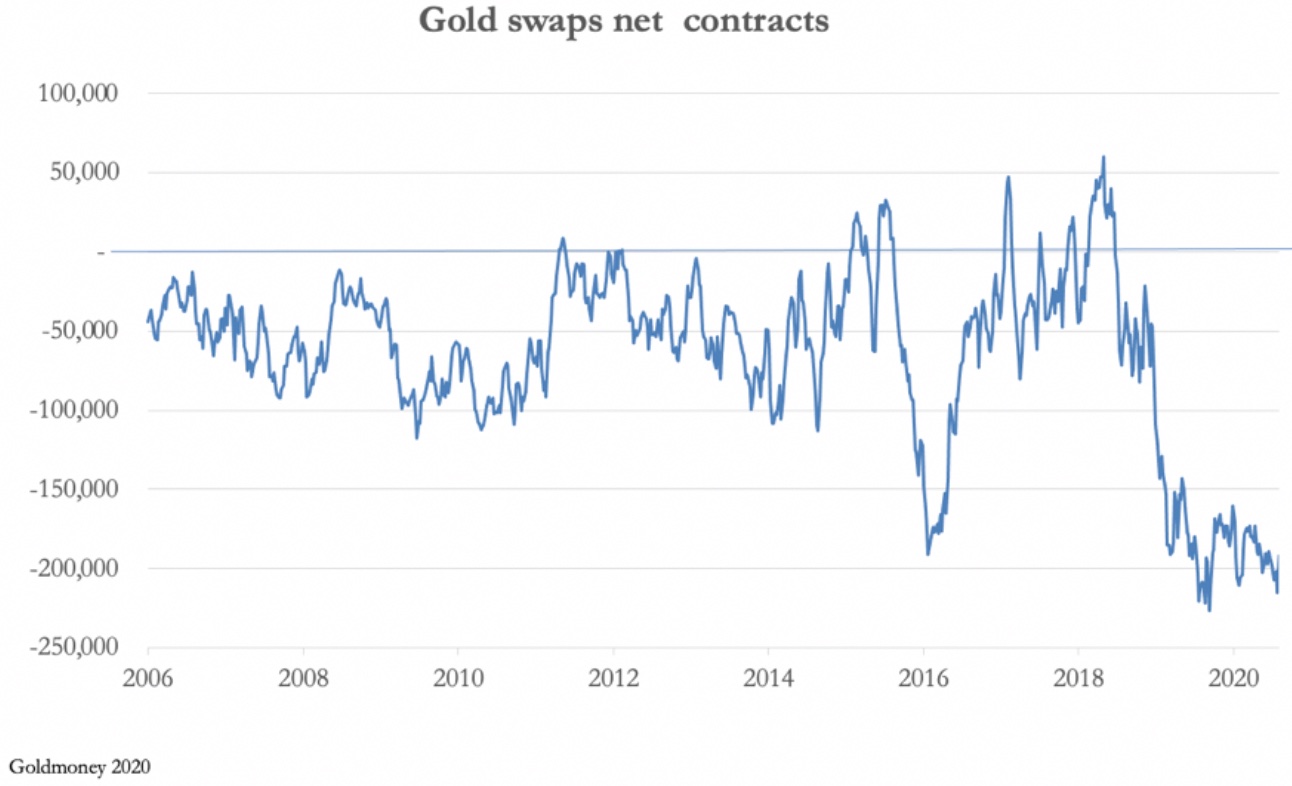 The Swaps, which are the bullion bank trading desks, cannot shake off being in record short territory, and are still net short $35.5bn in value. The problem is shown in the table above. While hedge funds were cutting their longs, Other Reported and Non-Reported categories added a net 7,713 contracts to theirs. Furthermore, there is a drip-feed of physical deliveries from Comex, which so far this year has amounted to four tonnes — not much in the grand scheme of things, but for the bullion banks it’s rather like swimming against the tide.

For now, the position between bulls and bears is a stalemate. As well as the chartists calling for a rally in the dollar’s trade weighted index, mainstream economists believe that a Biden presidency will reflate the US economy, leading to renewed inward investment which is good for the dollar. For now, this Keynesian thinking could stabilise the dollar, which explains the shift in hedge fund attitudes…

Bullion banks must be praying that this is so, and that they can shake out another 50,000—100,000 longs from this category. But the scale of reflation so far proposed, with more intended to follow, will almost certainly undermine the dollar’s purchasing power, negating this MMT/Keynesian analysis.

The market problem on Comex is the Other Reported category, which has developed a habit of using dips in the gold price to accumulate more long positions. That trend continues, as our next chart shows. 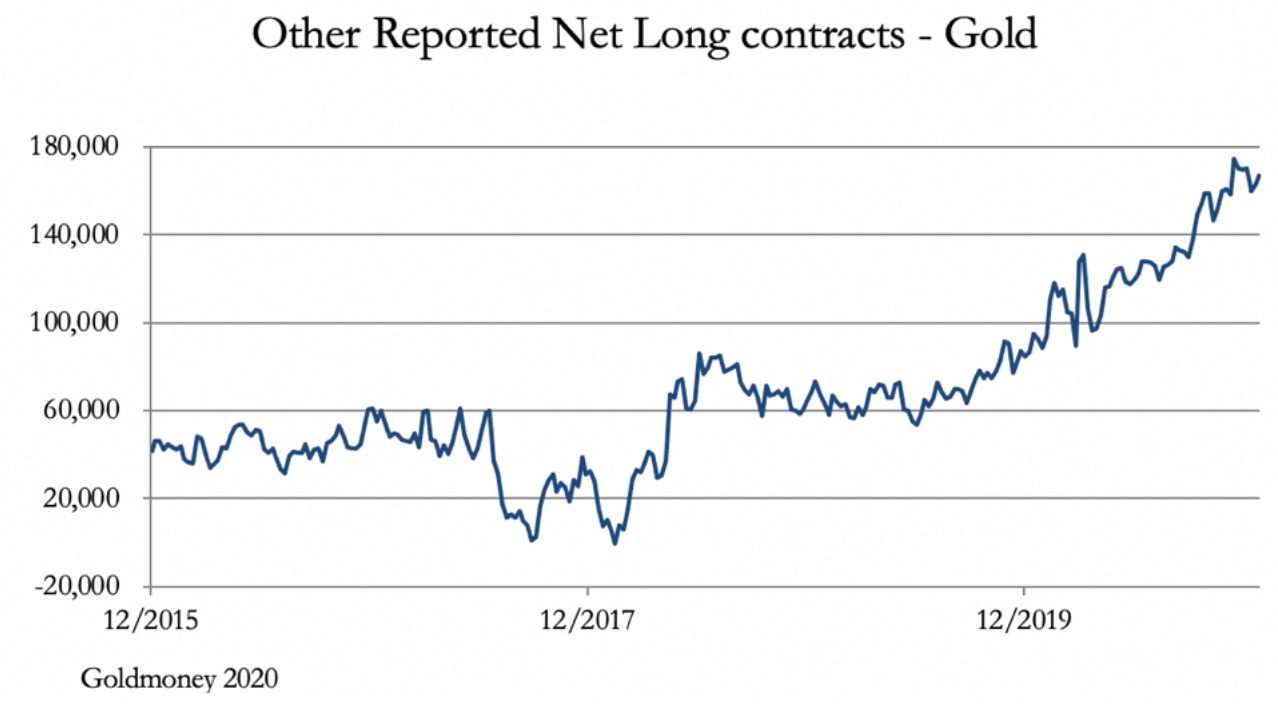 This was the category that used last March’s selloff to build record long positions. They have continued to do so through the last five months of declining gold prices. It will be interesting to see the next COT figures for last Tuesday, to see whether they are still doing so.

The relevance is becoming acute, because the active February contract is running off the board, with last dealings at the end of this month. If the Other Reported and Non-Reported categories really want delivery, this is their chance.