As we come to the end of the second week of trading in October, rumors of a trade deal have sent the Dow soaring and weakened the price of gold. Here is an update on where things stand.

Gold Under Pressure
October 11 (King World News) – Ole Hansen, Head of Commodity Strategy at Saxo Bank:  “Gold softened to trade below $1500/oz with the market struggling to rekindle the support that propelled it higher during the third quarter. However, the negative impact on gold of a trade-deal related rally in stocks and bond yields are now being off-set by a weaker dollar and geo-political risks.

The appetite for gold as seen through demand for bullion backed exchange-traded funds remains strong. During the past two months, when gold traded sideways, total ETF holdings jumped by 167 tons to reach 2,545 tons, less than 30 tons below the December 2012 record.

While we maintain a bullish outlook for gold into 2020 the need to change focus may create a challenging short-term outlook. The bond engine has stopped providing support as the U.S. Federal Reserve concentrates on the front end of the yield curve while in Europe protests about negative yields continue to grow. Instead, we remain unconvinced that the current strength in stocks can be maintained and that the dollar will continue to remain strong, not least should Brexit and trade talks succeed.

In our recently published Q4 Outlook called “The Killer Dollar” we highlighted the reasons why the world can ill afford a strong dollar.  And with the Fed offering the bigger easing potential compared with other central banks operating close to their limits, the dollar may trade lower sooner rather than later.

From the helicopter perspective the outlook for gold remains strong as long the price stays above $1380/oz, the old ceiling that provided resistance from 2014 to June this year. We maintain our end of year target at $1550/oz and higher in 2020.

Outlook For Gold Remains Strong As Long As Price Stays Above $1,380 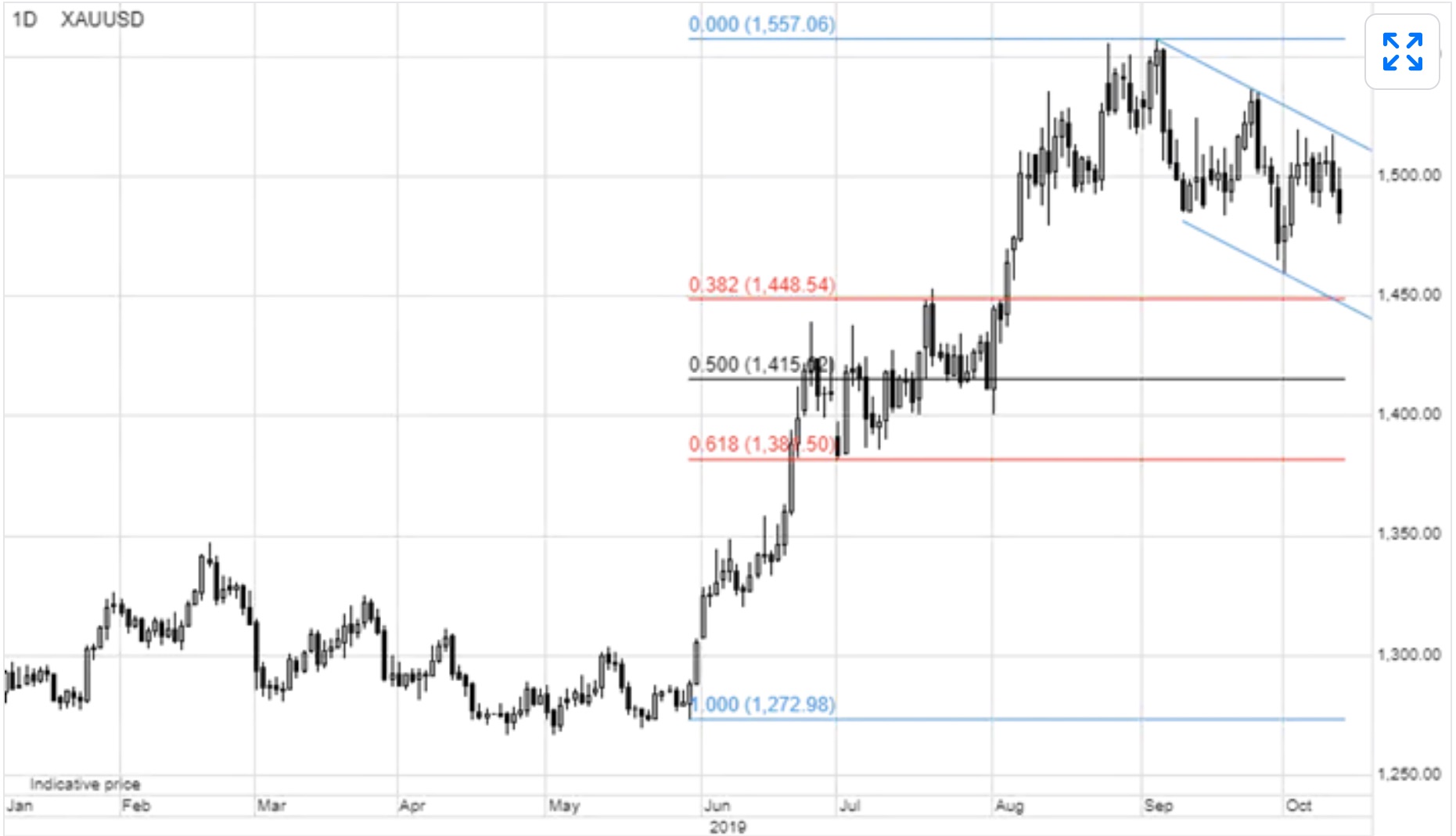