Today the man who first predicted Greek bank deposits would be stolen told King World News that a tidal wave of buying overwhelmed gold and silver shorts today on the heels of the Greek crisis accelerating.  He also discussed the shockwaves that will result from the Greek crisis as well as what to expect in the metals.

James Turk:  "The big jump today in the price of gold and silver is giving us a very important message, Eric. This rally was driven by a insatiable demand for physical metal. Both gold and silver are in sharp backwardation here in London….

"I just just checked prices and got a dealing quote. Even though silver is up nearly 5% today, contrary to what one would expect the backwardation has not eased from earlier this morning before prices began to rally. 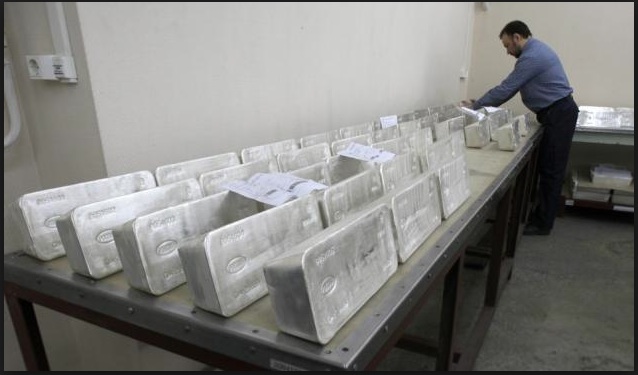 Spot silver for immediate delivery is trading 5-cents above delivery for 1-week forward. If you annualize it, that’s roughly a 16% per annum return that arbitrageurs are not taking. It is about a deep a backwardation as I have seen.

It means that there is a real scramble for physical metal at the moment, with the big price jump today being the visible result. Importantly, there is a good reason for this flight to safety with investors buying tangible assets with no counterparty risk.

Greek Default (Grefault) Will Be Earthshaking

Buyers of physical gold and silver are no longer talking about a Grexit, with Greece leaving the euro. Attention instead has turned to a Grefault – Greece defaults on its debts. The impact of a default will be earthshaking.

Greece owes some €300 billion. I estimate that about €150 billion of that debt has been moved from private hands – mainly banks – to EU governments as the Greek crisis dragged on over the past couple of years. So instead of banks losing money, European taxpayers are going to be hit will a big loss as a result of a Grefault. That huge burden put on the back of taxpayers will send shockwaves throughout the EU.

In addition to what EU governments own, the ECB’s credit exposure to Greece is now €113 billion because it raised again the amount it has loaned to Greek banks under its Emergency Liquidity Assistance program. So the ECB’s exposure has risen further while deposits in Greek banks continue to drop.

It is now estimated that when including the deposits of all city, regional and central governments in Greece as well as state-owned companies, bank deposits at the end of March were just over €130 billion. Exact numbers are not available, but regardless, that was nearly a month ago. I’ve seen estimates that deposits in Greek banks are dropping by €1.5 billion a week as depositors continue to pull their money out of Greek banks.

The Greek debt has been carried on the books of the ECB and EU at face value because Europe’s central planners refused to accept the reality of the situation. They did not want to believe that Greece would default, but the buyers coming into gold and silver and the demand for physical metal makes it look like investors are preparing for a Grefault.

It is particularly noteworthy, Eric, that gold and silver jumped during option expiry. We know from past experience that month-end option expiry normally sees downward price pressure. Added to that is the Federal Reserve’s FOMC 2-day meeting that begins tomorrow, which again is usually marked by a subdued, controlled gold price. But not today.

The central planners and the shorts managed to keep the precious metals under control early this morning as the Comex options started expiring. But these gold price manipulators soon lost control with the tidal wave of buying that came into the market.

The next two days will be important as the remaining over-the-counter options expire. To limit their loss and maintain their delta-hedge, the writers of those options will need to buy gold and silver as their price rises. So to prevent that from happening, every effort is being made by the central planners to keep gold under $1,200 and silver under $16.20. But if another tidal wave of buying reappears tomorrow, it could trigger a massive short squeeze buying frenzy." ***ALSO JUST RELEASED: A Chilling Trip Down The Orwellian Rabbit Hole As Silver Shorts Get Torched CLICK HERE.