This week was an unprecedented panic in many ways. Here is a shocking look at the “Get me out of everything” panic.

Get Me Out…Of Everything
December 28 (King World News) – Here is a portion what Jason Goepfert at SentimenTrader wrote after the violent trading in global markets: The constant volatility in a broad range of markets has been wearing on investors. While mid-December is a common time frame to see large outflows from mutual funds, this year is truly extreme…

PANIC: $46 Billion Pulled From Funds
Jason Goepfert at SentimenTrader continues:  According to ICI, investors pulled more than $46 billion from equity and bond funds in the week through December 19. Only the week of October 15, 2008 can match this “get me out of everything” mentality.

Get me out…of everything: Investors have left funds, no matter the focus 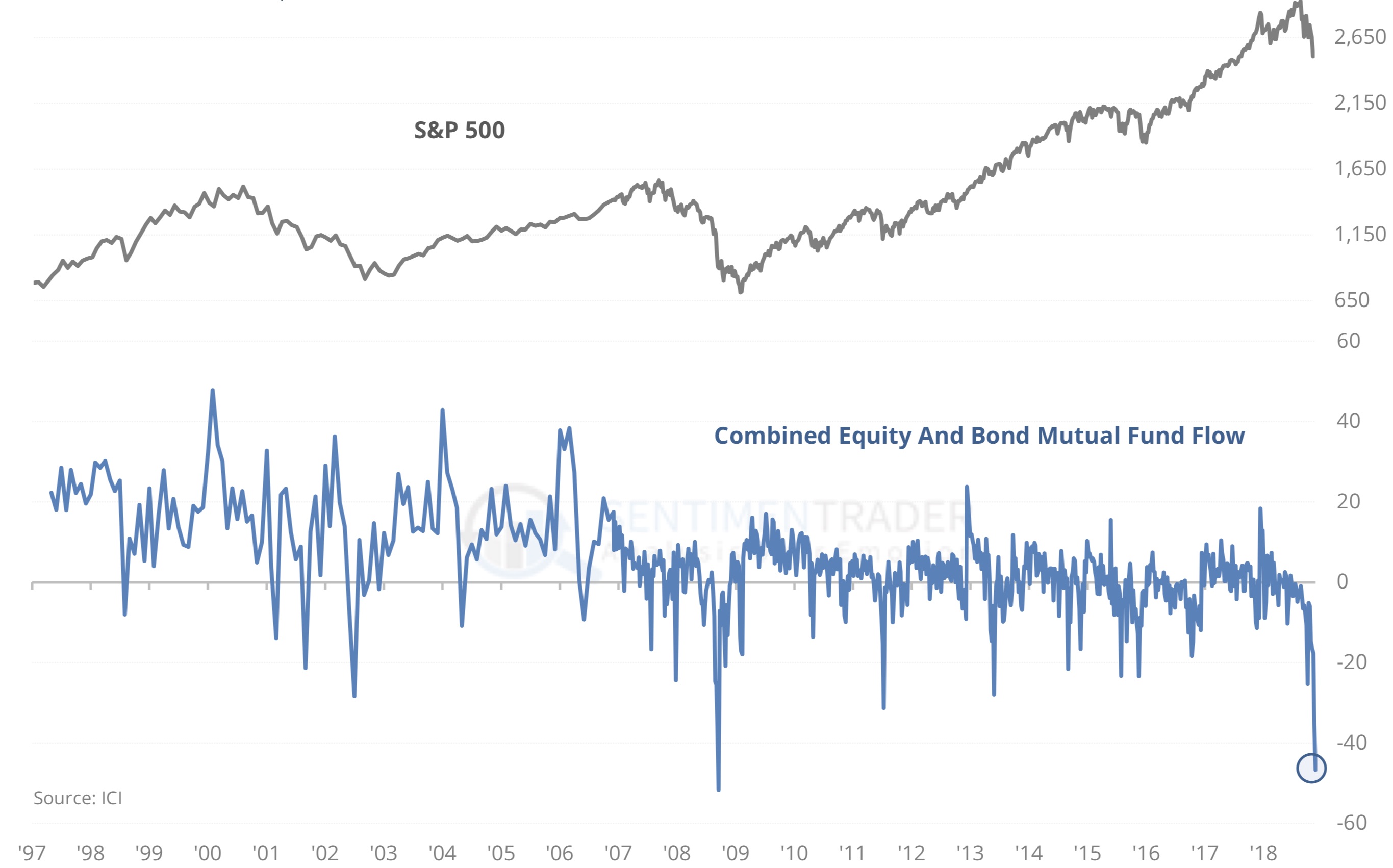 Someone Is Buying
While fund investors are liquidating, someone is stepping in. Whether it’s pension funds, nameless computers, sovereign wealth funds, or whoever else, there has been a major stampede at some point during both of the past two sessions.

A record level of buying pressure 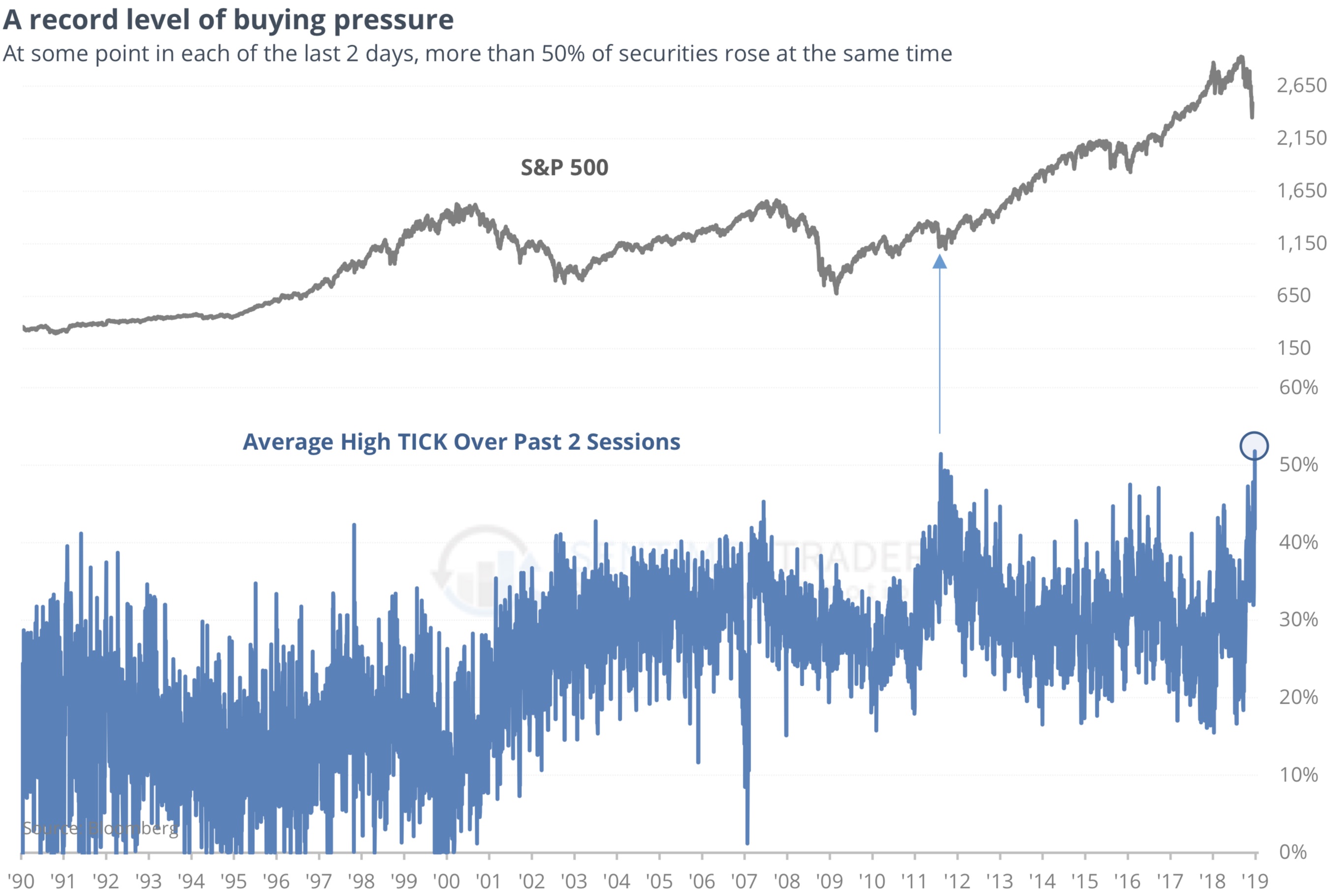 Unprecedented
… Gyrations like this aren’t unprecedented, but it’s close. The past week has been truly historic in many ways, and other than a single crash type of scenario during the final throes of the worldwide financial crisis in the fall of 2008, the others led to higher prices. Anything even approaching this kind of panic behavior outside of recessions has also led to medium-term recoveries. If we don’t see that here, it would be nearly unprecedented. This is yet another example of why Jason Goepfert is the best in the world at what he does — providing actionable market data. To subscribe or try a free two week trial to the internationally acclaimed work that Jason Goepfert produces at SentimenTrader CLICK HERE.

ALSO RELEASED: Is The Silver Price About To Be Unleashed On The Upside? CLICK HERE TO READ.

GAME-CHANGER: Western Governments Are Now Conspiring To Create Permanent Inflation. Here Is What Everyone Must Know