1929 & 1987 Crashes vs Today
October 27 (King World News) – Tom McClellan:  “There have been some retrospectives of the 1929 crash published this month, for the 90th anniversary. Here is what the NYSE’s A-D Line looked like then, although no one knew about it because only Leonard Ayres and James Hughes were keeping the data. 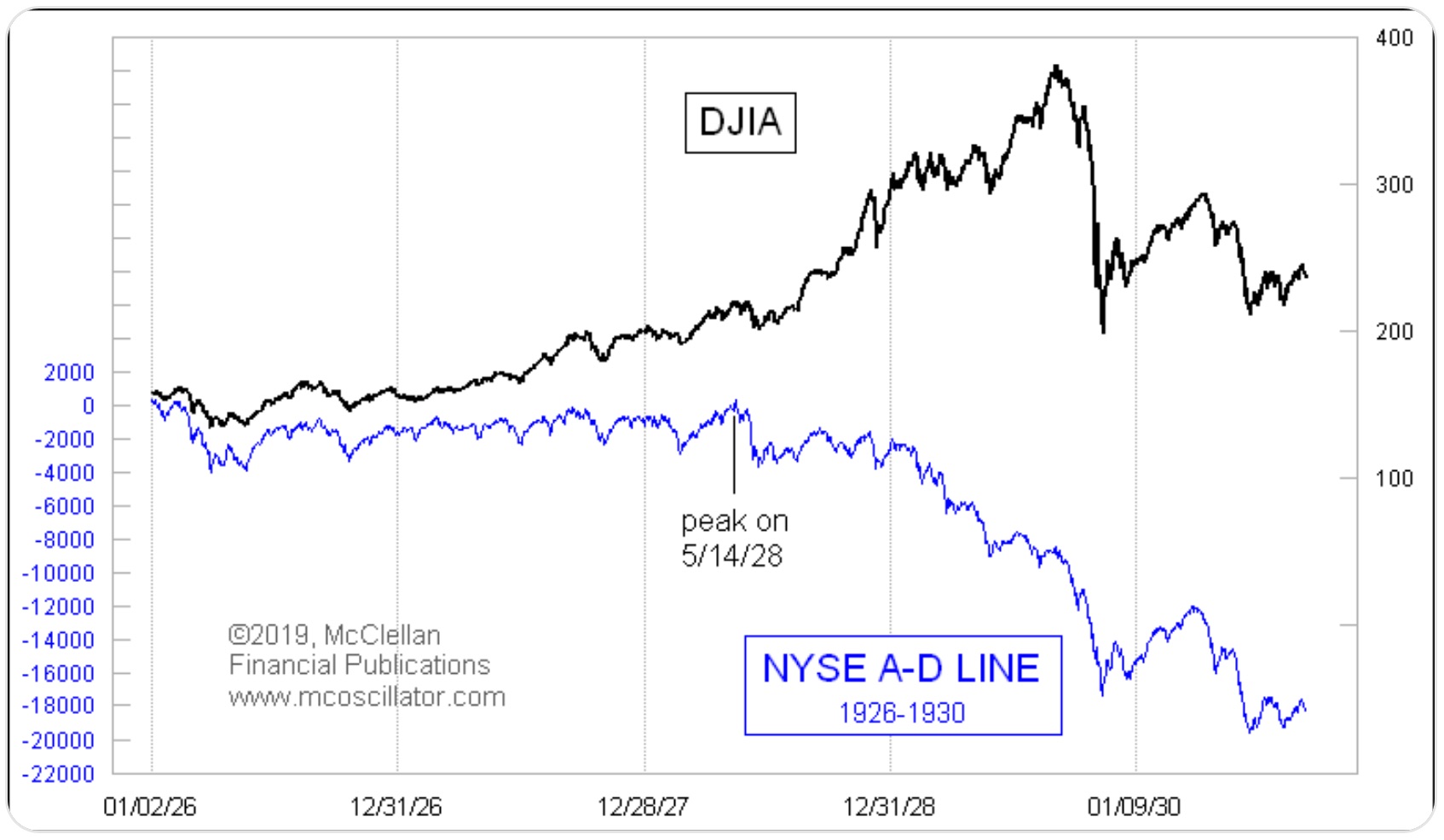 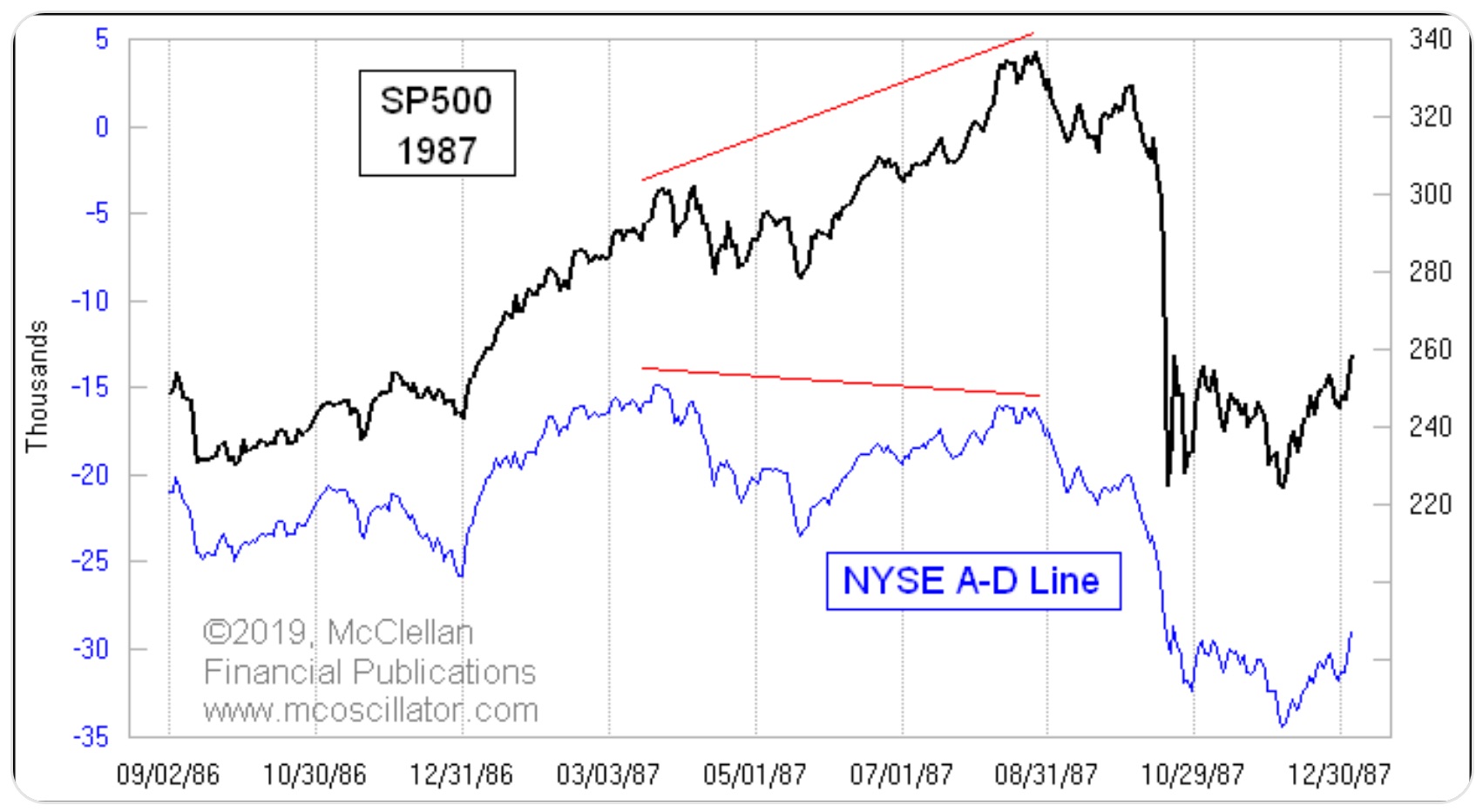 Today
Now here is what the NYSE A-D Line looks like currently. Notice the much stronger look than those two other episodes. 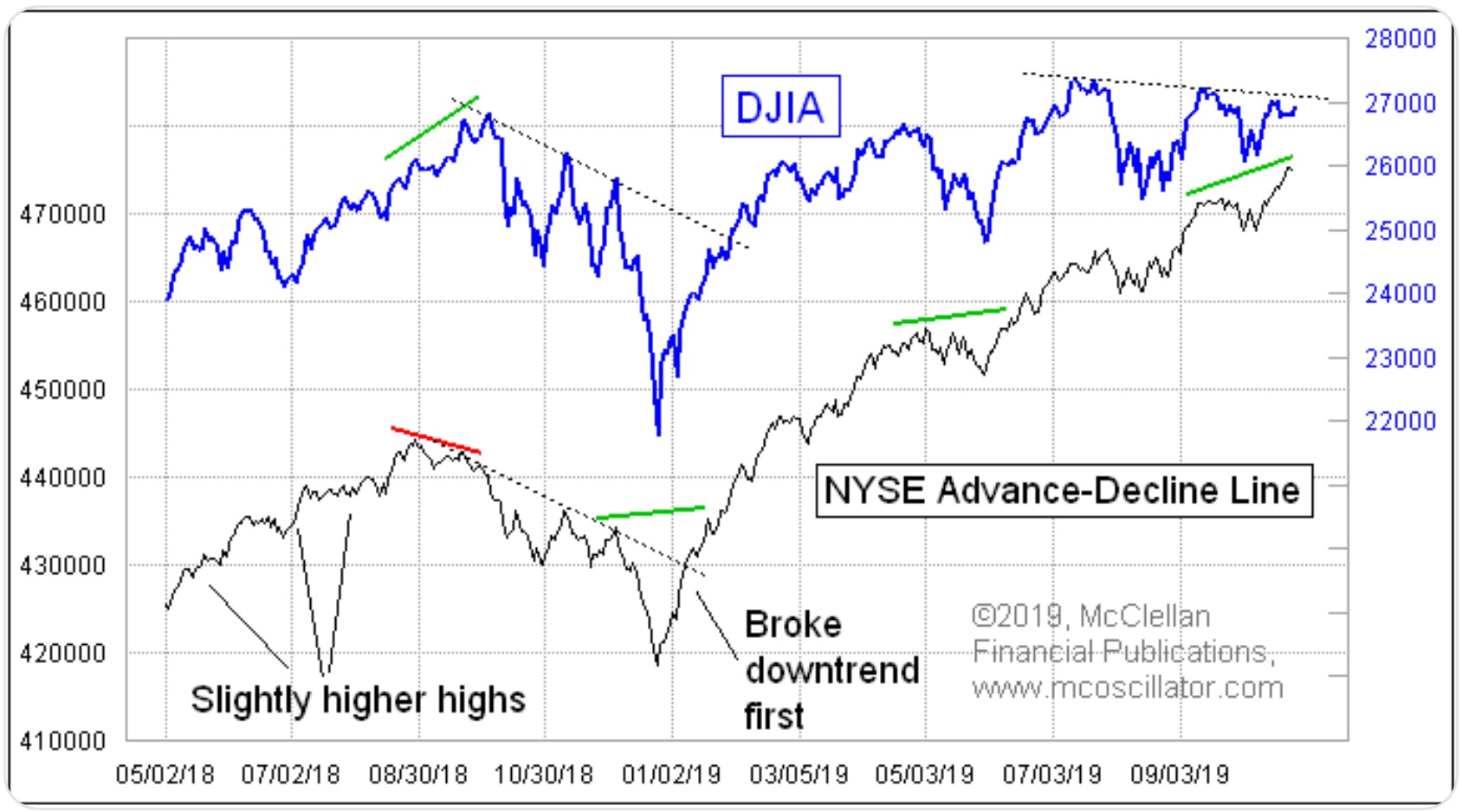 Albert Edwards Warns…
Albert Edwards, Former Global Strategist at Societe Generale:  “Does the growing void between US tech sector price and earnings (both rel to market), remind you of something? Last time this happened it ended very badly indeed. But maybe this time is different!

Gold & Silver
Ole Hansen:  “Buyers returned to gold (3% to 226k lots) and silver (6% to 44k lots) albeit at a modest pace with both metals having struggled recently to break out of their established ranges. (See charts below). 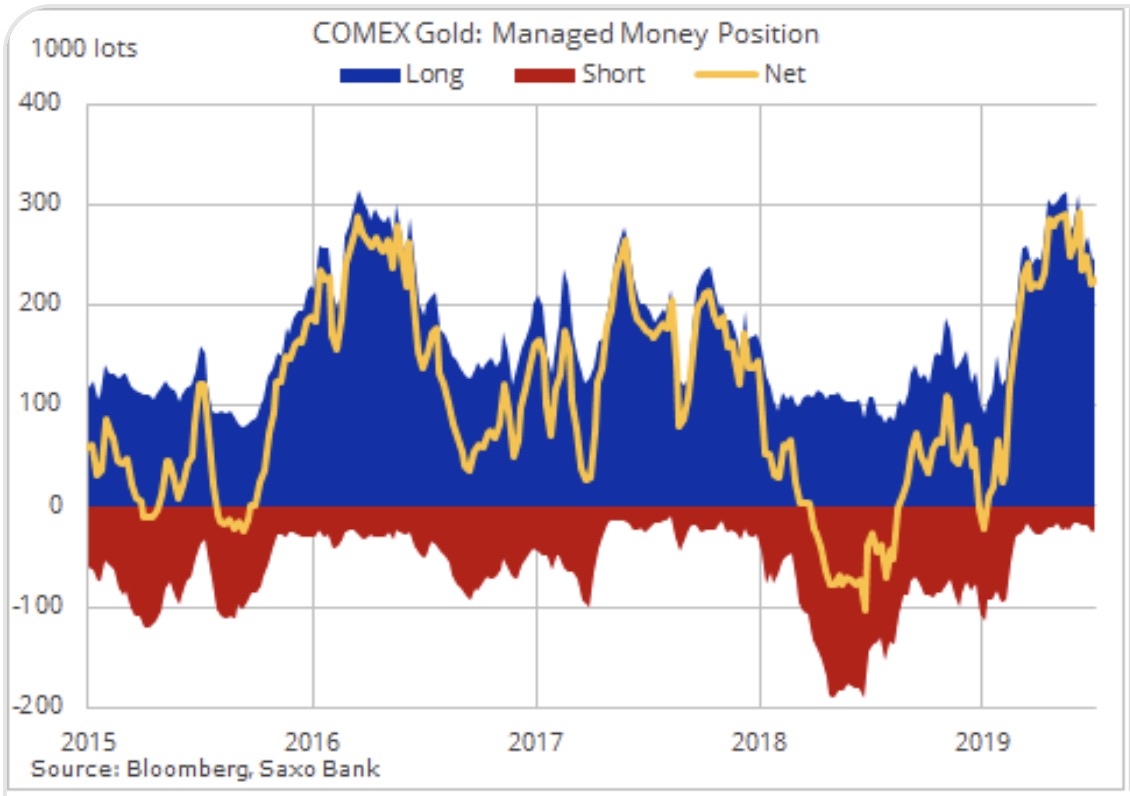 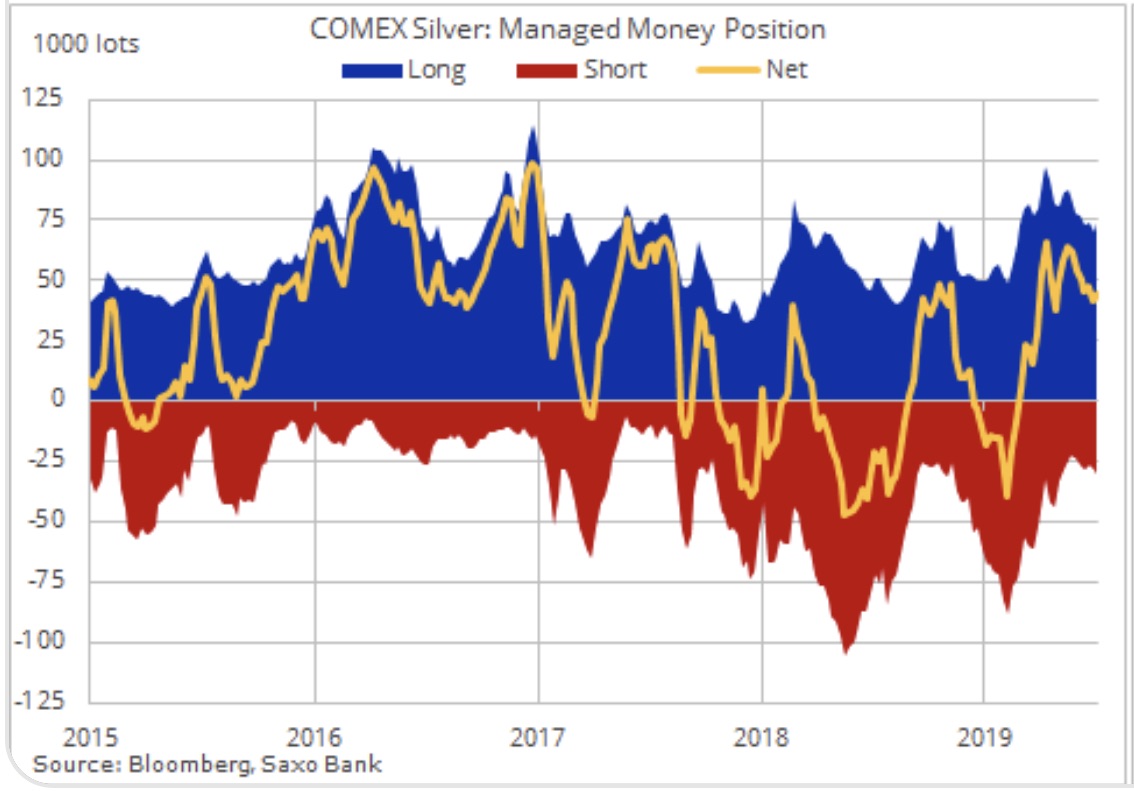 Ivan Bebek:  “We have stumbled upon a monster silver target with over 50 samples averaging above 200 grams of silver in a 4.5 square kilometer area. So this project has now reported jaw-dropping samples of up to 14 kilo silver and 23 grams per tonne of gold in one of the most prolific mining belts in the world.

As a company we are now going to be viewed as pulling off a ‘hat trick’ with a potential tier one gold discovery, a tier one copper discovery and we have now have a shot at a tier one silver discovery, with all three located in the Americas.

Our Curibaya project came together after 4 years of working and patiently waiting two key land acquisitions, which has some the most impressive abundance of silver on surface that we have seen in our careers – we are talking about several multi-hundred gram to multi-kilo silver samples over a large footprint. This is an indicator of what could be a monster silver deposit and the grades are truly world class. For shareholders in Auryn it’s the most exciting early days of uncovering this massive potential silver deposit.

It’s also exciting to have multiple tier one swings in our company as we head into one of the greatest bull markets in history that we believe will take place in gold, silver, and copper.

A Tier One Copper Swing
We are also on the cusp of making a world class copper gold discovery at our Sombrero project where we are on the verge of receiving our first ever drill permits for that massive project. This project has received tremendous attention from all of the largest mining companies in the world, and that includes the behemoths. This project may become one of the largest copper discoveries on the planet in the past two decades, and this has investors extremely excited.

The ‘Hat Trick’ – Gold
We had a massive surge in our share price on Friday when investors saw the latest drill results and realized we are now on the verge of hitting massive high-grade gold targets at Committee Bay.

One Of The Most Important Interviews Of 2019: Michael Oliver – This Is About To Put Wind At The Back Of The Gold Market CLICK HERE TO READ.

Massive Daily Fed Intervention, Plus A Look. At Gold And Why Fed Will Have To Do A Lot More QE CLICK HERE TO READ.

This Brought The World To Its Knees, Plus What You Need To Know About Today’s Trading CLICK HERE TO READ.