A top analyst just warned the Bitcoin collapse will intensify.

Repeat Of 2014
November 16 (King World News) – Top Citi analyst Tom Fitzpatrick just warned Bitcoin tumble a prelude to bigger collapse:  Bitcoin has just crashed below the support level that has held since April of this year on a weekly close basis at $5,922…

This will be an almost perfect replication of what happened in December 2014 if sustained on a weekly basis.  Following that close in 2014 it took just 4 weeks for Bitcoin to more than halve in value in a move that took it below the 200 week moving average for a high to low move of 86% over 12 1/2 months (see chart below). 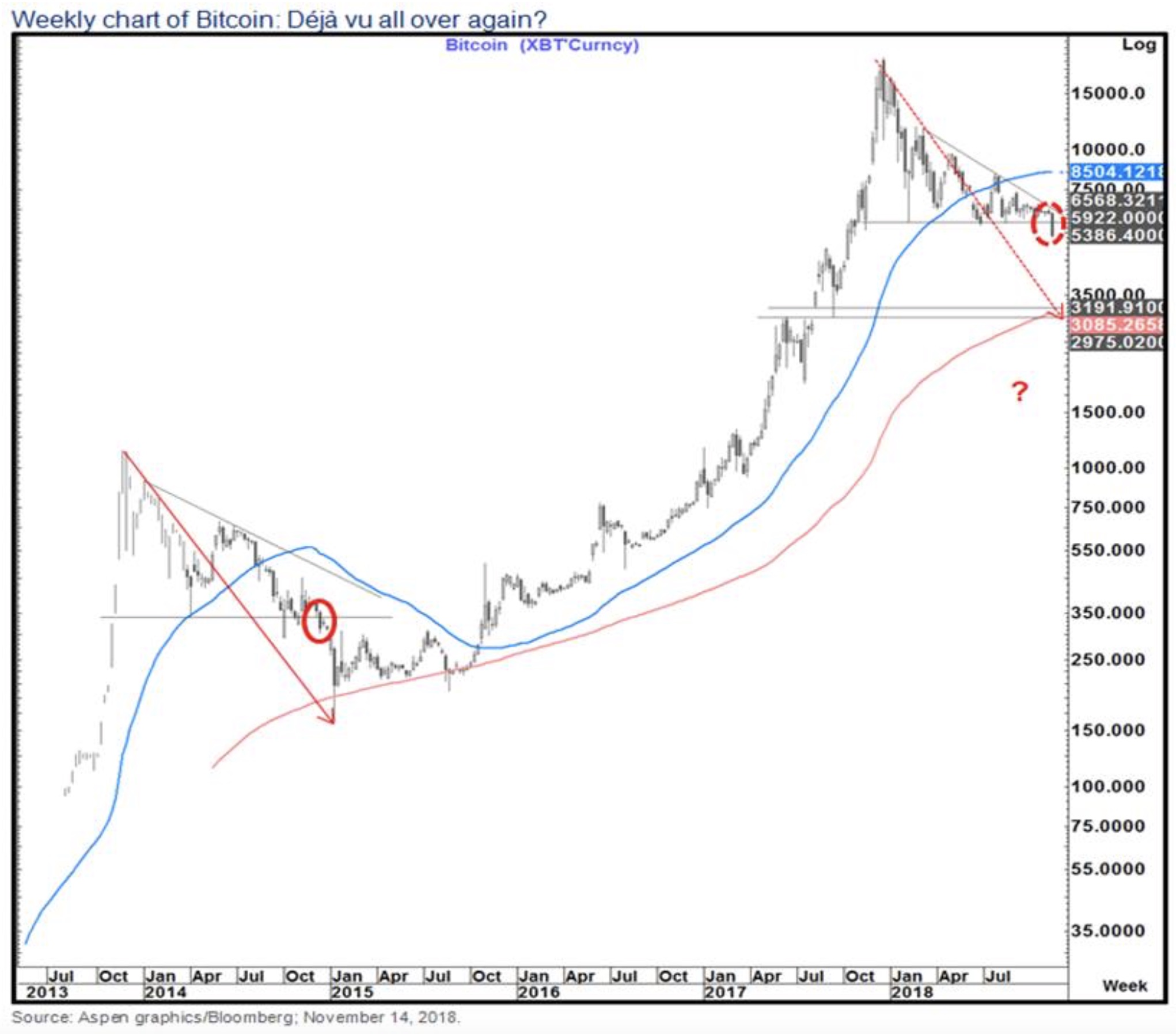 ALSO JUST RELEASED:ALERT: Golden Window, Plus A Market That May Be Setup For A Massive Short Squeeze CLICK HERE TO READ.