On the heels of a brutal takedown in the gold and silver markets, always remember to take a step back and look at the big picture as silver is headed to at least $370, plus more on gold and silver.

Silver
November 22 (King World News) – Graddhy out of Sweden:  …Here is one for silver and it shows the largest so called long cycle I track, the Kondratieff wave. I see a price objective around $370, but it can briefly go much higher at the very end of the bull market.

Yes, Silver Will Eventually Hit $370 In This Bull
Market…But It May Even Go Much Higher 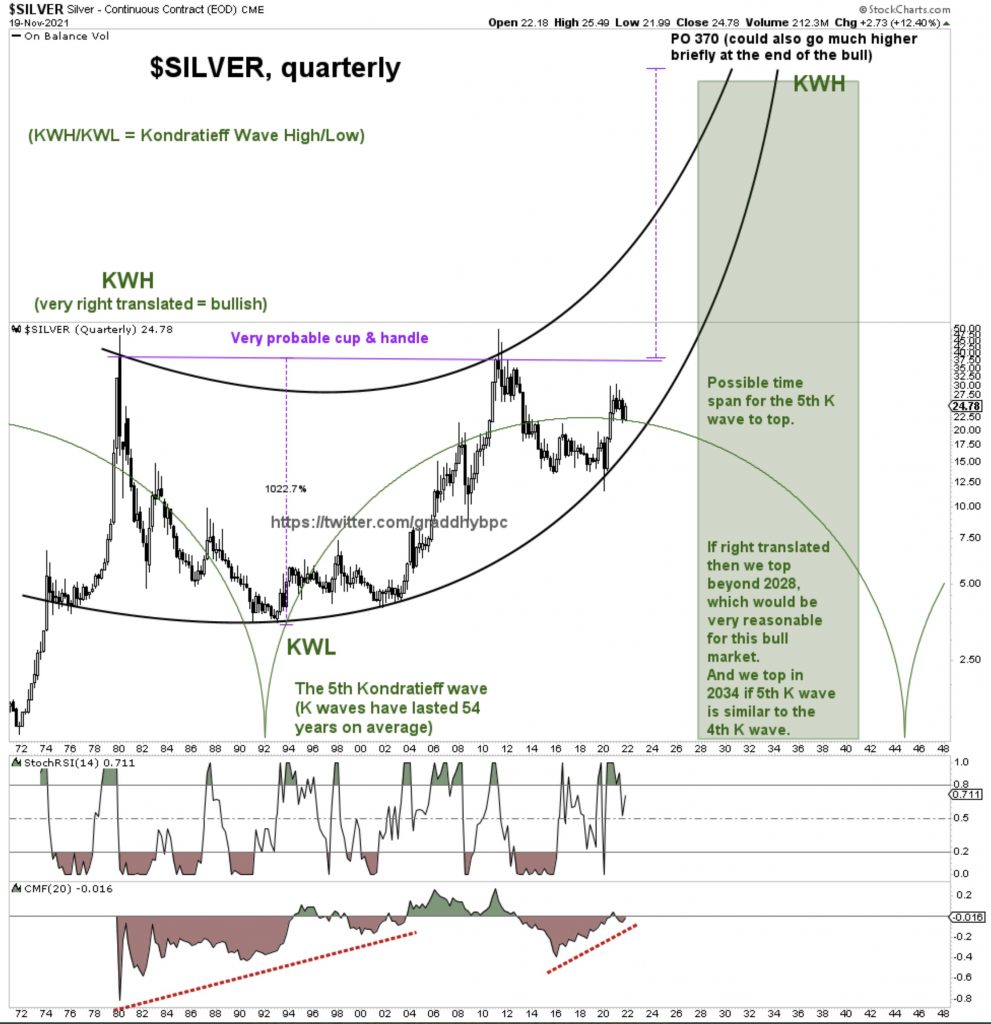 Silver vs CRB
Graddhy out of Sweden:  The big blue breakout & backtest for this chart is still valid, but we want it to hold here really to keep the structure intact. So silver is still holding its ground versus general commodities complex, expected, but good to see as it is important for the bull.

SILVER’S MASSIVE UPSIDE CUP & HANDLE
BREAKOUT vs COMMODITIES!
After Silver Holds This Zone, The Big Upside Surge
For The Price Of Silver Will Begin 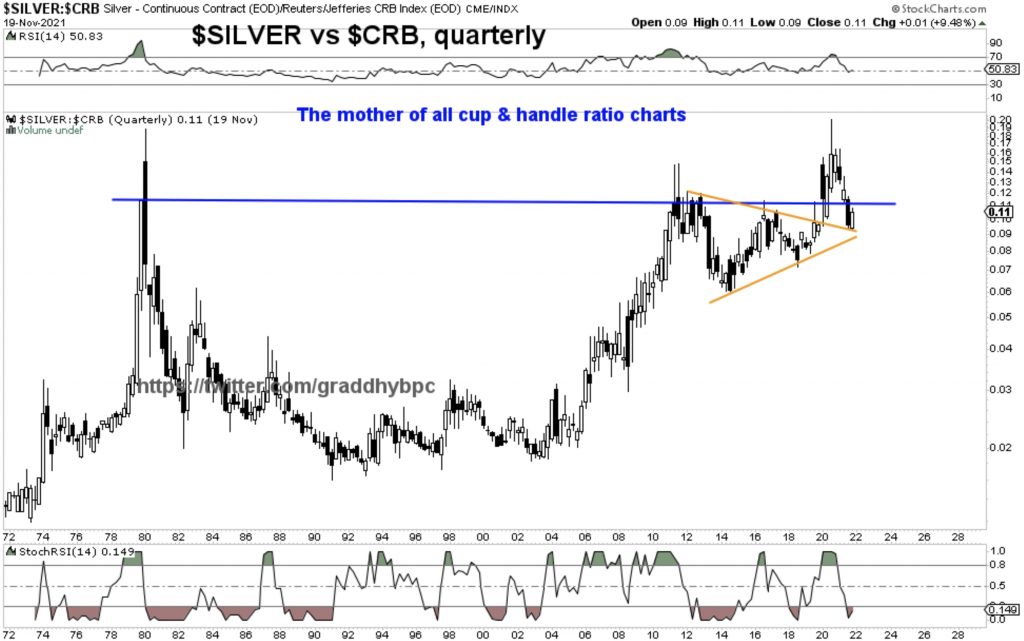 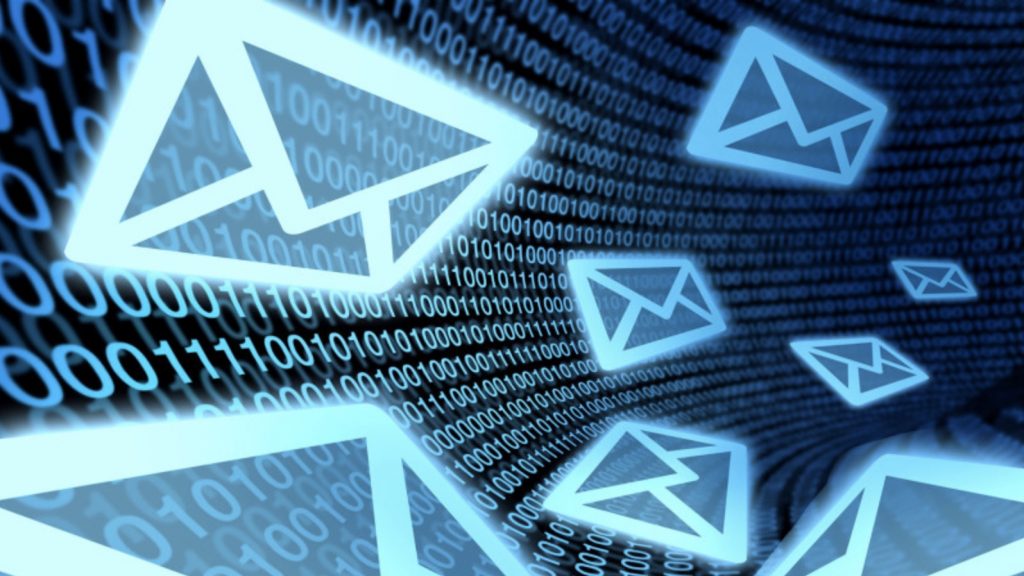 PM Smashes
Email from KWN Reader C. Perkins:  In previous smashes in the PMs themselves such as we’ve just seen, the miners would also have been taken behind the barn and brought back feet-first.

Yeah, they’re all down a bit but not “as usual”.

The other “tell” is that silver got dumped, too, but it’s down less percentage-wise than gold.  In times past, it always took a bigger percentage beating than gold.

Keep up the good work!

“Stable Money Is A Precious Public Good”
Peter Boockvar:  On the website of the German Bundesbank it says with respect to monetary policy:

“Stable money is a precious public good. It protects savers and income earners from the erosion of wealth while promoting growth and employment. The primary objective of monetary policy in the euro area is therefore to ensure price stability.”

Today the Bundesbank released its monthly report and said German inflation in 2021 will come in just under 6% but will ease somewhat in 2022 as the VAT cut recycles out of the y/o/y calculation.

They do though estimate that inflation will remain above 3% for “a longer period of time. For the core rate, values well over 2% are conceivable.” What they also expect to come in the context of this higher inflation is “Macroeconomic conditions also point to stronger wage increases for collective bargaining agreements to be renewed in the near future.” I guess this is outgoing Bundesbank president Jens Weidmann’s parting message to Christine Lagarde and the ECB that inflation will not be so temporary.

As for the US, the y/o/y rates of inflation will likely peak out in February 2022 as the comparisons get tougher thereafter and hopefully the supply shortages begin to ease after the holidays, but I still expect a multi year period of time where inflation is at least 3%. While not the 6-7% we will see in coming months, it of course is a level well above where it was pre Covid and certainly much higher than the current level of interest rates. It also is a rate that will force the Fed’s hands, whoever is leading it, to tighten monetary policy.

Many months ago I included a chart of the REAL 10 yr rate relative to a one month read of CPI rather than using the TIPS market for a measurement. My friend Brien Lundin who writes the Gold Newsletter provided an updated chart in his Friday letter and I’m going to post it here for reference to the 1970’s and the level of REAL rates back then. You can see the similarity from this interest rate inflation adjusted perspective. 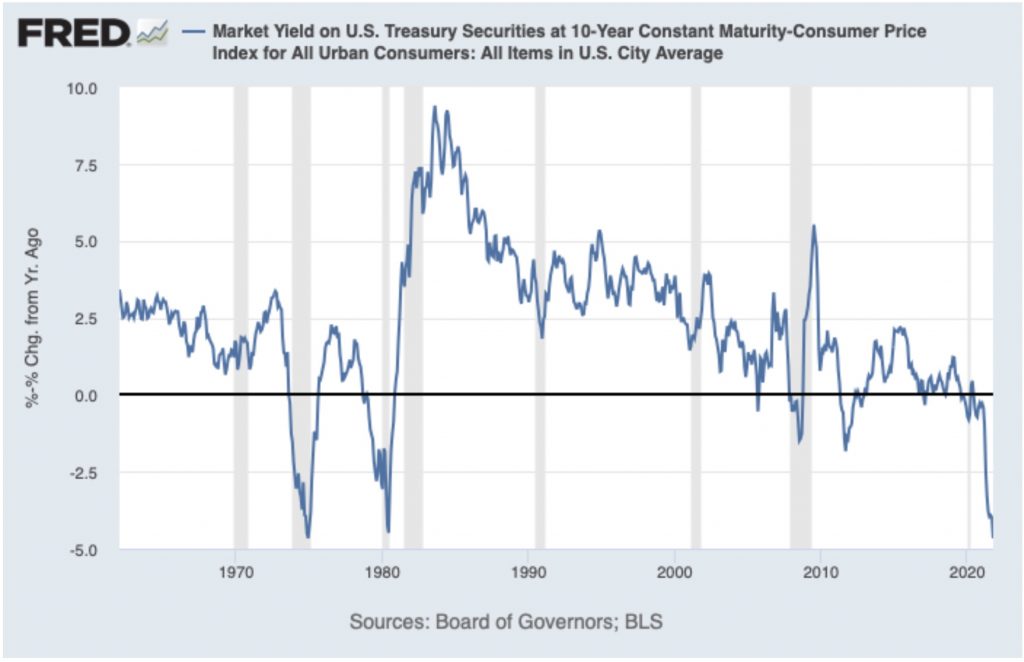 On inflation and currency debasement, this is what John Maynard Keynes said way back when, “By a continuing process of inflation, governments can confiscate, secretly and unobserved, an important part of the wealth of their citizens. By this method they not only confiscate, but they confiscate arbitrarily; and, while the process impoverishes many, it actually enriches some.”

Shifting to overseas data, South Korea said exports in the 1st 20 days of November rose by 27.6% y/o/y. They were helped by both chip and big ship exports. Imports were higher by 42%. Taiwan’s exports rose by 14.6% y/o/y in October, though below the estimate of up 23%. If only they can make enough semi’s but they also saw strength in chemical exports and basic metals. These two countries have begun vital cogs in global economic activity because of the need for many of their products and raw materials, especially semi’s from both countries and container ships out of South Korea.