Today one of the top money managers in the world spoke with King World News about China and Russia's plans for world domination.  He also discussed how China and Russia ultimately plan to send the price of gold skyrocketing.

Stephen Leeb:  “I continue to be focused on East vs West.  One of the key battles being waged between the West and the East right now is over Greece.  Greece is a gateway into Europe….

“I don’t know whether Greece is going to drop out of the eurozone or not, but what I do know is that a story came out this week revealing the biggest investor in Germany in 2014 was none other than China.  I’ve spoken with you in the past, Eric, about the trains that run from Germany through Russia and into China, and how those trains are jointly owned by Germany and Russia. 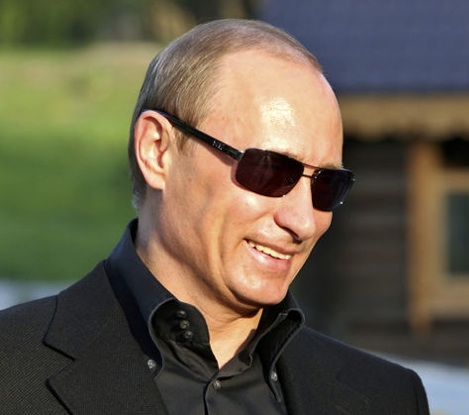 And how many people would have believed that Russia would have to sell rubles because the ruble was getting too high?  Well, that’s exactly what happened in the past two weeks.  The ruble got too high and so Russia had to sell rubles to keep it down.  Six months ago when I was talking with you about this crisis, the ruble was in freefall and everybody thought Russia was collapsing financially.  There was endless propaganda in the West about the collapse of Russia.  I kept telling you that Russia would come through this crisis just fine and they are.

But circling back to China’s large investment in Germany, it suggests a Russian/Chinese/German alliance.  I’ve also spoken about the fact that China plans to build a train that will go from the key Greek port up to Budapest, Hungary.  From that point there is only one country separating Hungary from Germany and that’s Czechoslovakia.

What’s interesting is that the Czech Republic is becoming very close with Russia and China.  Czechoslovakia already has one of the most developed economies in all of Europe, so it’s a given that this train system going through the Czech Republic will do some trading along the way to Germany.

So now we can clearly see that China and Russia’s ambitions extend much further than just the border of Russia.  And again, why is China the biggest investor in Germany?  This relationship is continuing to grow as they develop more transportation lines to Germany.  Well, one of those transportation lines is going to go through Greece.  What I am saying is that I would give very high odds that Germany is going to end up in the Eastern camp because that’s where their future lies.

China To Send The Price Of Gold Skyrocketing

I also keep saying that we are living through a major point of inflection.  China and Russia also have their infrastructure bank (AIIB) and the Silk Road initiative.  Well, a key to this inflection point will be when China says, ‘Yes, the yuan will have a major role, but I also think gold should have a major role as well.’  As soon as that happens the price of gold will skyrocket because gold will move from being a de facto currency to once again officially becoming a global currency.

And at that point all of the key alliances that China and Russia have been fostering around the world will become a major power bloc in terms of controlling global trade and dominating the world.  I have been saying all along that ‘So goes the gold, so goes the power,’ and the West has been hemorrhaging gold out of its vaults, directly into Russia and China’s vaults for many, many years.  This is going to end very, very badly for the West and the only beneficiaries in the West will be those who own large amounts of precious metals.

People in the West will have to own physical gold and silver in order to survive this historic inflection point.  I don’t care if gold is priced at $1,100, $1,200 or $1,300 because investors should just keep accumulating it.  Gold at $2,000 will be nothing.  I keep saying that eventually gold will cross the Dow and right now the Dow is at about 18,000.

People today might think gold at $18,000 sounds crazy, but that’s where the gold price is headed, and the massive surge in the price of gold will actually be engineered by China and Russia, which is why both countries continue accumulating massive amounts of physical gold.” ***ALSO JUST RELEASED: A Stunning Look At The War In The Gold Market CLICK HERE.