After the carnage in the gold and silver markets last week, this will signal that the gold market has reversed higher.

Charts here show daily momentum, and what we are looking for are any signs of daily/short-term upturn. 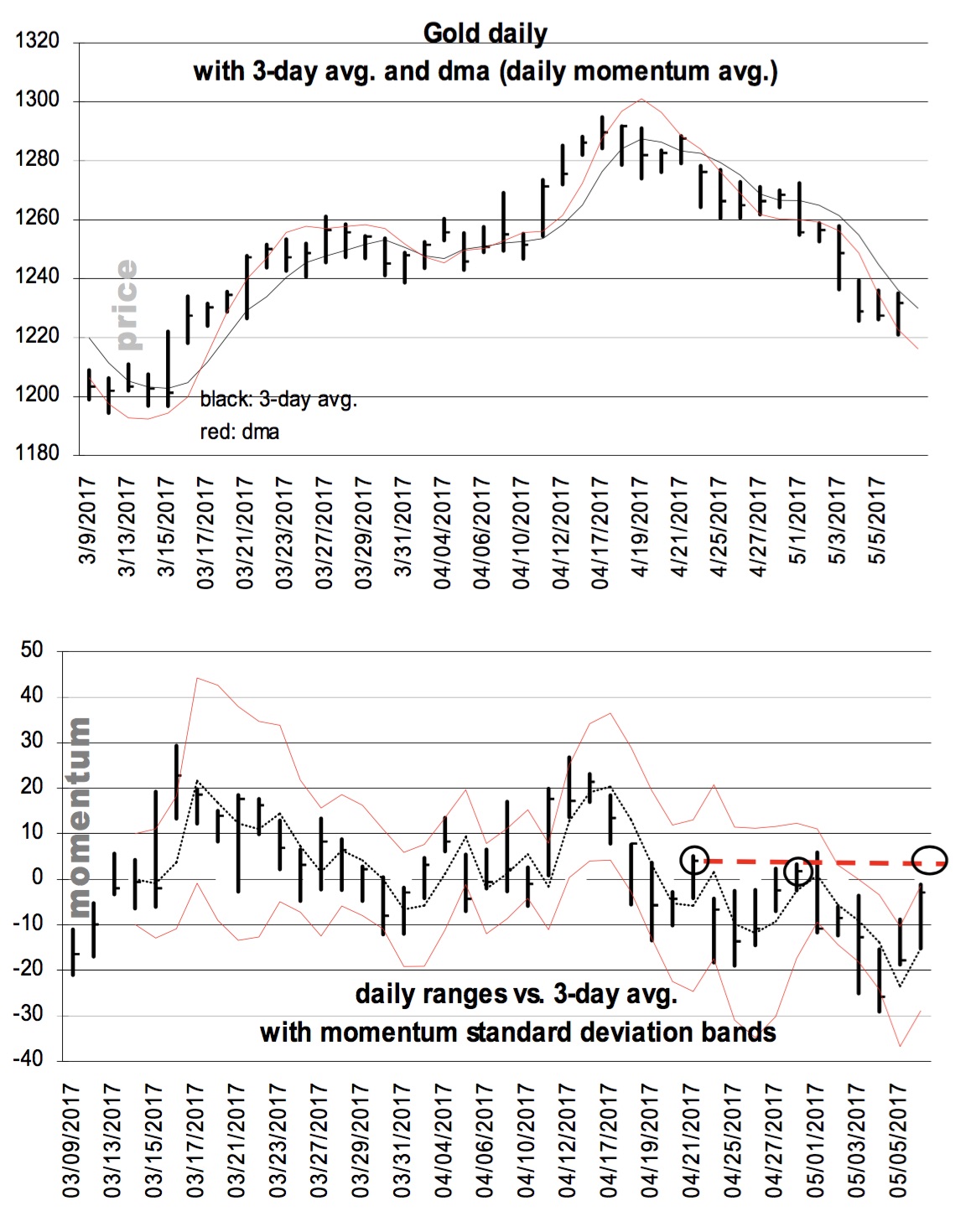 3-day momentum (for today, Monday) would like to see close above $1240 or tomorrow at or above $1235. That would cause a close over the horizontal structure. Consequence? At least it’s a positive sign of an initial rally out of the recent hole and probably the beginning of repair for gold from the recent 5% correction (contrast to 15% correction from September to December last year). 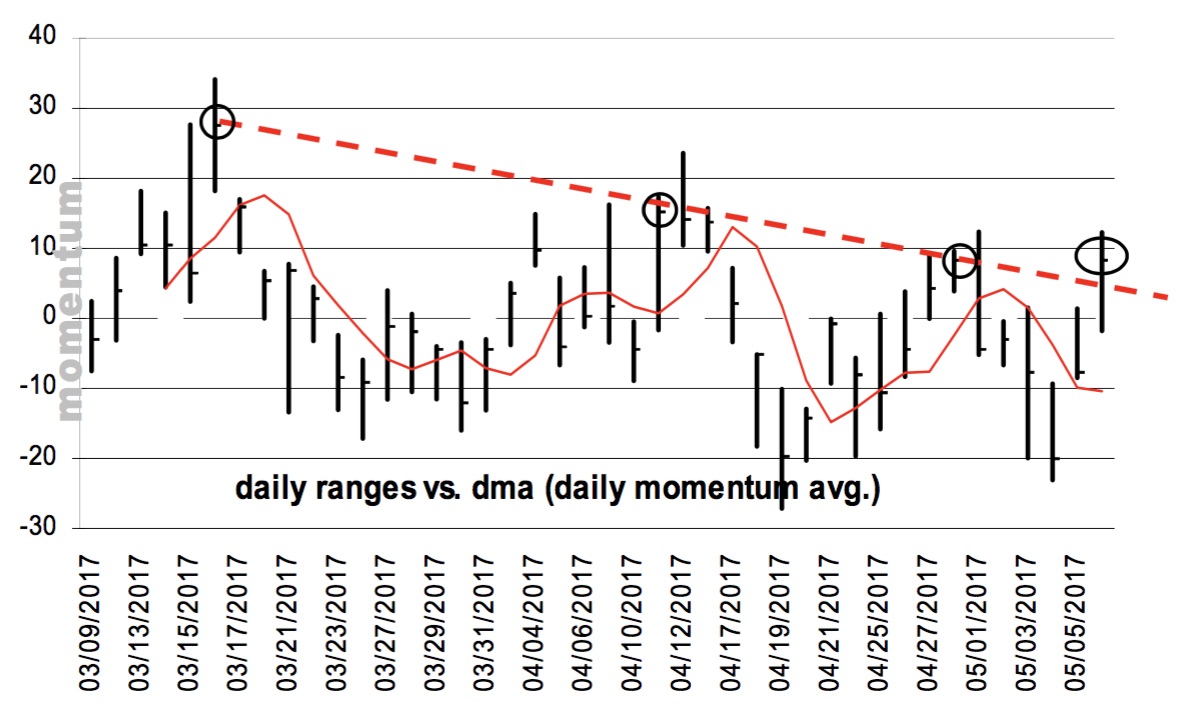 DMA oscillator has a structure, one that traces back to mid-March. Close out Monday at $1229 and that argues at least for a couple days of recovery, possibly enough to wave goodbye to the recent low.

Other short-term indicators also ripe for turn, but best to defer to the 3-day momentum chart above (first chart at top of page).