By Ronald-Peter Stoeferle, Incrementum AG Liechtenstein
June 6 (King World News) – In April this year cumulative US household debt exceeded its pre-crisis level again for the first time. While we regard the new record high in debt levels as a cause for concern, the press welcomed the news as a thoroughly positive development. 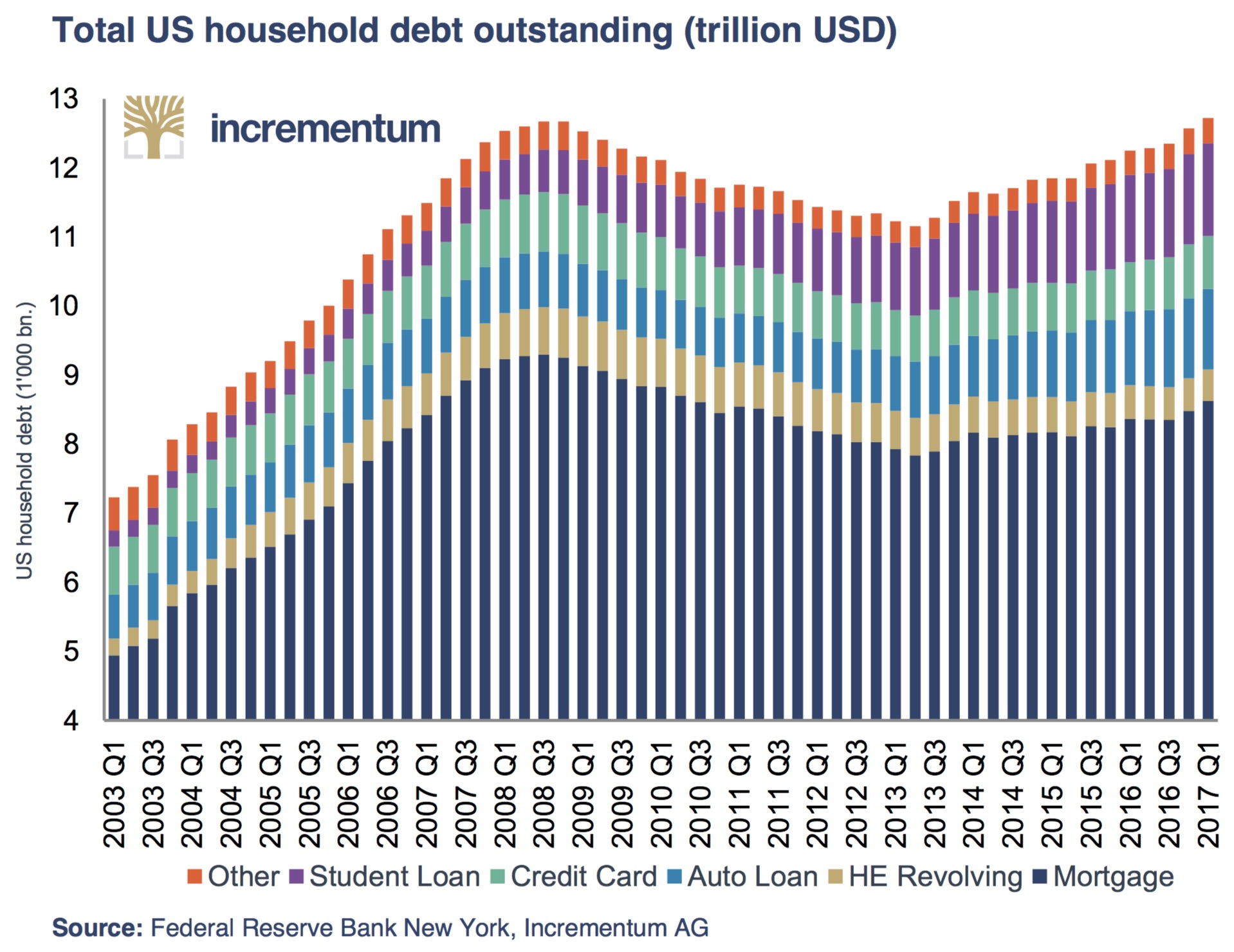 In the current monetary system, the vast majority of the outstanding money supply is created by commercial bank credit expansion. In the US the growth rate of this credit expansion has decreased quite noticeably in recent months. This is evident both in official money supply and credit growth measures, as well as in the so- called “Austrian”, or adjusted money supply. 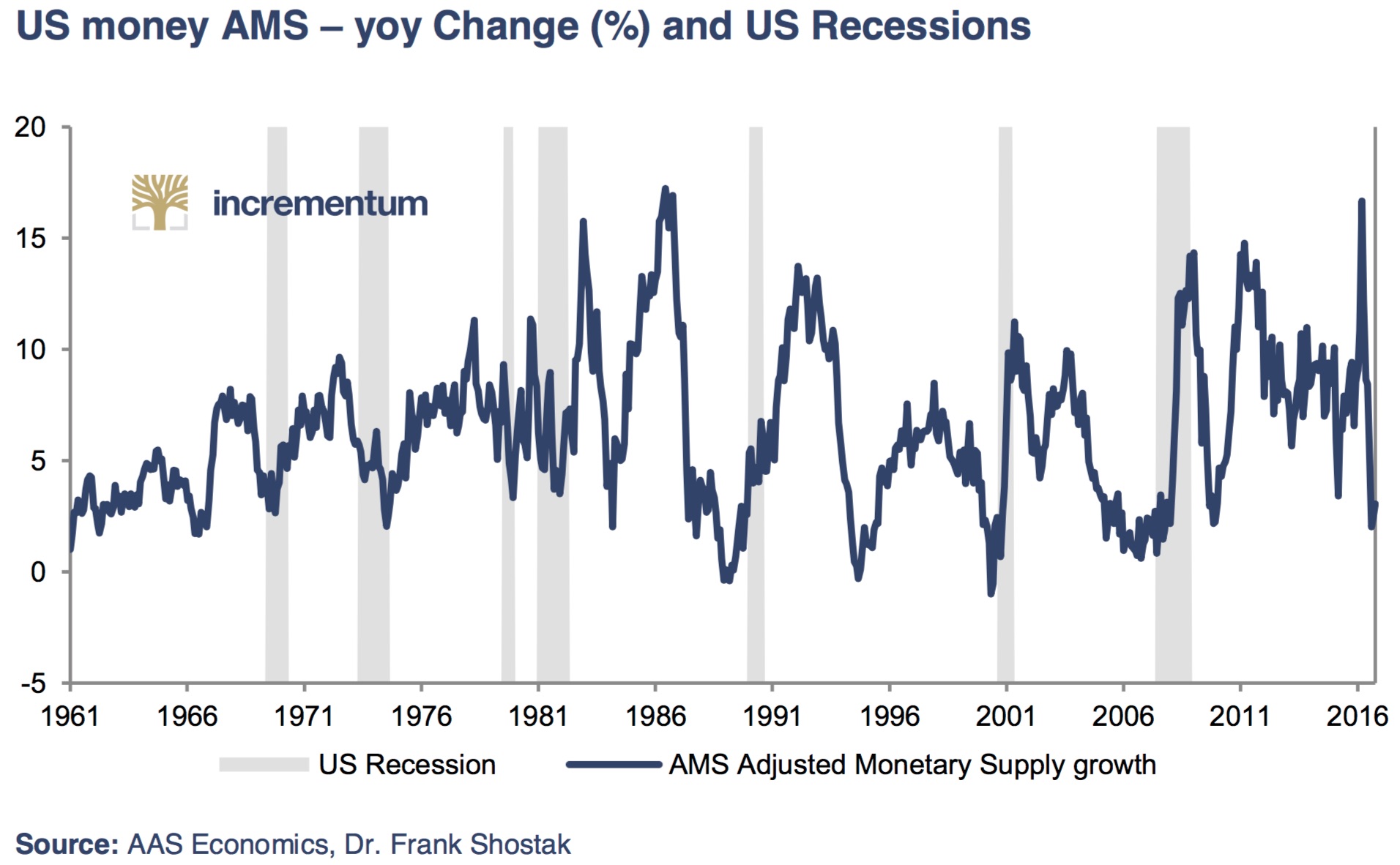 Historically, slowing credit and money supply growth were always reliable indicators of an impending weakening of economic activity and a rising threat of recession, as rapid bank credit expansion is essential for both the continuation of excessive consumption and the maintenance of malinvested capital in the US. 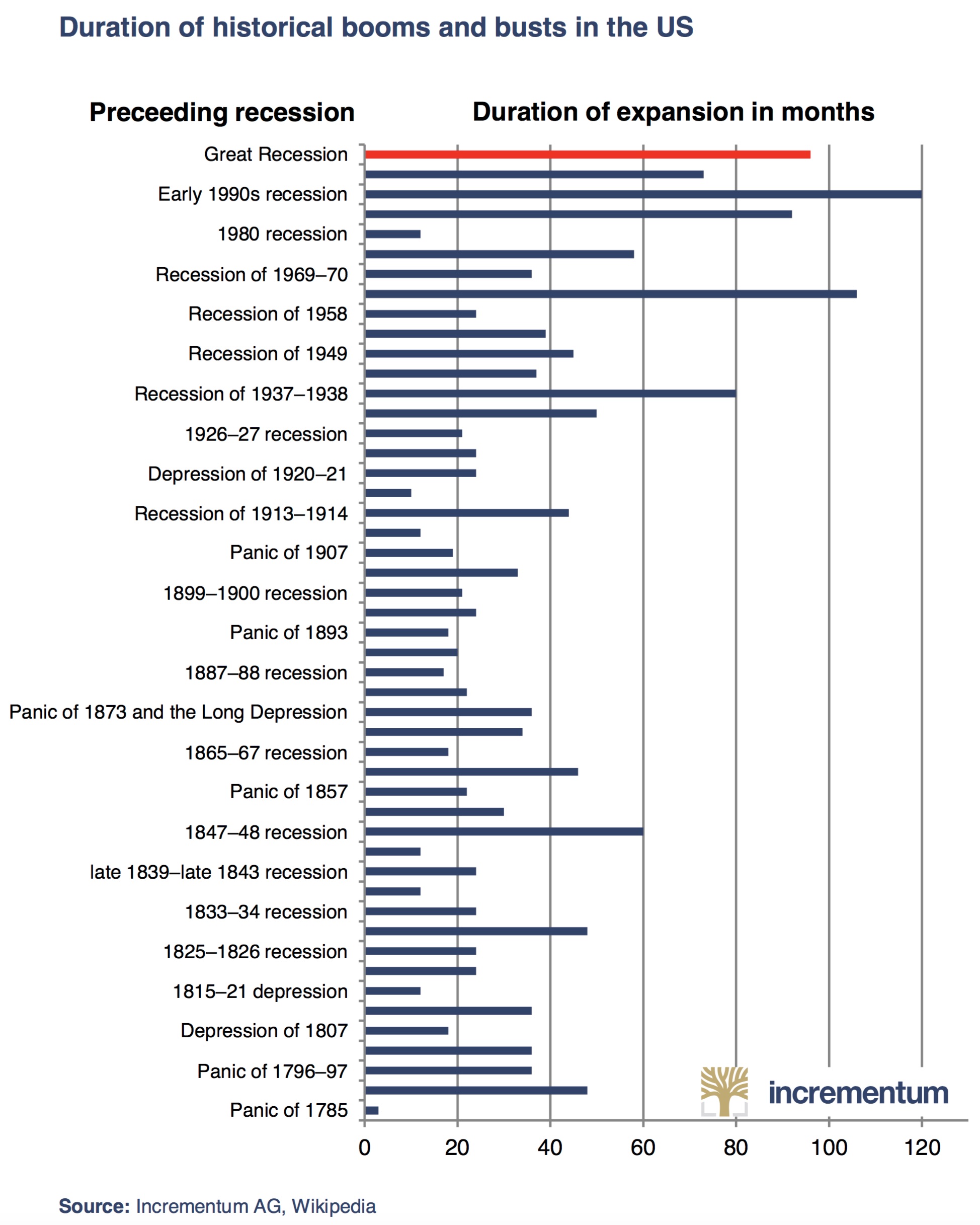 An interesting development can currently be observed in the trend of tax revenue growth rates, which typically correlate strongly with economic growth. Federal tax receipts have recently stopped growing, which is historically quite a negative sign for the economy’s future performance. An outright decrease in tax receipts is as a rule only seen during economic contractions. 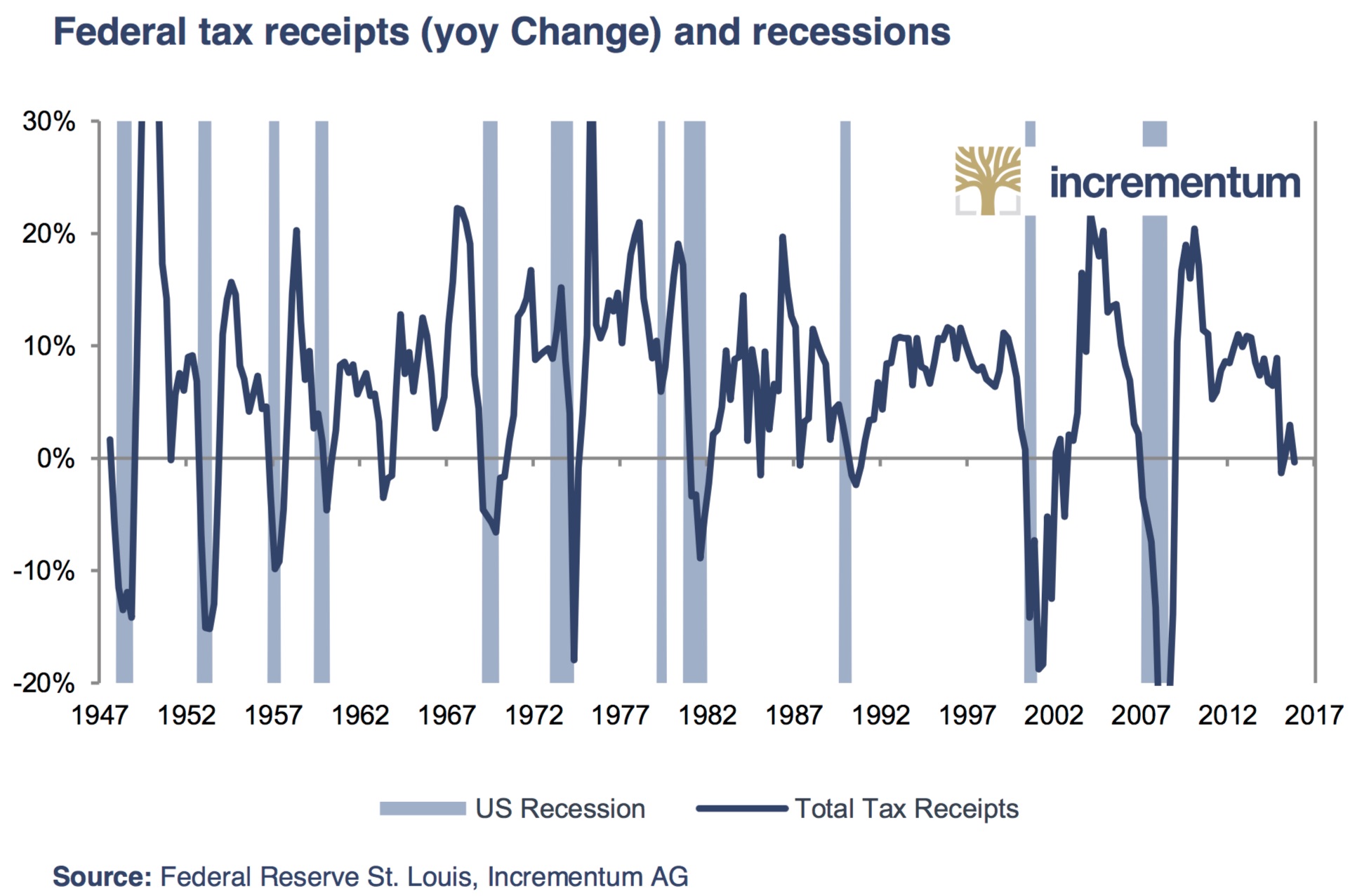 “We Believe The Consequences Could Be Grave”
Should the current expansion fail to become the longest in history and US GDP growth indeed turn negative within the coming 24 months, we believe the consequences could be grave. The knee-jerk reaction by the government and the Fed would definitely comprise renewed stimulus measures in order to arrest the downturn, which implies a U-turn in monetary policy…

Currently financial markets are almost exclusively focused on the planned normalization of monetary policy. Almost no-one seems to expect an impending recession or a return to loose monetary policy. Over the past 30 years, the Fed has implemented an increasingly asymmetric monetary policy. The extent of rate cuts routinely exceeded the extent of rate hikes. Statistically this is demonstrated by the left- skewed distribution of the effective federal funds rate.

It would be a big surprise, so to speak a black swan, if the response of the authorities to the next economic downturn were to deviate from the usual one.

Gold To Rally Quite Dramatically
Since the normalization of monetary policy hasn’t progressed sufficiently yet, renewed stimulus measures would probably shake market confidence in the efficacy and sustainability of the monetary therapies applied to date. Historical experience indicates that the crumbling of such a deeply ingrained faith is often a wonder to behold; the best thing that can be said about it is that it will sell newspapers and raise the ratings of TV news programs. Moreover, the dosage of said monetary therapies are subject to the law of declining marginal utility, in other words, the next round of QE would probably have to be significantly larger than QE3 was. If the markets were to sense that such a development was likely, the gold price would probably rally quite dramatically.