On the heels of another wild trading week in world markets, today one of the top economists in the world sent King World News an incredibly powerful piece warning that the biggest central bank in the world is now scared to death.  Below is the fantastic piece from Michael Pento. 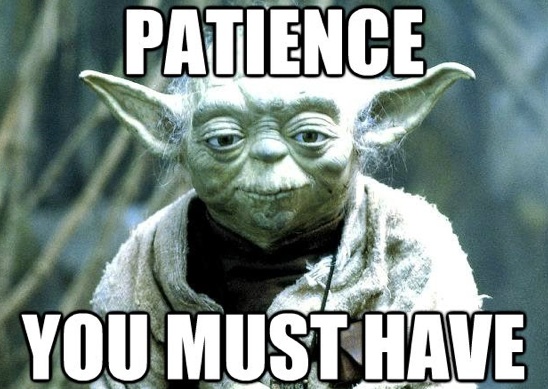 March 21 – (King World News) – The Fed removed the word “patient” from its statement made following the FOMC meeting that concluded on Wednesday.  But, taking out that one word proved to be mostly irrelevant. The removal of the patient language was more than offset by the Fed’s lowering of its GDP growth estimates and its projection for when and how high it will raise rates based on its previously incorrect assessments of inflation and growth.

Ms. Yellen said in the FOMC press conference that removing “patient” did not mean she would become impatient with raising rates. It is clear that the dollar's strength and the cascading economic data reported since the start of 2015 caused the Fed to push out its timing for its first rate hike and the overall level for which it will finally reach equilibrium….

This was a dovish statement, despite the removal of the word “patient”. It is now apparent that the Fed will not raise interest rates unless both the dollar falls in value against the euro and yen; within the context of building U.S. economic strength. However, both those conditions cannot be true. A stronger economy would lead to a stronger dollar; and that will cause earnings growth to continue to plummet, initiate a stock market correction and put the Fed’s inflation goal further out of reach. This should stay the Fed’s hand.

Likewise, a falling dollar would only become manifest under continued weakening economic data, which would cause the Fed to remain on hold because it can’t raise interest rates while the economy is barely growing; and is currently flirting with recession. The bottom line is the Fed will find it very difficult to raise rates unilaterally and will probably have to wait at least until the ECB and BOJ stop QE. This is why gold soared after the FOMC statement, along with the major averages.

The Carnival Barkers that dominate the financial media applauded Ms. Yellen’s performance at her press conference; saying the Fed had learned its lessons from the past (think 1937) and would not cause another depression within a depression. However, keeping ZIRP in place for another few months, at the very least, after being at zero percent for nearly 7 years, isn’t learning from the past.

Biggest Central Bank In The World Now Scared To Death

The central bank is directly responsible for creating serial asset bubbles during the last three decades and allowed for massive debt accumulation to now reach the point where every developed nation is insolvent and totally addicted to their central banks purchasing virtually every issued sovereign bond.

The bottom line is the Fed is scared to death about pricking the equity and massive bond bubbles. Ms. Yellen appears to have run out of patience with only one thing…the word patience. But sadly, it appears she will not run out of excuses for keeping borrowing costs at zero. ***ALSO JUST RELEASED: Andrew Maguire – We Are Now Seeing Shocking Behind The Scenes Action In Gold And Silver CLICK HERE.

PIEPENBURG: The Situation Has Gone From Bad To Scary