Greyerz – This Is The Really Stunning Thing About The Gold Market

This is a very important piece regarding where things stand in the gold market.

GOLD NOW AS CHEAP AS IN 1970 AND 2000
December 27 (King World News) – A very important reminder about where things stand in the gold market, even with gold rallying to $1,280:  Let us look at the gold price adjusted for real money supply or FMQ (Fiat Quantity Money). As this chart below shows, the gold price is now at the same level as in the late 1960s and early 1970s ($35) before Nixon closed the gold window. 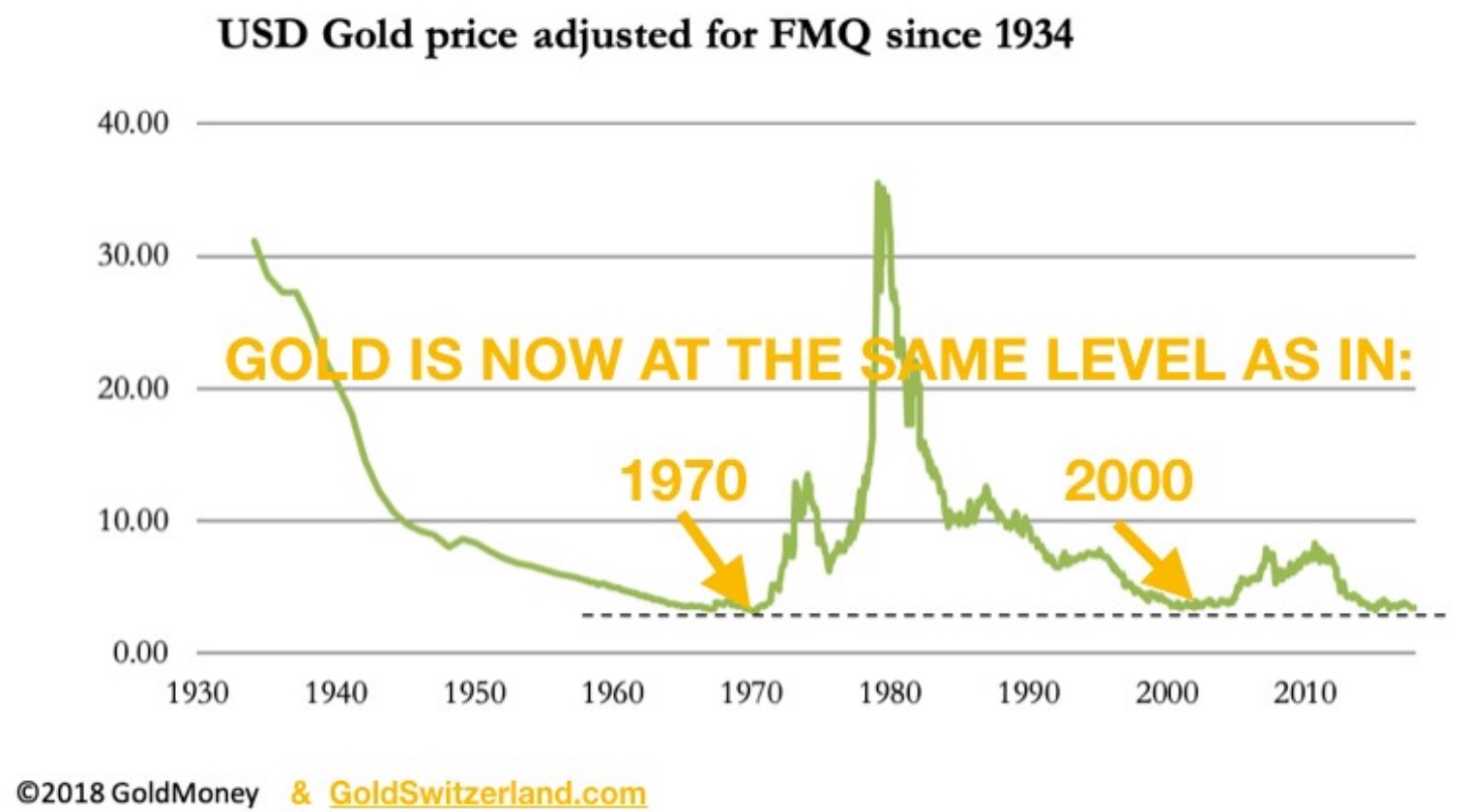 Gold is also at the level where it was at the turn of this century around $300. What this clearly shows is that gold on any criteria is severely undervalued whether it is against money supply or stocks…

Egon von Greyerz continues:  “But the reason for owning gold should not primarily be based on the incredible undervaluation but on the fact that gold represents the best insurance as well as the ultimate wealth preservation against the imminent collapse of most assets and also of the financial system…For those who would like to read more of Egon von Greyerz’s fantastic articles CLICK HERE.

ALSO RELEASED: LOOK AT THIS: Fred Hickey On Gold, Gold Stocks And US Stock Market CLICK HERE TO READ.

A Big Surprise This Week!