As the precious metals continue to digest their massive gains, this is the big surprise for gold bulls, plus here is where things stand in the gold market.

Consolidation Continues
September 4 (King World News) – Alasdair Macleod:  Gold and silver drifted lower this week in moderate volumes for Comex gold and low volumes for silver. This morning in Europe gold traded at $1935, down $29 on the week, and silver was $26.70, down $1.35. This consolidation phase has now lasted nearly a month. 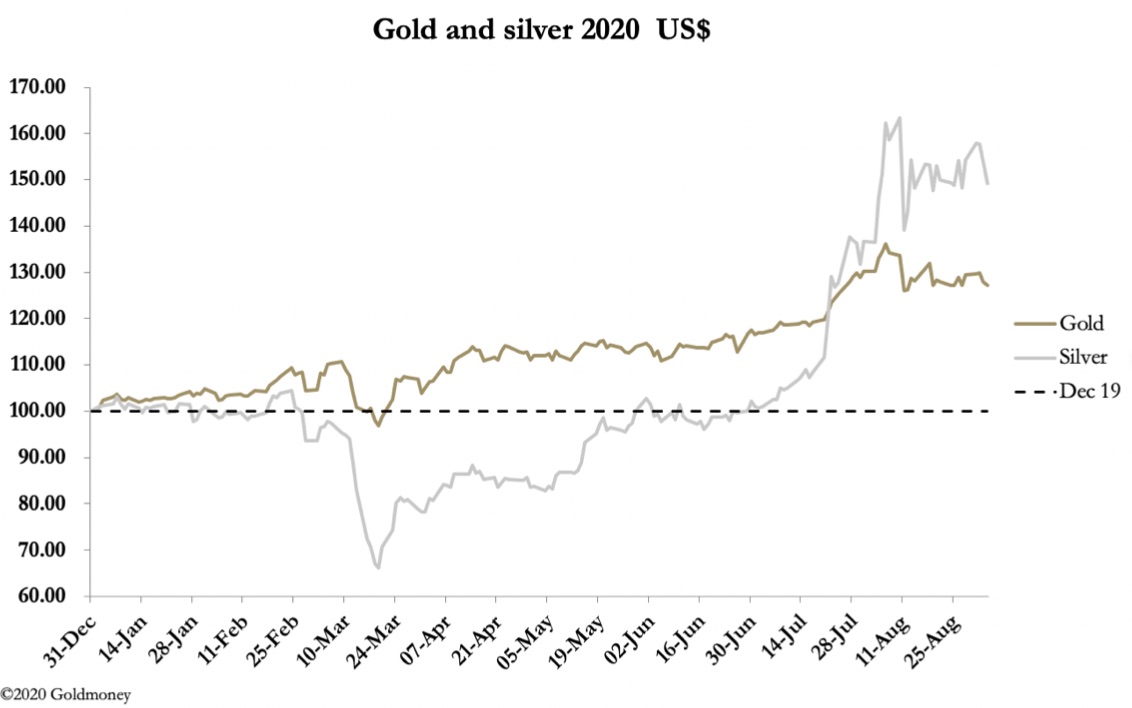 This inflation driven run commenced on 23 March when the Fed, after cutting its funds rate to 0% from 1% the previous week, announced infinite inflation in view of the lockdowns taking place at that time. The five-month run to all-time highs for gold in early August can be viewed as an adjustment in the price to take account of the Fed’s covid-driven monetary policy. The official story, swallowed by the investment community and still being pushed today, is that of a V-shaped recovery once the lockdowns end. Now that businesses and consumers are cautiously emerging from their covid bunkers, precious metals markets are waiting to see if the V-shaped recovery is intact. If not, we can expect a second wave of monetary easing, signalled by Jay Powell in his Jackson Hole speech last week.

The pattern of trading in gold suggests that hedge funds which have been long gold and short dollars have been reversing their trade, having seen the dollar’s trade weighted index slide to a low of 91.75 on Tuesday. This is shown in our next chart. 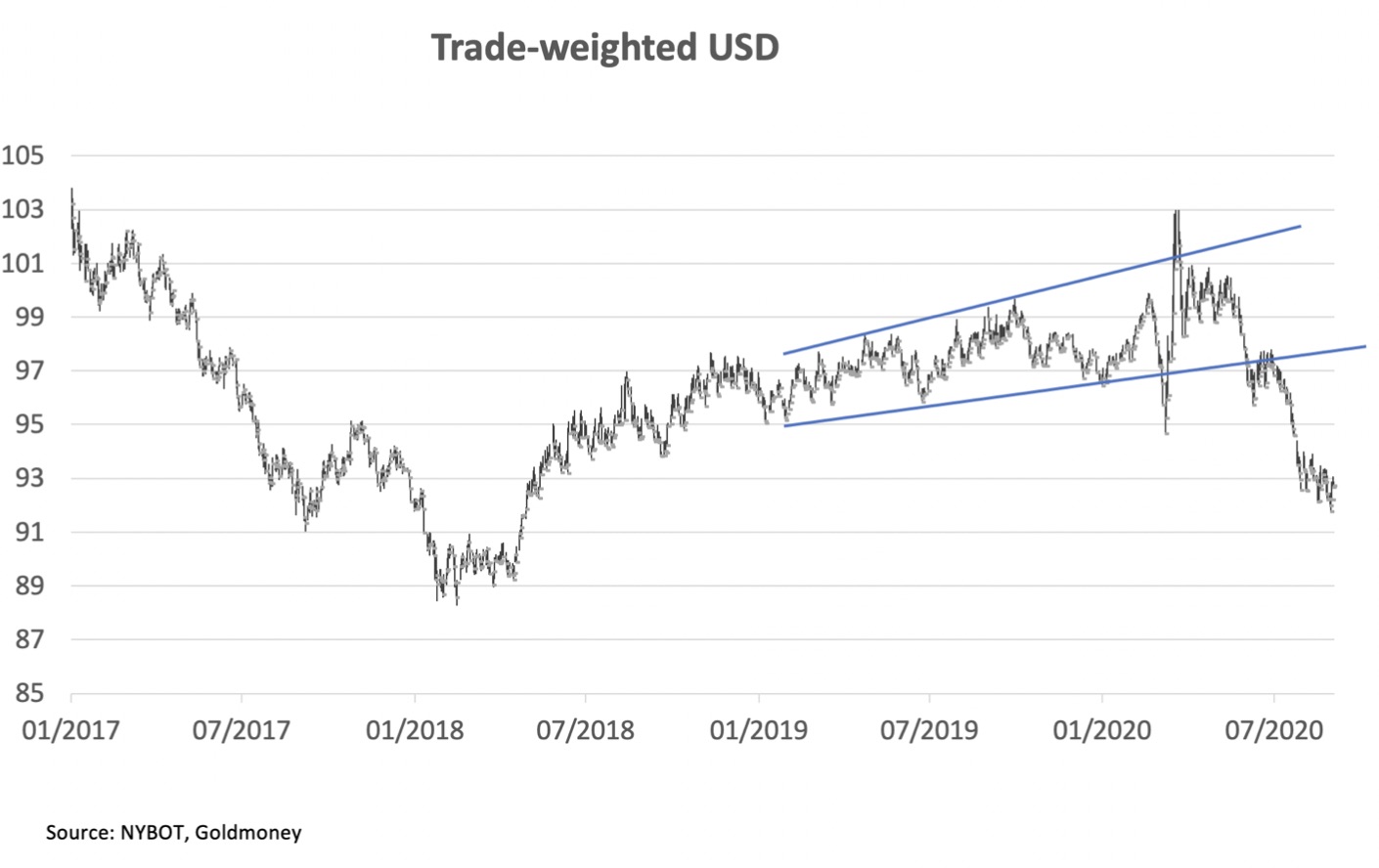 The dollar’s TWI is at an interesting juncture. The fall from the 23 March peak would have involved hedge funds and other non-bank institutions unwinding positions in the fx swap market, and a few fellow travellers shorting dollars and buying yen or euros to ride the new trend. Conventionally, this leaves dollars oversold and ready for a bounce. Furthermore, there is a pause in the hectic increase seen in money aggregates such as M1.

The Big Surprise For Gold Bulls
So far, there is little evidence of foreign selling, which according to US Treasury TIC figures own 20% of all US securities outstanding, and $6.223 trillion bank deposits and short-term bills. But only this morning, China’s state-run Global Times in a front-page article announced China “may reduce its holdings of US Treasury bonds” (selling over $200bn) and might dump them all “as the ballooning US federal deficit increases default risks and the Trump administration continues its blistering attack on China”.

While this appears for the moment to be a war of words, there can be little doubt that China dumping US Treasuries in this manner, and presumably the dollar with it, will encourage other foreigners, both governments and private sectors, to reduce their exposure to needlessly owned dollars.

More Smoke & Mirrors
In another development, the LBMA and the Bank of England have begun releasing vault data monthly in arrears, as opposed to quarterly. The LBMA claimed it was “Responding to the requirement for increased transparency from the Fair and Effective Markets Review”. If the LBMA really meant it, there is no reason why it would not do as Comex does, report vault holdings daily.