On the heels of today’s rally in stocks, a top analyst just warned investors to fade this rally because stocks are set to tumble.

Fade Rally, Stock Market Set To Tumble
January 16 (King World News) – Top Citi analyst Tom Fitzpatrick:  We have argued over the past week that while we expect higher levels in the equity market over time, history clearly showed that moves like we saw into the December lows are usually followed by sharp bounces and a renewed attempt to go lower that often gets back to or close to the original low…

In that respect it is worth keeping a close eye on this 2,623-2626 range that we tested and held today. It constitutes the base of the channel that goes back to early 2018; horizontal resistance (prior support) and the 61.8% retracement of the impulsive fall (see chart below). 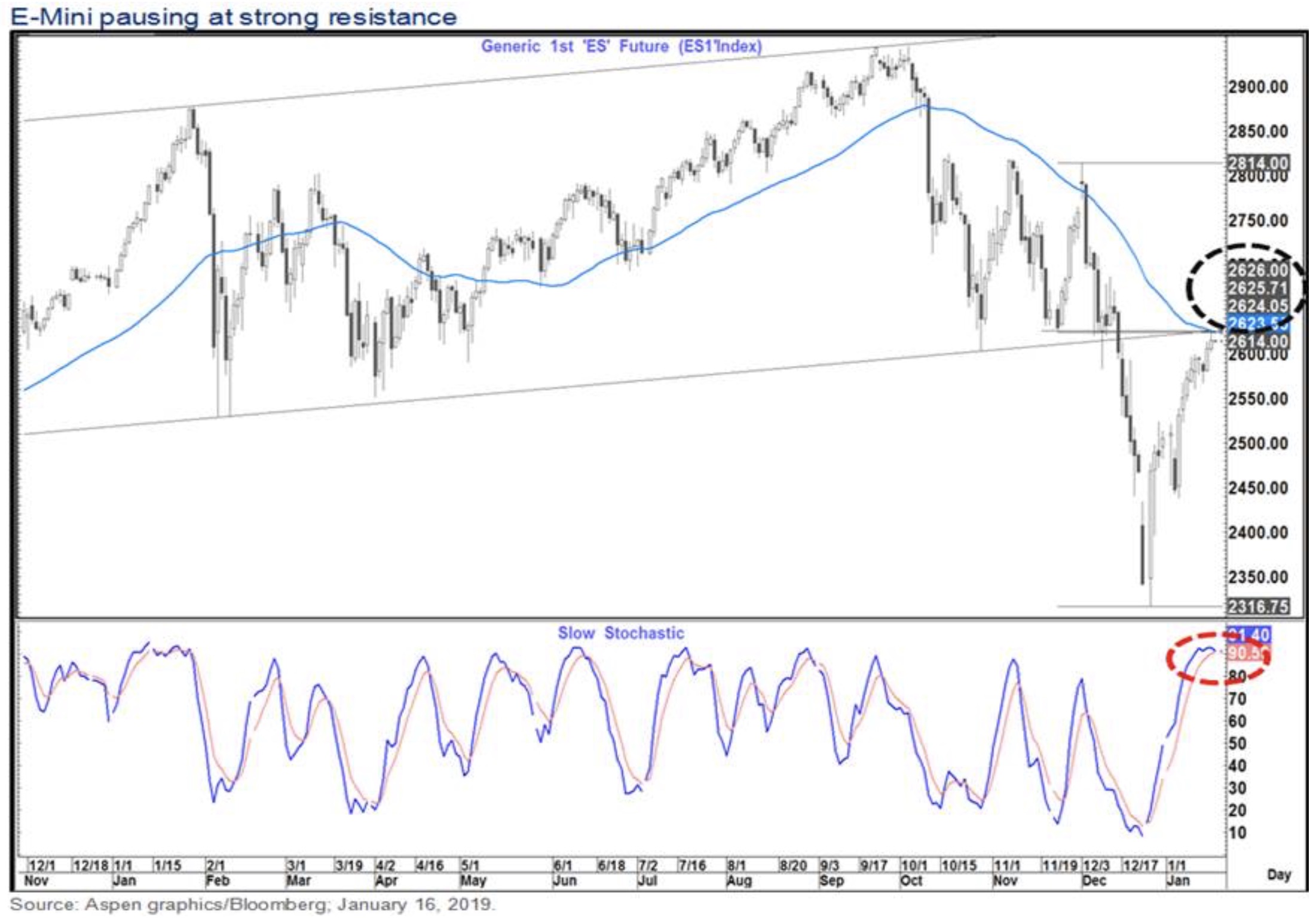 In addition, daily momentum is turning over from overstretched levels. This in a day when the S&P closed up but so did the VIX.

A failure to regain this range in the next 24-48 hours may be a warning sign that a renewed move lower could be about to materialize.