Don’t give up on the gold bull market, look at this…

Inflation Will Be With Us For A Long, Long Time
June 3 (King World News) – Edward Gofsky:  Inflation is now at 40 year highs 8%. PPI is 11% & oil is over $115 last seen in the summer of 2008. This is a massive tax on the U.S economy. It’s only going to get more crazy unless the Fed backs up their tough talk & hikes rates aggressively to stab inflation in the heart 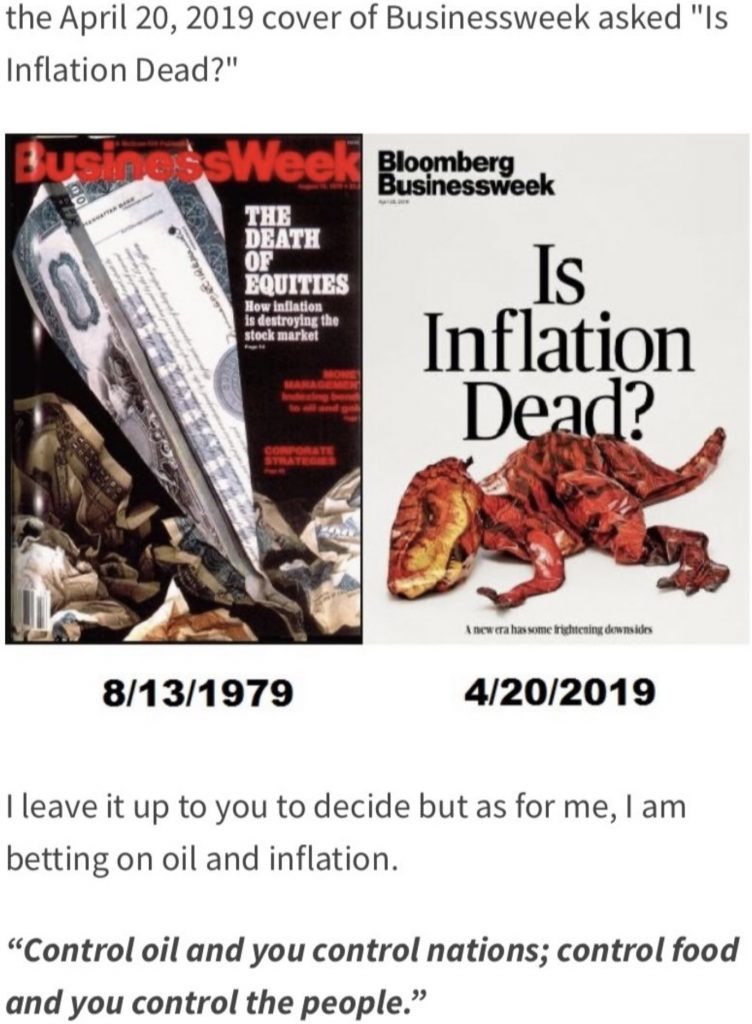 The longer the Fed waits to do an emergency .75% hike the higher the price of oil will go & suffocate public & corp balance sheets with the menace of stagflation. If the fed is too chicken to raise rates fast enough oil will go to $200 this summer & the economy will die anyway.

Don’t Give Up On Gold Bull Market
Gold {Monthly Chart}. {Cup} setup with major {Wave 3} fully confirmed. Major {Wave 3} is subdividing & we are in a minor {Wave 4} correction which can end at any moment. Inflation is 8% & rates are 0.75%. GDP is contracting & AMZN had its slowest sales growth since 2001. 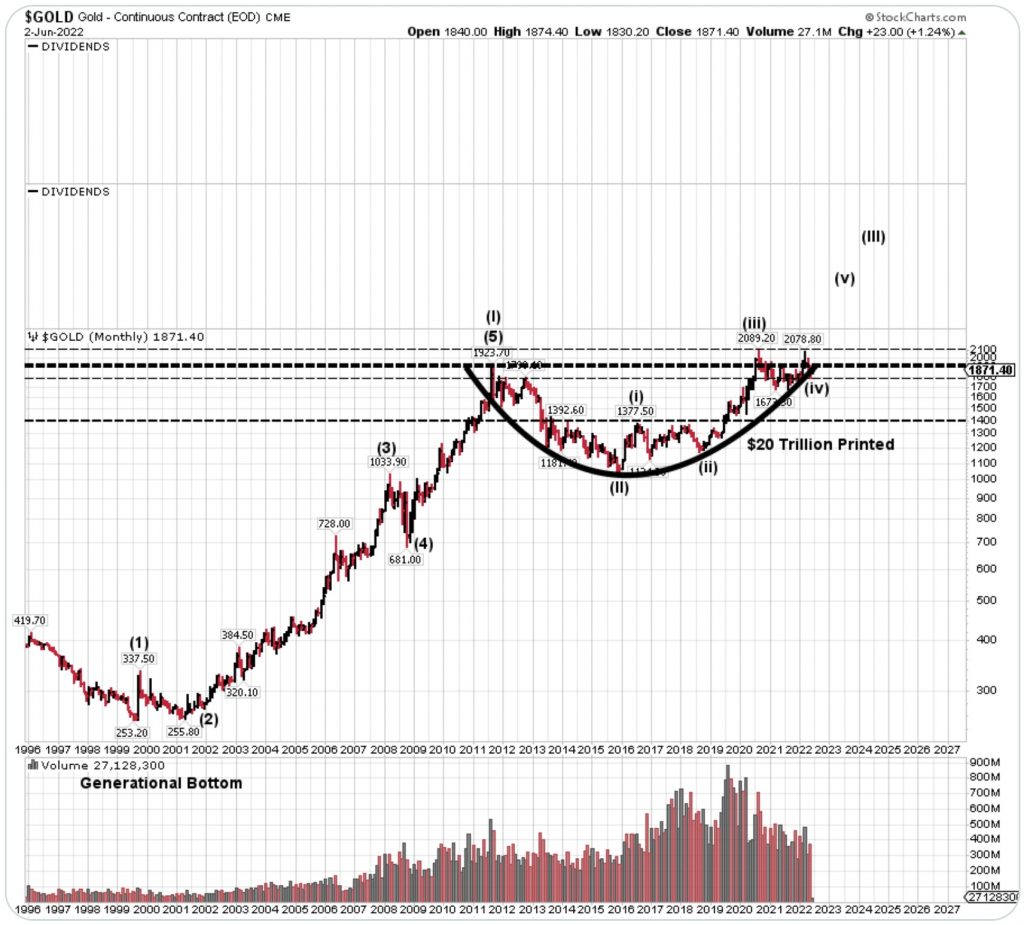 Credit Contraction Prelude To Banking Crisis
Alasdair Macleod:  Most important statement made by Jamie Dimon 2 days ago was JPMorgan was now cautious in its lending. He was signalling a trend towards bank credit contraction which will be mirrored by all the world’s G-SIBs. Bank credit contraction is always forerunner of a banking crisis…

Sentiment
SentimenTrader:  Stocks suck. Bonds are terrible. So it makes sense that the general U.S. consumer has never been more pessimistic about prospects for the two markets. Ever. 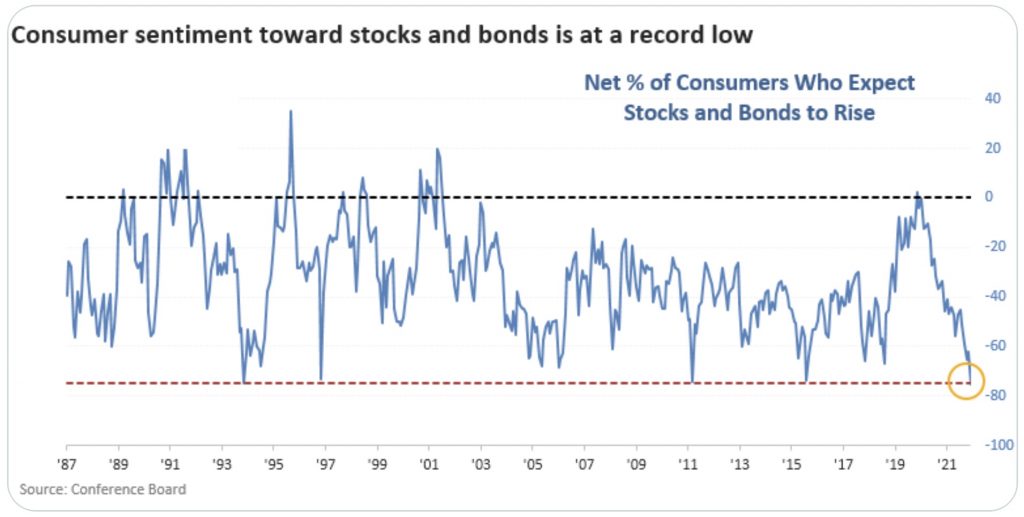 Churn
Art Cashin, Head of Floor Trading at UBS:  DUH! Tv pundits continue to tie themselves in knots calling this turn and that turn and pointing to this thing and that thing as a primary market influence.

Boys and girls, last week we said, this week we would see consolidation with daily whipsaw swings up and down choppy trading and that pretty much just what we got and it may continue into the next week, perhaps into Tuesday.

We will look into the abacus over the weekend and see how that fits in. In the meantime, we think today’s turning will continue for the balance of the day, subject of course to any geopolitical surprises.

The market continues to trade within Thursday’s technicals you recall, the resistance was in the S&P was 4,175 and the support was 4,050 although this morning it was very very mild support at 4,100 which they look to be breaking now.

So again if we were to push through any of those levels will see if the algorithms kick in and the markets get excited. For now it is, DUH, another whipsaw choppy day in a consolidation series as we had projected before the week began. It will be interesting to see if they close like this particularly on the lows and will work on the slide rule and the abacus over the weekend. But we think we end in consolidation by Tuesday, but one day at a time.

Stay safe, and have a great weekend.