With the Dow surging and gold and silver continuing to consolidate recent gains, one of the greats in the business sent King World News a fantastic piece about the war in gold, Stan Druckenmiller’s comments at Jim Grant’s conference, central bank lunacy and China’s $30 trillion problem, plus a bonus Q&A that includes questions about the gold market.

October 24 (King World News) – Once again there was a great deal of motion while I was on the road, though this time it happened to be to the upside for the stock market, as this week bad news didn’t matter and what was deemed to be good news (but which in reality wasn’t much of anything) led to upside explosions. About the only part of the speculative equity universe that didn’t go wild was the biotech universe, as alleged fraud at Theranos and potential fraud at serial price-gouger Valeant Pharmaceuticals kept that sector pinned down…

What In the World

However, China has to deal with the fact that over the last eight years it has taken its debt levels from $7 trillion to $30 trillion, so the road ahead is liable to range from bumpy to chaotic. After cutting reserve requirements again last night, it doesn’t take a genius to realize that China’s economy is not growing anywhere nearly as fast as the 6% to 7% it claims. (If you look at exports or electricity usage, it is probably safer to conclude China would be lucky to be growing at half of what it claims.)

Japan continues to be a basket case, though they are currently “all in” and may come with another round of QE later this month. The policies Japan is pursuing can’t possibly work in the long term, though they could perhaps keep the party going for another six to twelve months. I will be curious to see what happens when they either do more QE, or don’t, in the next few weeks. If the yen or JGBs ever start to crack for real from where they are, it might be a sign that it really is game over.

It Kind Of Makes Sense When You Add It All Up

Turning to Europe, obviously Draghi’s threats to print even more money and force interest rates even more negative just shows how poorly the economies of Europe are performing. Of course, between the governments and the banks, there are massive debts in Europe, so if you put a summation under what that means for the world, the G7 is weak and slowing, the BRICS are worse, and emerging markets are worse still. You really couldn’t have created a more troublesome environment if you had set out to.

Meanwhile, we’ve got wild, mindless speculation going on in the stock market here because of past bouts of free money, combined with the current policies of other central banks. So the multi-trillion-dollar question is, will the market blast off and go to new highs again or is it going to fail? My hunch is that it will fail. We will not go to new highs. That said, I personally intend to give it the benefit of the doubt until I see some sort of failure or exhaustion.

These mindless frenzies can go on much longer and travel much higher than a sane person would ever think possible, and all you have to do is look at the last six years, or 2005 to 2007, or 1999 as proof of how mad the crowd can get.

The reason for the party is that the masses think the market made a low in August, that low was tested, we didn’t die in October, therefore the party is back on. They also have some technical data to lead them to think the market is going to head higher. However, the big battle cry being “breadth thrusts” could be flawed due to distortions precipitated by ETFs. So there is a technical precedent with which to say this rally won’t last. But again, there is no point in jumping in front of a train. We can allow it to play out and see what happens.

With that preamble out of the way, the stock market blasted off about 1% higher right out of the blocks, with the Nasdaq gaining 2%, as Amazon, Google, and Microsoft all went crazy on incrementally better news. From there the indices backed off, giving up a decent chunk of their gains, but then they roared back in the afternoon to close at new highs, up 1% for the Dow/S&P and 2%-plus for the Nasdaq.

Away from stocks, green paper was very firm today after having been quite strong yesterday as the euro was destroyed, thanks to Draghi’s extreme dovishness. Oil was a nonevent, fixed income was lower, and the metals were higher in the wake of the Chinese rate cut, then smashed in a line job right around the open of stock trading in New York before rallying to close flattish. The miners, meanwhile, were higher on the day, as they continue to trade in a schizophrenic manner. 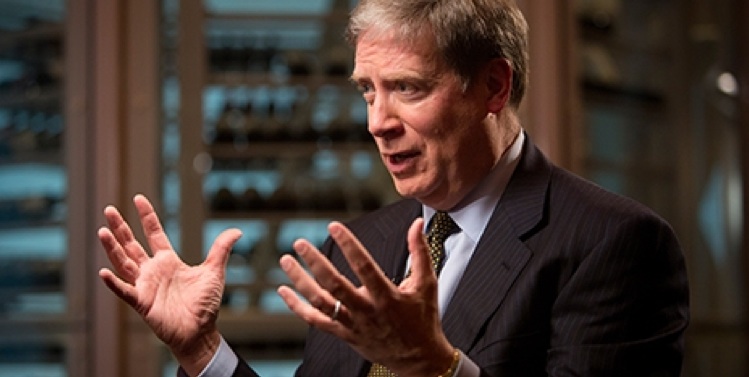 On the subject of the metals, I would note, for what it’s worth, that at the Grant’s Conference, which I attended this week, Stan Druckenmiller noted the fact that there are no good currencies in the world, and that, combined with central bank lunacy, made gold attractive, and he expects the old highs to be taken out, though he didn’t say when.

Question: Dear Bill, One who claims to understand COMEX shenanigans was predicting a gold and silver price smash by the shorts coming into this week. So far (as of Thursday night UK time) that hasn’t materialized – though who knows what Friday will bring. As I braced myself for a price smash that so far hasn’t come, I remembered your repeated advice to wait for a failed rally as a signal of the tide turning in the stock markets, and I wondered if the same might be true in the precious metals markets – only in reverse. Do you think that a failed attempt by the shorts to drive the price down might be the sign that the bull market in gold and silver is finally resuming? Here’s hoping…

Answer from Fleck:  “Yes, a failed breakdown often equals a successful “test” of lower prices, so it does kind of work both ways. I don’t think this specific example means what you say. Gold is doing battle at the 200-day M.A. If it gets over and stays there, that will bring in more buying over time and be an important signal to many “players.“

Question: BIll, as we all saw, gold soared around 7:15 AM EST today on the fundamental news that China was easing (again). Then suddenly, a little after 9:00 AM, gold got smacked hard without any news coming around. Why do you think this sell down happened? I assume it has something to do with the 200 day technical level. But I guess what I don’t understand is why these technical commodity traders never ride the momentum in gold upwards in these situations. Gold had traded through the 200 day (again) — so why do these situations always seem to lead to smack downs, as opposed to further gains? Thanks very much.

Answer from Fleck: “The 200-day appears to have turned back gold again, as good news didn’t help it rally. Exactly why that is the case I cannot say. It is likely for the same reason stocks rally despite bad news, i.e., psychology is still that central banks are doing the right thing and it will lead to good outcomes with no nasty consequences. That is garbage, but it still seems to be conventional wisdom.” ***KWN has now released the powerful audio interview with the top trends forecaster in the world, Gerald Celente, where he discusses the continued chaos in China, the desperation of Western central planners, what to expect from the gold and silver markets, and what to expect from major markets, and you can listen to it by CLICKING HERE OR ON THE IMAGE BELOW.

Gold And The War Against Your Wealth