The stampede out of fiat money into gold and silver could start in a matter of weeks, plus consumer confidence collapses and disaster in the UK.

So-Called US Dollar Strength Is Not Reality
Peter Boockvar:  So the dollar is strong against the yen, certainly against the euro and more mixed vs the British pound, with the 3 making up a majority of the DXY but if that is all you’re getting for info on the direction of the US dollar, you are not getting the full picture. The commodity currencies are ripping higher vs the US dollar. The Brazilian Real today is at a 2 yr high,

Brazilian Real Strengthening vs US Dollar 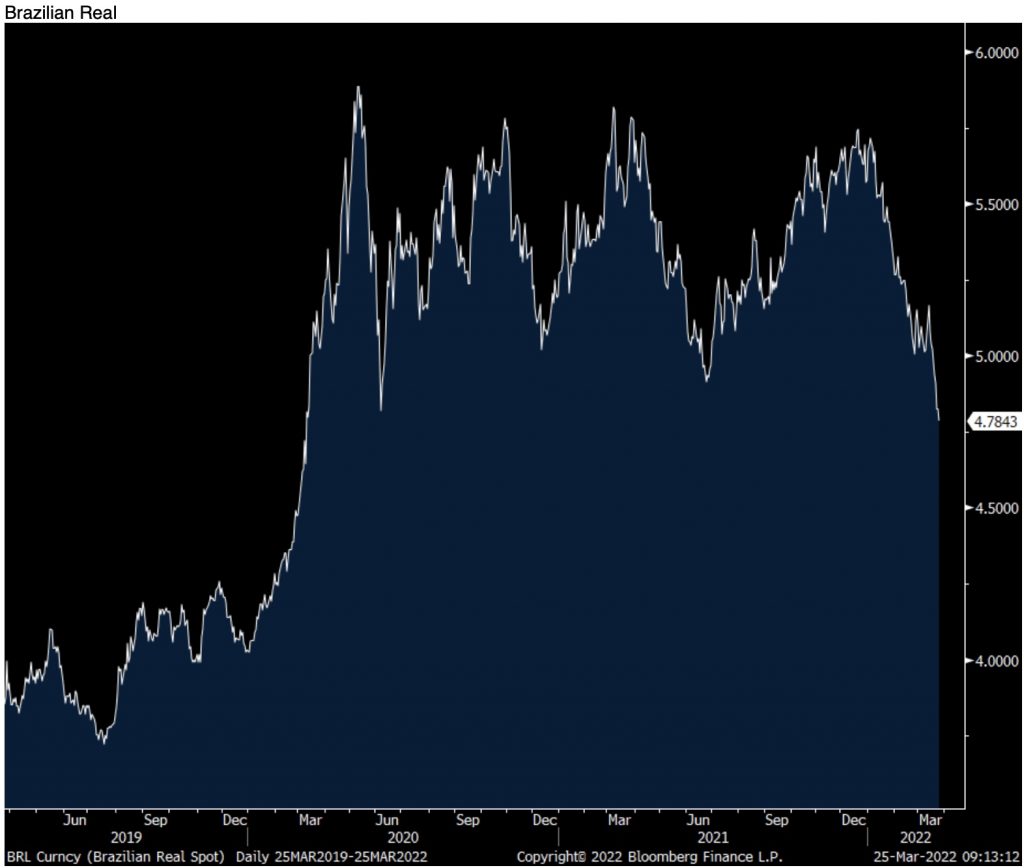 the Mexican Peso is rallying to the best level since September 2021,

Mexican Peso Strengthening vs US Dollar 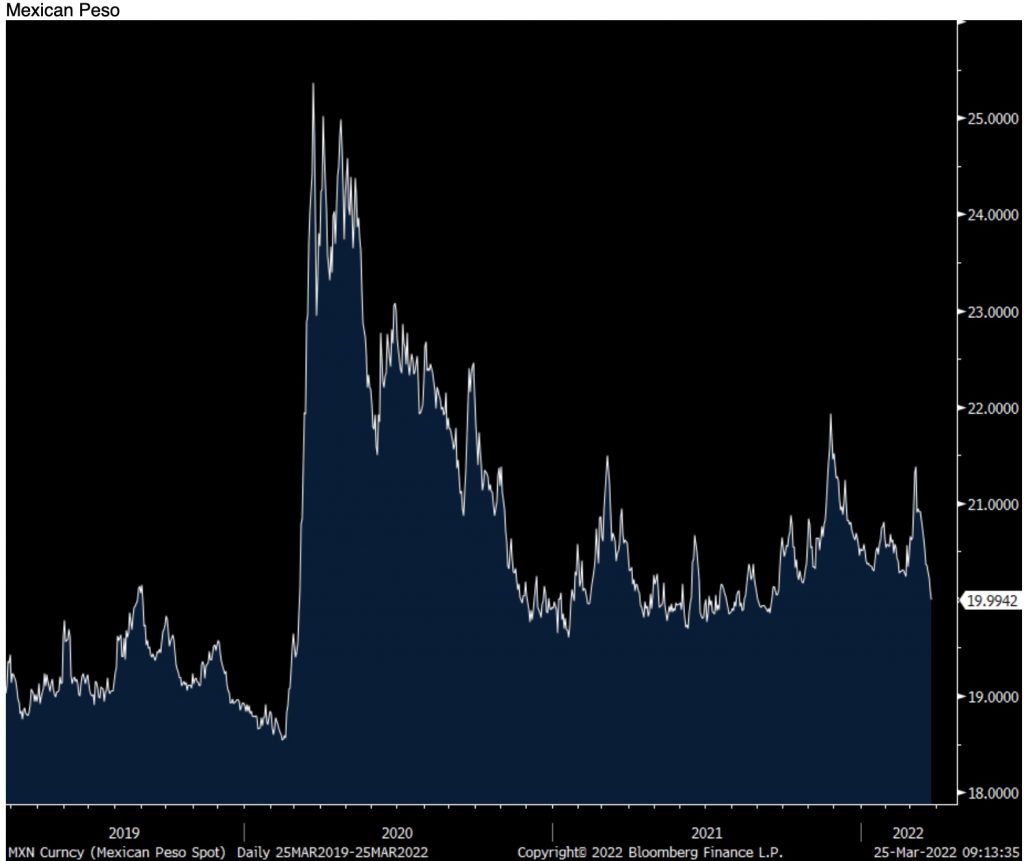 the Aussie$ is matching the highest level since June 2021,

Aussie Dollar Strengthening vs US Dollar 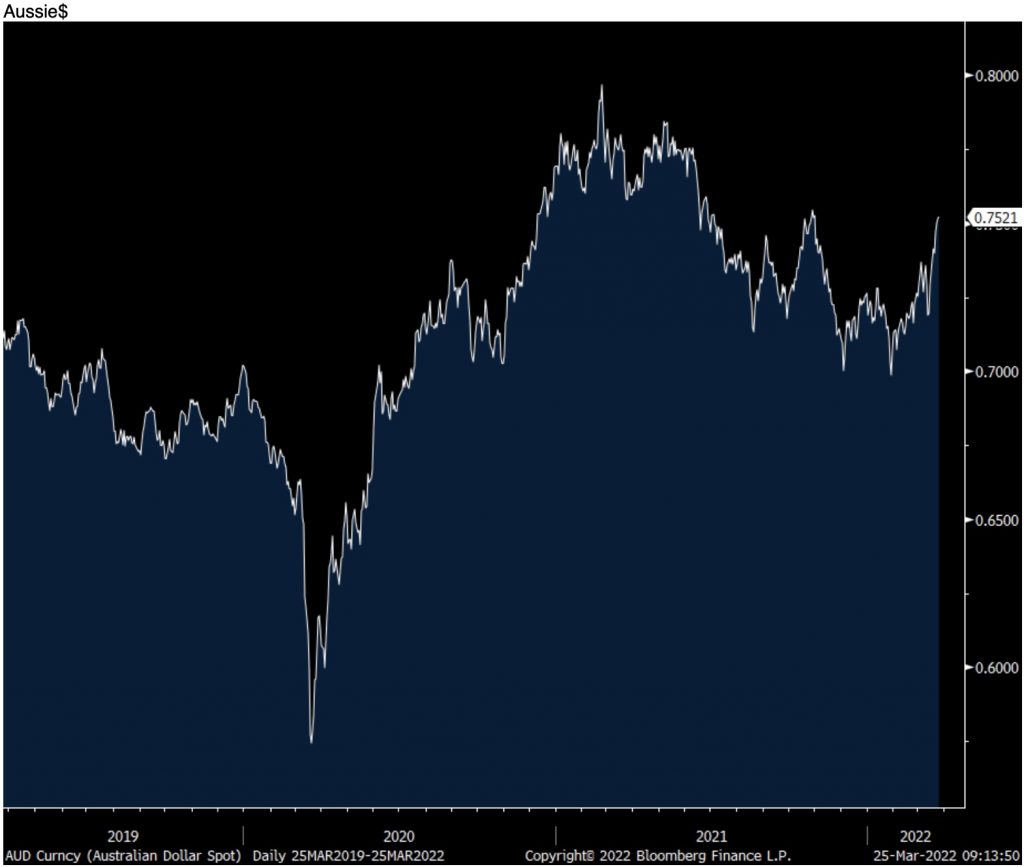 Canadian Dollar Strengthening vs US Dollar 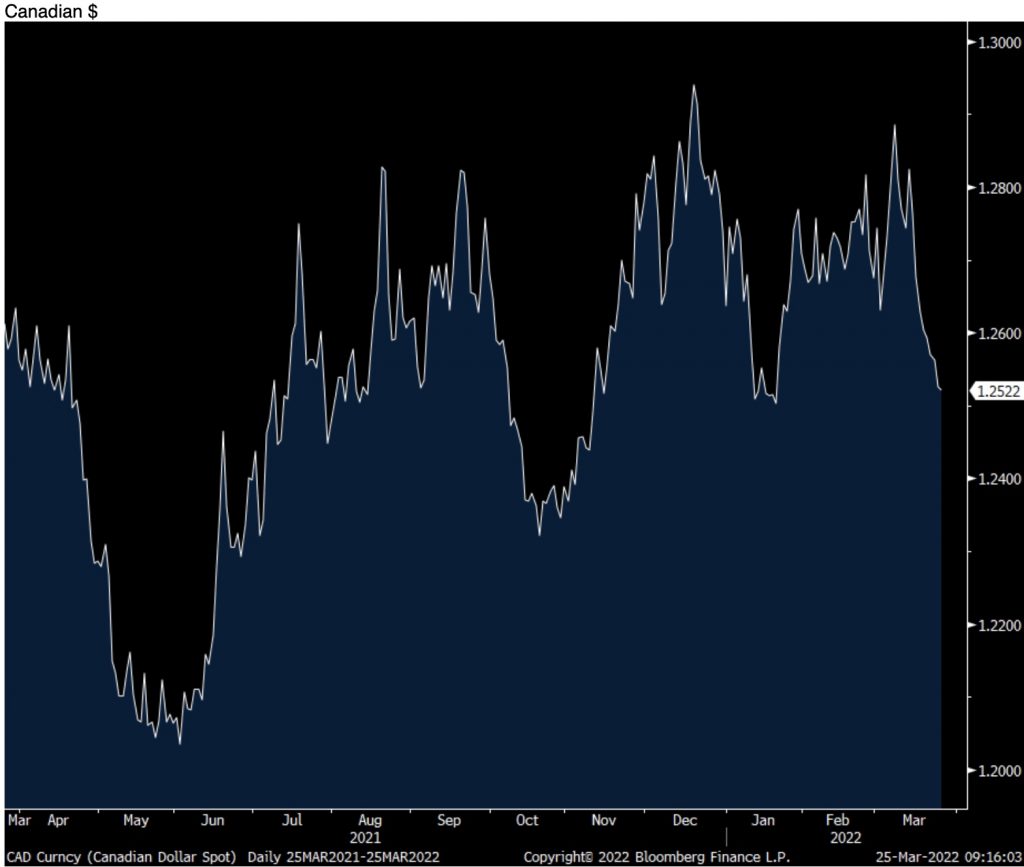 and even the South African Rand is rising to a level last seen 5 months ago vs the dollar. 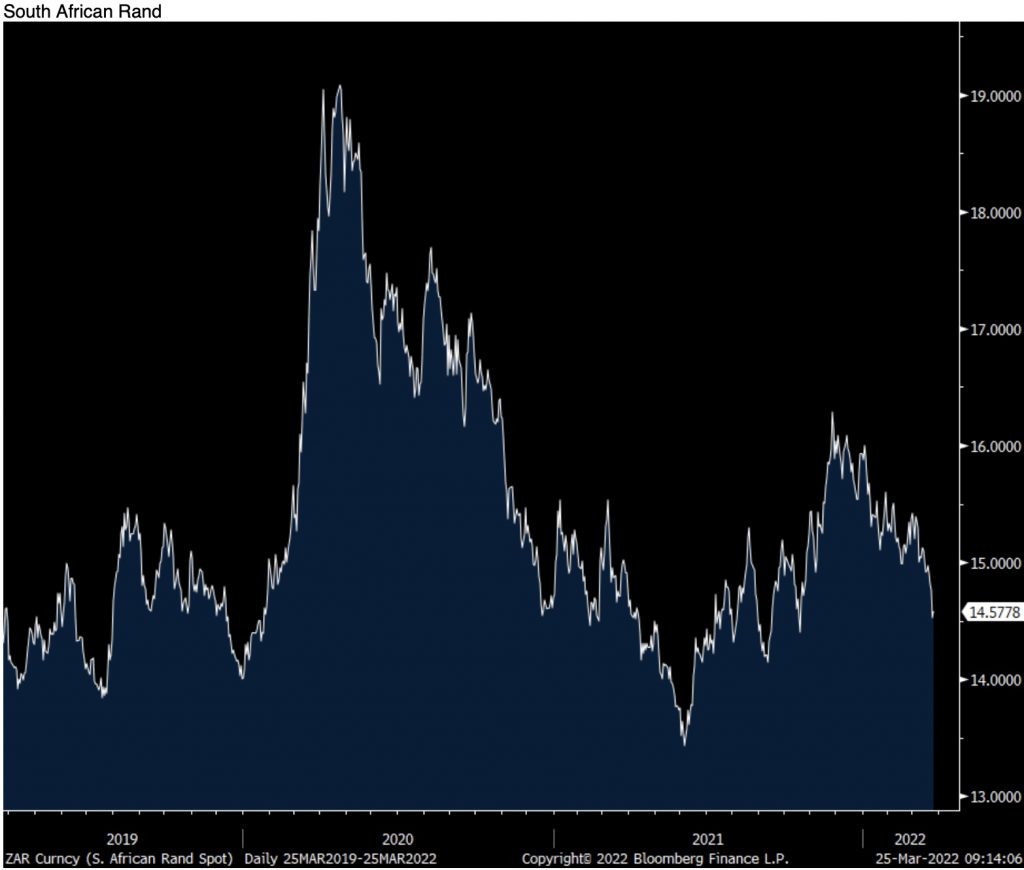 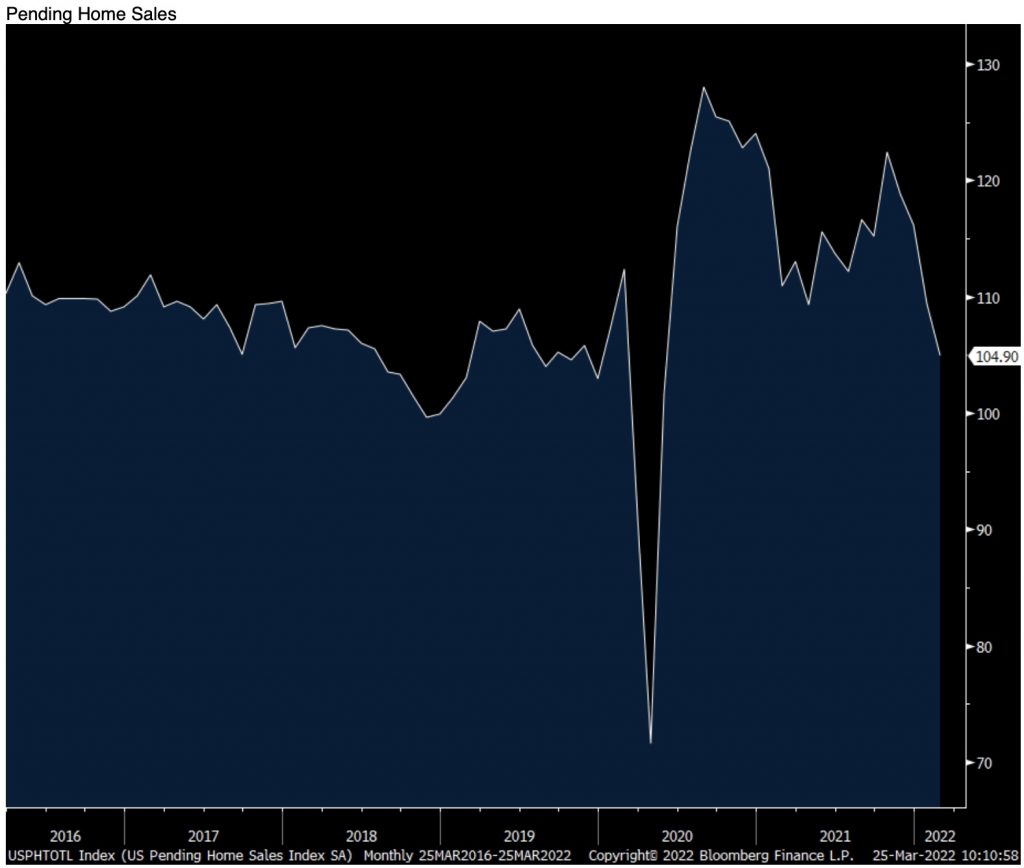 If we include the January numbers, the weakness was broadly based regionally speaking so far this year. The average 30 yr mortgage rate was 4.09% in February according to Bankrate and as of yesterday was 4.54% vs and vs 3.55% at the beginning of the year.

“house hunters are contending with a number of additional market issues, including escalating home prices and rising interest rates…Given the situation in the market – mortgages, home costs and inventory – it would not be surprising to see a retreat in housing demand.”

I’ll leave it at that.

Consumer Confidence Collapse
The final March UoM consumer confidence index was 59.4 vs the 1st March print seen a few weeks ago of 59.7 and down from 62.8 in February and 67.2 in January. That’s the lowest print since August 2011.

Consumer Confidence Collapses To Lowest Since 2011! 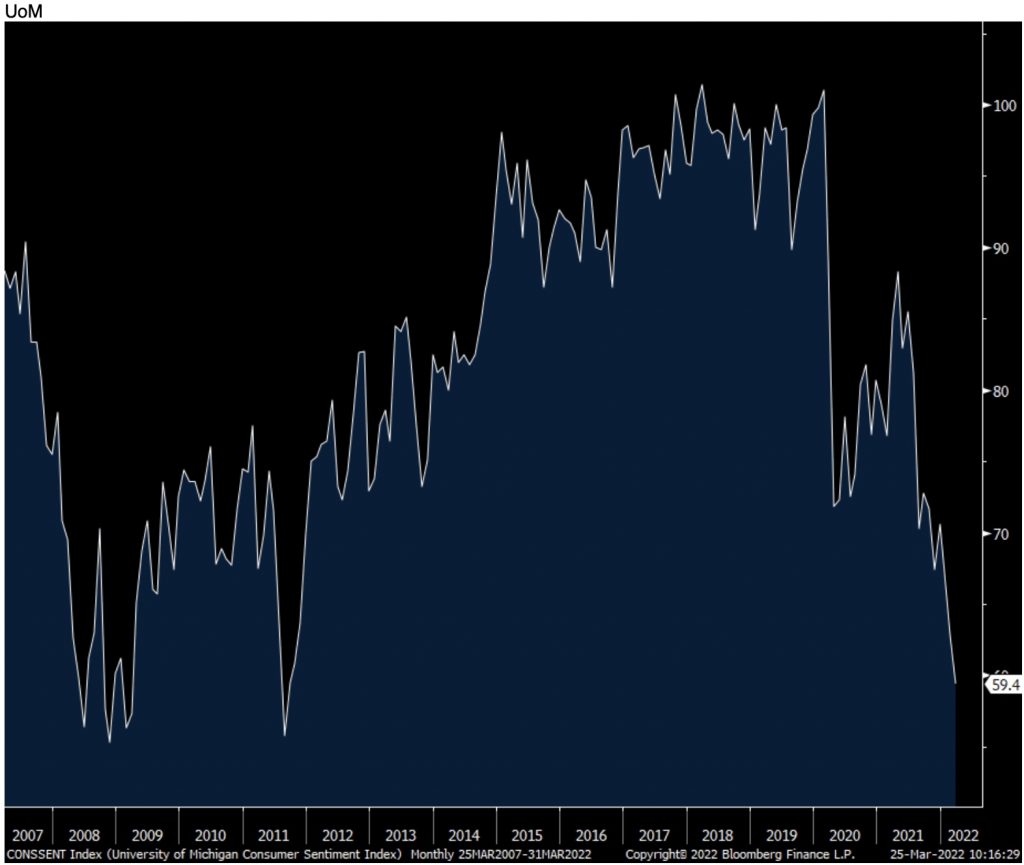 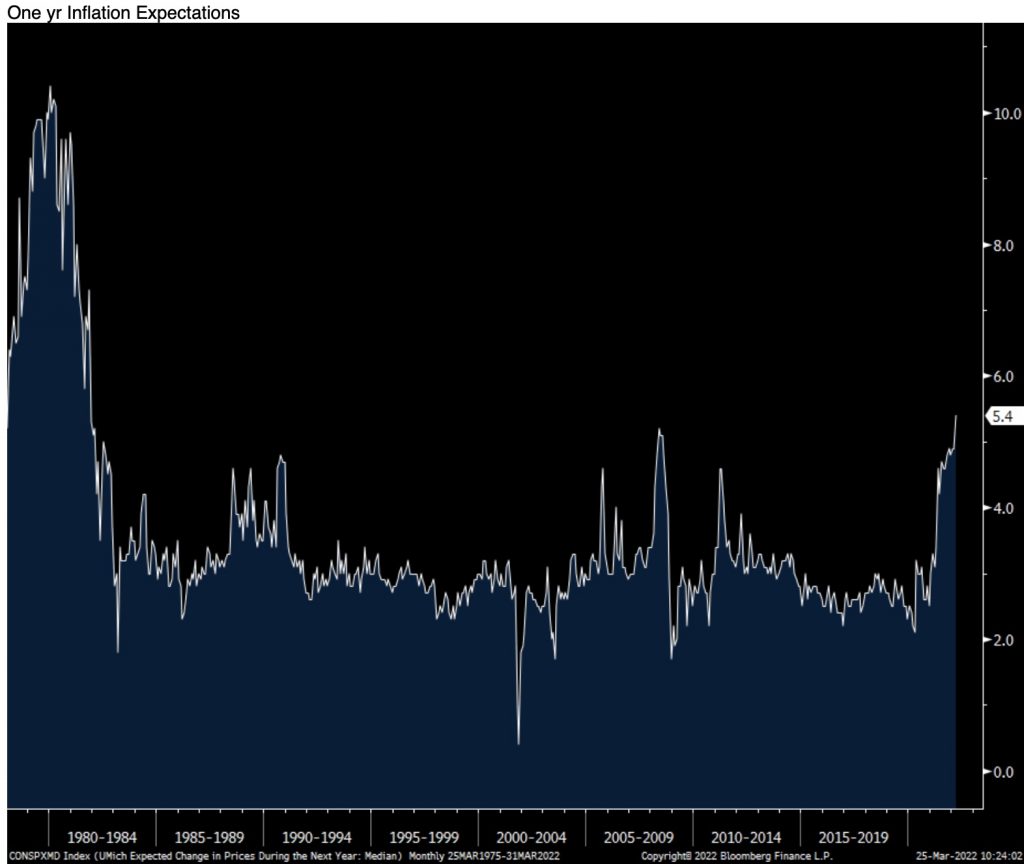 As most of the internals weren’t that much different than the early month data, I’m not going to list them all here again but do want to point out one notable intra month change, and especially after just talking about home sales. To the question of ‘is it a good time to buy a home’, that fell 3 pts in the 1st March look to 70 and declined another 7 to 63 just this week.

Any of us could have written the UoM bottom line, “Inflation has been the primary cause of rising pessimism.” On the positive side, “The sole area of the economy about which consumers were still optimistic was the strong job market. Consumers anticipated in March that during the year ahead it was more likely that the unemployment rate would post further declines than increases (30% vs 24%)…

Yen In Free-Fall
Alasdair Macleod:  Yen is in free-fall. Rates are stuck in negative territory and rising bond yields mean the Bank of Japan is bankrupt. Even didn’t happen to the Reichsbank in 1920-23. Same problem is faced by the ECB. Both have the most leveraged commercial banks. Shows in this crisis fiat currencies will collapse.

Still Watching The Yen
Peter Boockvar:  You’ve heard me talking about the yen all week as it traded to the lowest level since 2015 because of the risk it poses to Japanese inflation that would result in monetary tightening and the major implications that would have for the JGB market and in turn global bond markets and rates. Today it is bouncing after falling for the past 13 out of 14 days. BoJ Governor Kuroda was brought in front of parliament and addressed the yen weakness but he embraces it.

and blamed the selloff more on the rise in energy prices that they are so dependent on importing.

“Cost push inflation that is not accompanied by wage hikes will hurt Japan’s economy. As such, it won’t lead to sustained achievement of our price target. That’s why the BoJ will continue to maintain powerful monetary easing.”

And that easing in the face of ever growing inflation pressure will further lower the value of the yen and the purchasing power of its citizenry. Kuroda and Draghi are on the Mount Rushmore of the most dangerous central bankers in history.

So it wasn’t the Kuroda comments that is leading to the bounce in the yen as he doesn’t care about its weakness, it was Finance Minister Shunichi Suzuki who said:

“Exchange rate stability is important, and sharp volatility is undesirable.”

At least someone in Japan understands this but I will continue to watch this situation closely with the yen and JGB yields because of the major global ripple effects and further large moves can create. The 10 year GJB yield was up for the 4th straight day by almost 1 bp to .238%, the highest since January 2016 and getting ever closer to the .25% upper end of YCC. 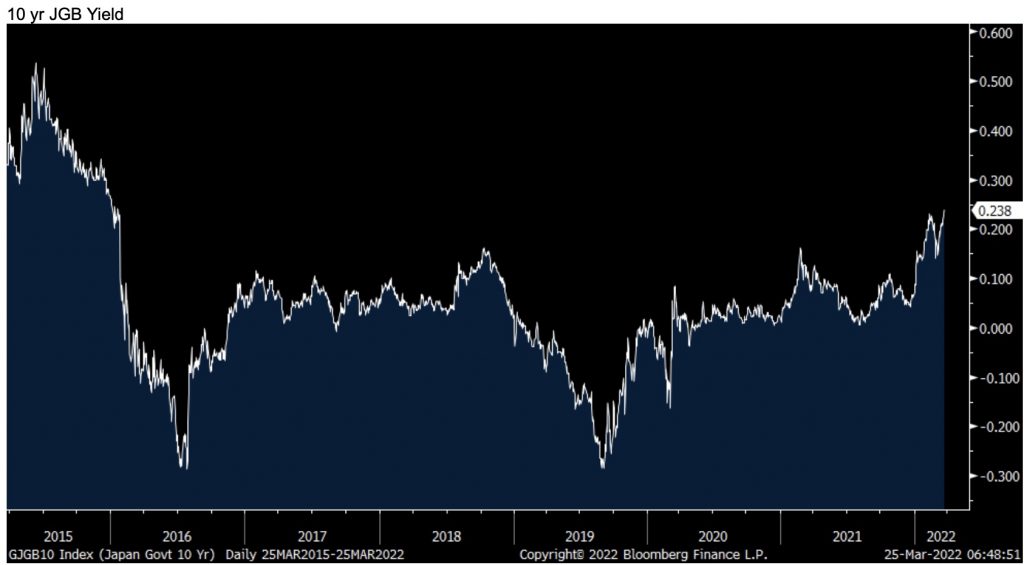 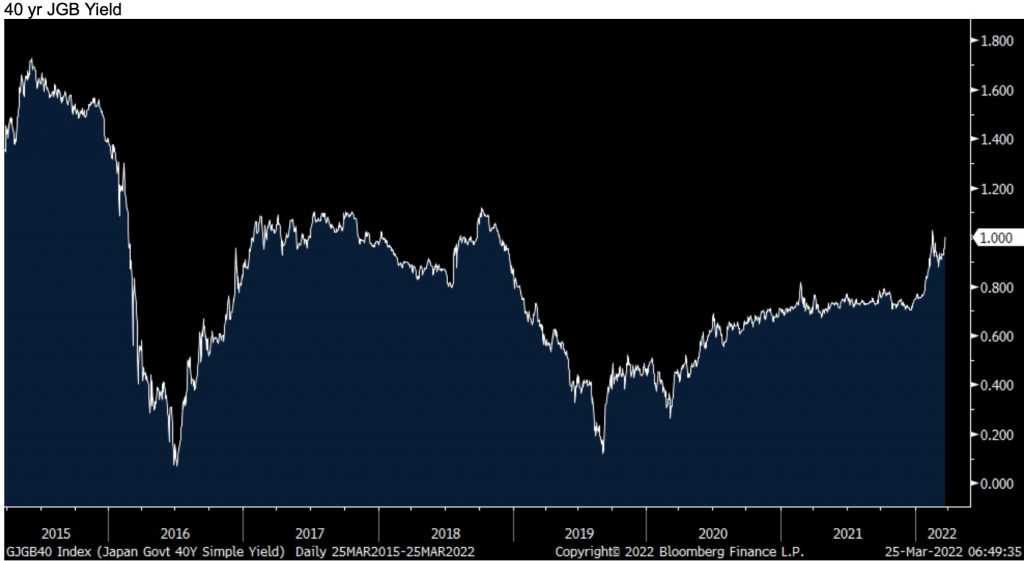 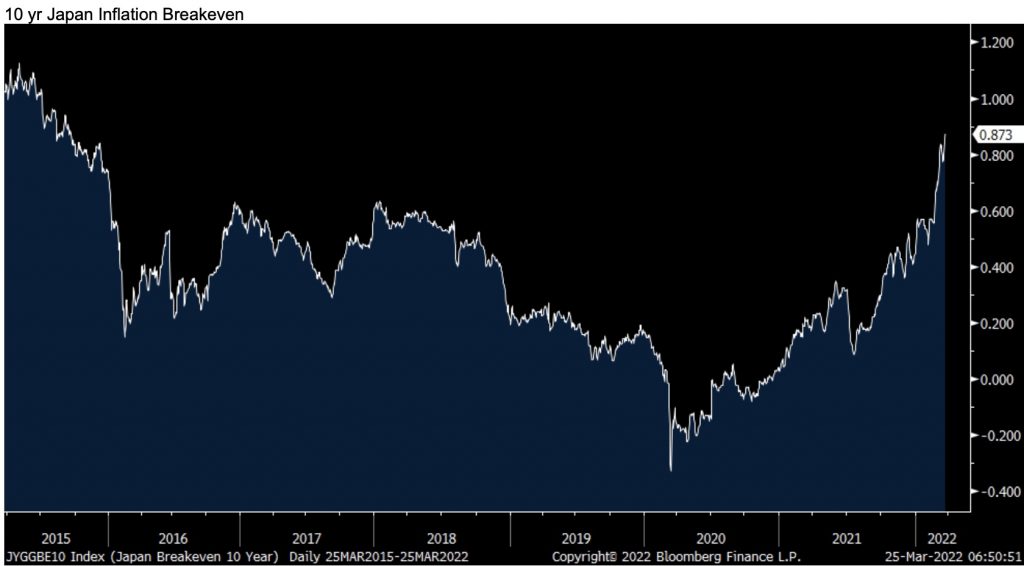 Tokyo reported its March CPI and it will be the last month where the 50% decline in cell phone fees will be in the data and thus will see much higher prints (relatively speaking) going forward. Headline CPI rose 1.3% y/o/y, matching the quickest since October 2018 but ex food and fuel because of that cell phone issue, fell .4% y/o/y. Both were one tenth more than expected.

Meanwhile In Germany
The war not surprisingly heavily weighed on the confidence of German business. The March IFO fell to 90.8 from 98.5 and almost all driven by a 13 pt drop in the Expectations component. 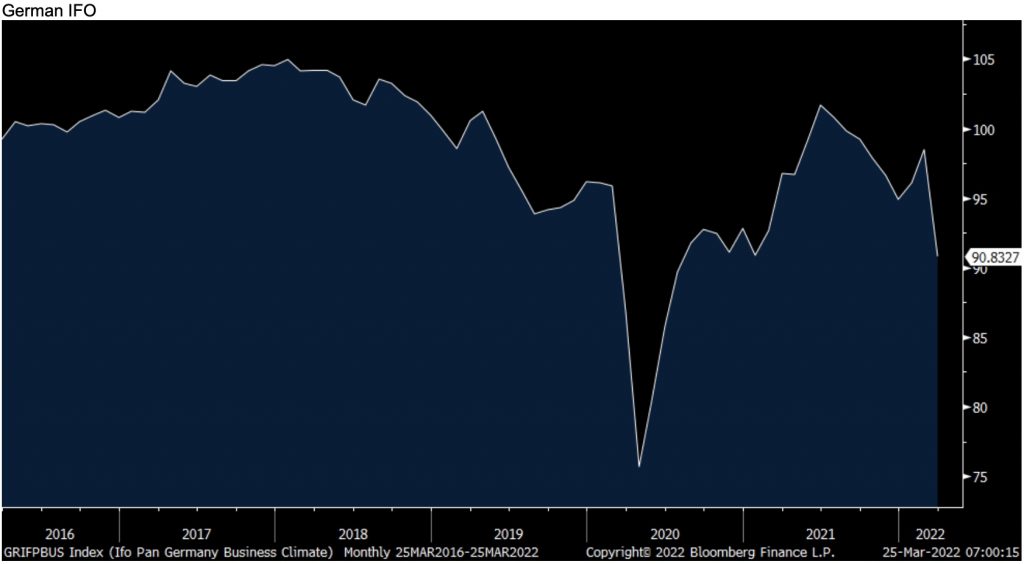 “The mood in the German economy has plummeted…Companies in Germany are expecting hard times.”

All four components, manufacturing, services, retail and construction saw sharp declines in expectations. There is no way to spin this higher energy prices the biggest pain point but German industry still experiencing the pain of muddied supply chains.

Disaster In The UK
Last night we saw UK consumer confidence for March and that fell 5 pts to -31 as forecasted. That is the lowest level since November 2020.

UK Consumer Confidence Has Collapsed To -31! 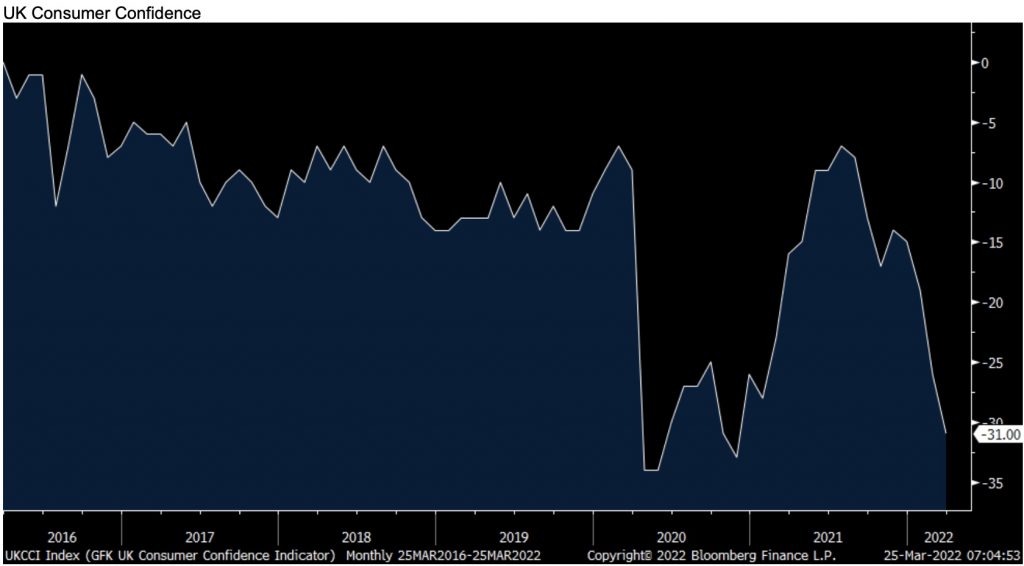 Just as seen in the US, blame it on inflation. GFK said:

“A wall of worry is confronting consumers this month and there is an unmistakable sense of crisis in our numbers. Consumers across the UK are experiencing the impact of soaring living costs with 30 year high levels of inflation, record high fuel and food prices, a recent interest rate hike and the prospect of more increases to come, and higher taxation too – all against a background of stagnant pay rises that cannot compensate for the financial duress. This is the 4th month in a row that UK consumer confidence has dropped.”

So when one wonders why expectations for global economic growth is slipping, this would be a pretty good explanation as to why.