One of the greats in the business just warned, “It is only a matter of time before a significant bullish break occurs that could trigger a rally to the tune of 25% in favor of Gold.” That would mean that if the S&P continued to trade at current levels, the price of gold would surge nearly $400.

Gold has begun to bounce off supports at $1,523-$1,532, which were important break levels this week…

Equity markets continue to look vulnerable, especially given the deeper inversion of the US yield curve.

The Gold/S&P 500 ratio is therefore now testing key pivots that extend up to the Christmas highs. It is only a matter of time before a significant bullish break occurs that could trigger a rally to the tune of 25% in favor of Gold (see below).

GOLD/S&P 500 RATIO: Significant Bullish Break To Trigger A 25% Rally In Favor Of Gold vs S&P 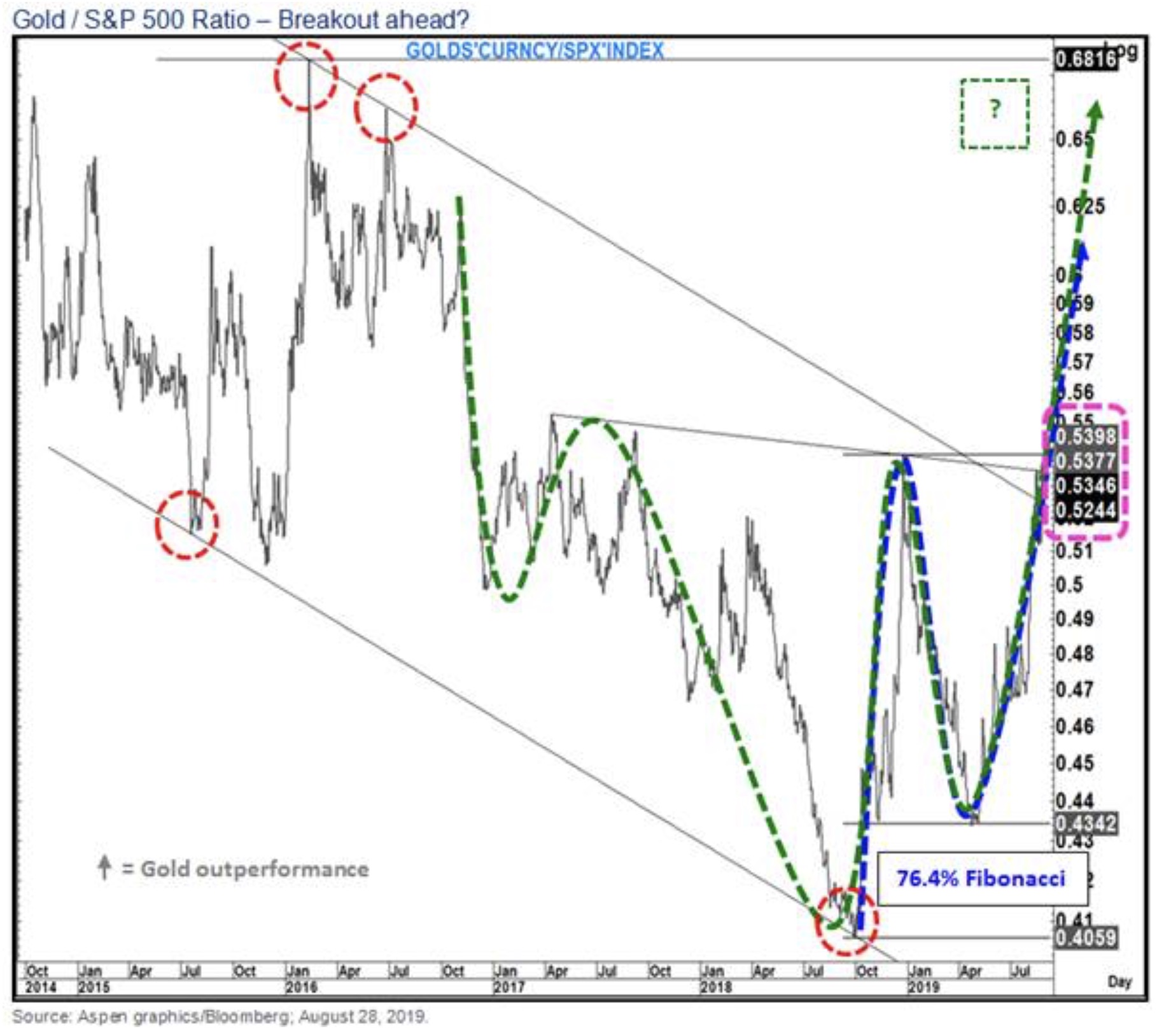 A Serious Development In Favor Of Gold
The channel top, pivot of the 76.4% Fibonacci setup and inverted head and shoulders neckline all converge between 0.5244 and 0.54. A break above there, particularly if and when sustained on a weekly close basis, would amount to a serious development in favor of Gold. The inverted head and shoulders pattern points towards 0.667, which is some 25% above current levels. King World News note: That would mean that if the S&P continued to trade at current levels, the price of gold would surge nearly $400.

Schiff – Brace Yourself For Ride Back Up To $50 Silver, Plus Other Looks At Gold & Silver Surge CLICK HERE TO READ

ALARMING: This Spells Big Trouble For A World Already In Crisis, Plus Gold’s Next Target And Hi-Ho Silver CLICK HERE TO READ

This Will Trigger Even Higher Gold Prices CLICK HERE TO READ

Did We Just Witness The Greatest Sell Signal In History?