With continued uncertainty in key global markets, an enormous amount of money is flowing in and out of gold stocks as they consolidate this year’s huge gains.

From Jason Goepfert at SentimenTrader:  Nearly $500 million has left the junior gold miners over the past week. This seems to be a reversal of an earlier record inflow to the GDXJ fund that we noted earlier this month. 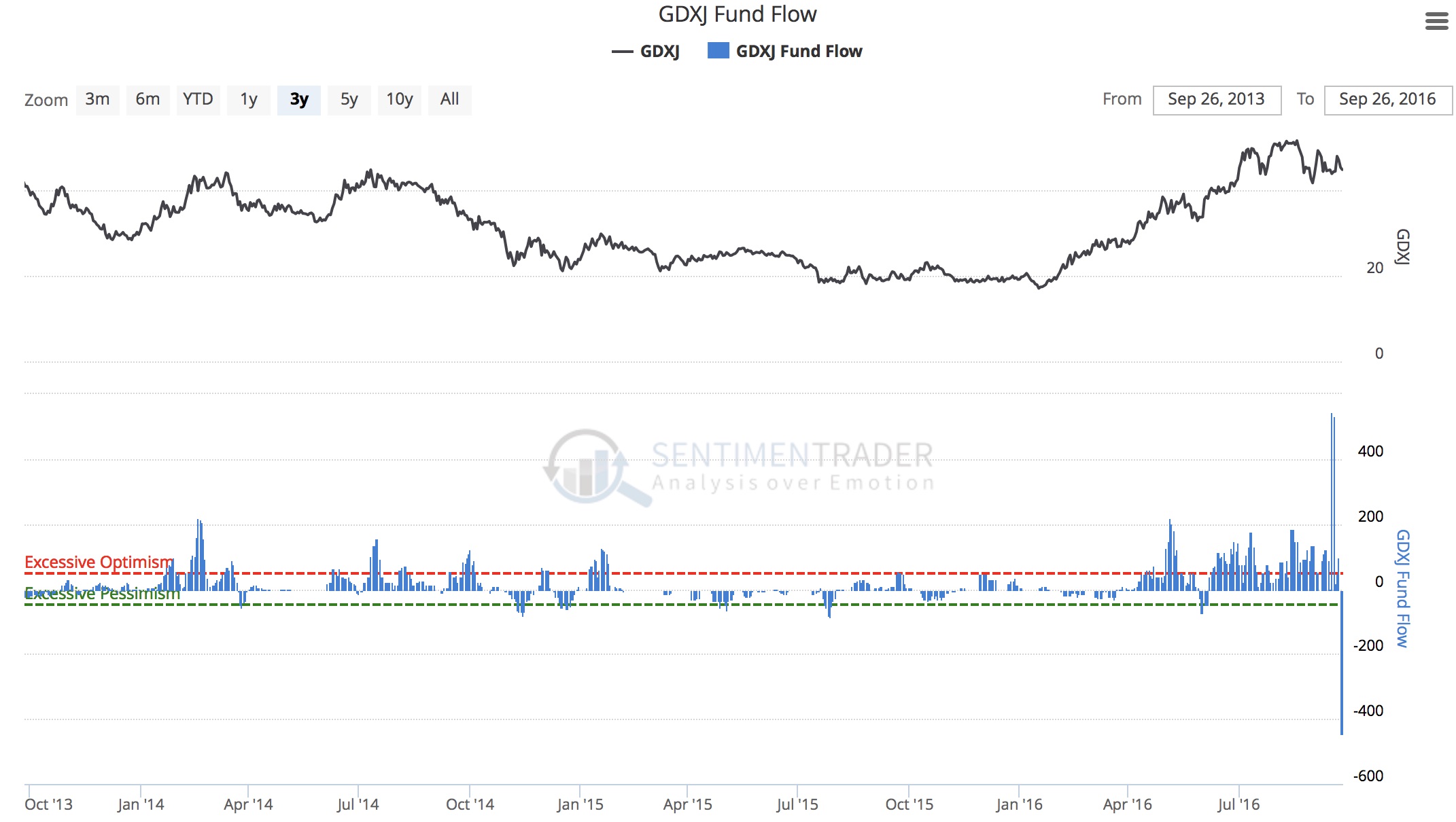 A day apart, about $570 million flowed into the fund, then two days later about $520 flowed out…

Goepfert continues:  Both are well beyond previous record one-day flows, suggesting it was a single trader making the moves for whatever reason. Flows in that fund have been an inconsistent predictor, and the distortions caused by that trader (?) make it even less reliable.

Rick Rule – The Gold Bull Market Is Close To Ensuing