With the Dow up more than 200 and the bond markets weaker along with gold, silver is preparing to breakout, the Fed and its bubbles, deja vu summer of 2007, euro vs dollar, plus miners vs gold.

Euro Bull, Dollar Bear?
July 11 (King World News) – Holger Zschaepitz:  “US is set to take the global currency war to a whole new level, SG‘s Edwards says, as Euro is 25% undervalued vs Dollar, meaning US is importing deflation. Recent tweets from President Trump indicate his tolerance for the strong dollar has just about run out. (See chart below).

Euro Significantly Undervalued vs US Dollar

Fed Wants Even Bigger Bubbles
Holger Zschaepitz continues:  “Dow rallies 200 points to close above 27,000 for the first time ever (see chart below). 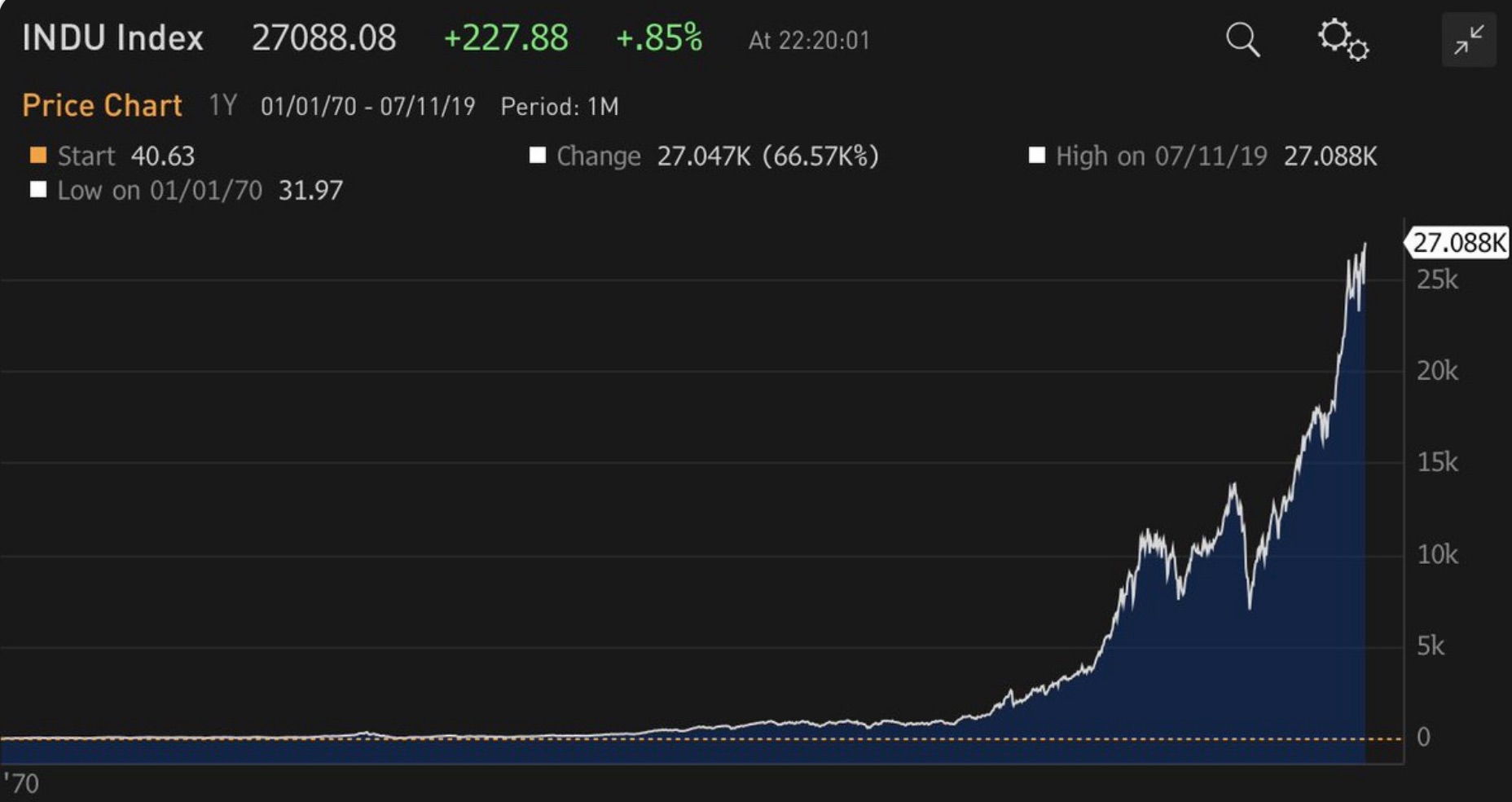 Deja Vu Summer Of 2007
Stephanie Pomboy of Macro Mavens:  “Anyone else getting deja vu to summer 2007? As then, the stock market is rallying hard on the prospect of rate cuts but the corp credit market is not allayed. With a record amt of corp debt -of record low quality-rolling in record sum, rate cuts are once again WAY too late. (See chart below).

Rate Cuts Way Too Late: Are We In ’07, Right Before Crash? 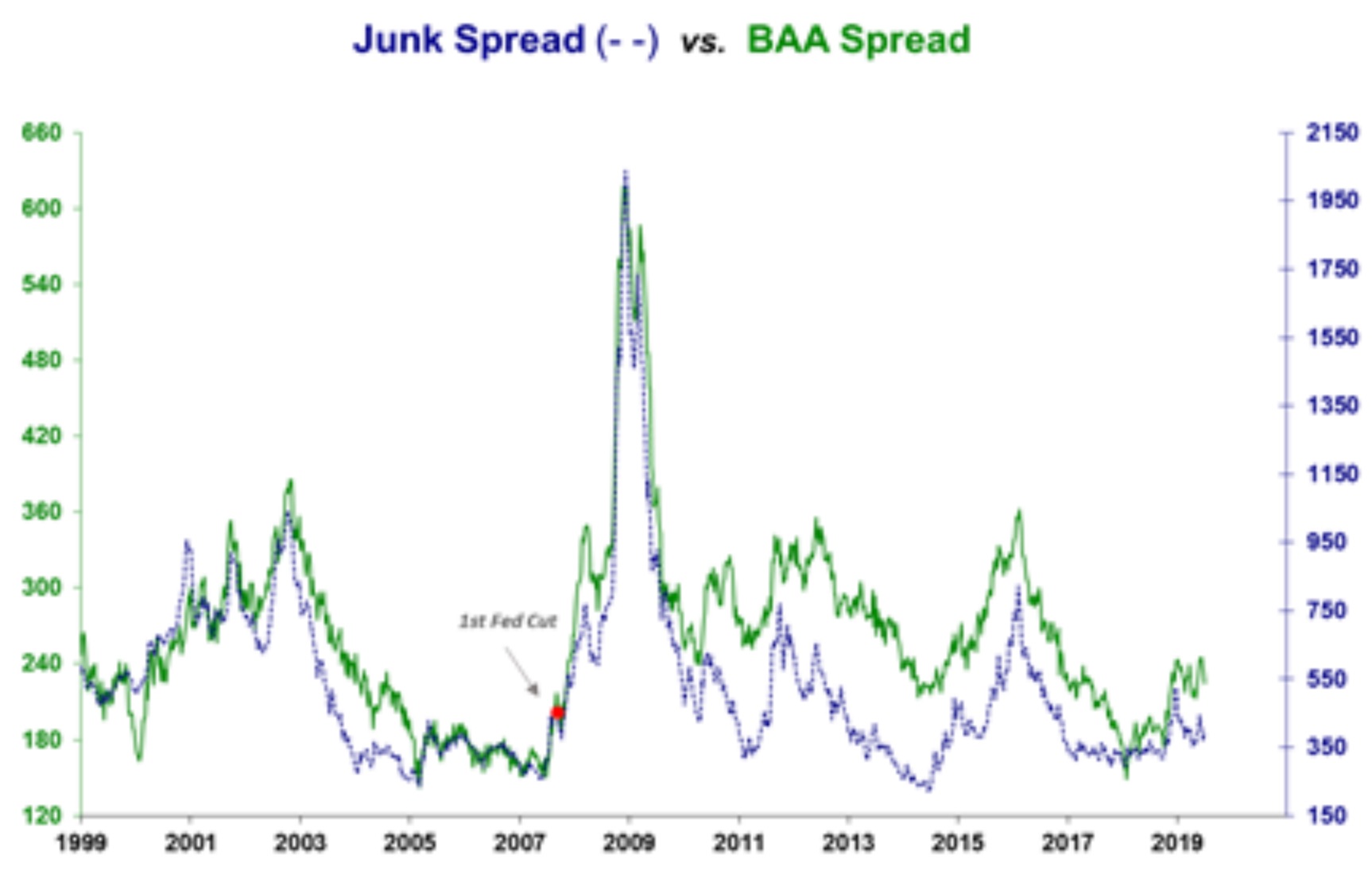 Silver Will Lead When It Breaks Out
Graddhy out of Sweden:  “Think silver is ready now. Symmetrical inverse h&s on my daily that will give it the extra energy to BO on my weekly. … As said, silver will take the lead when it breaks out on my weekly. (See charts below). 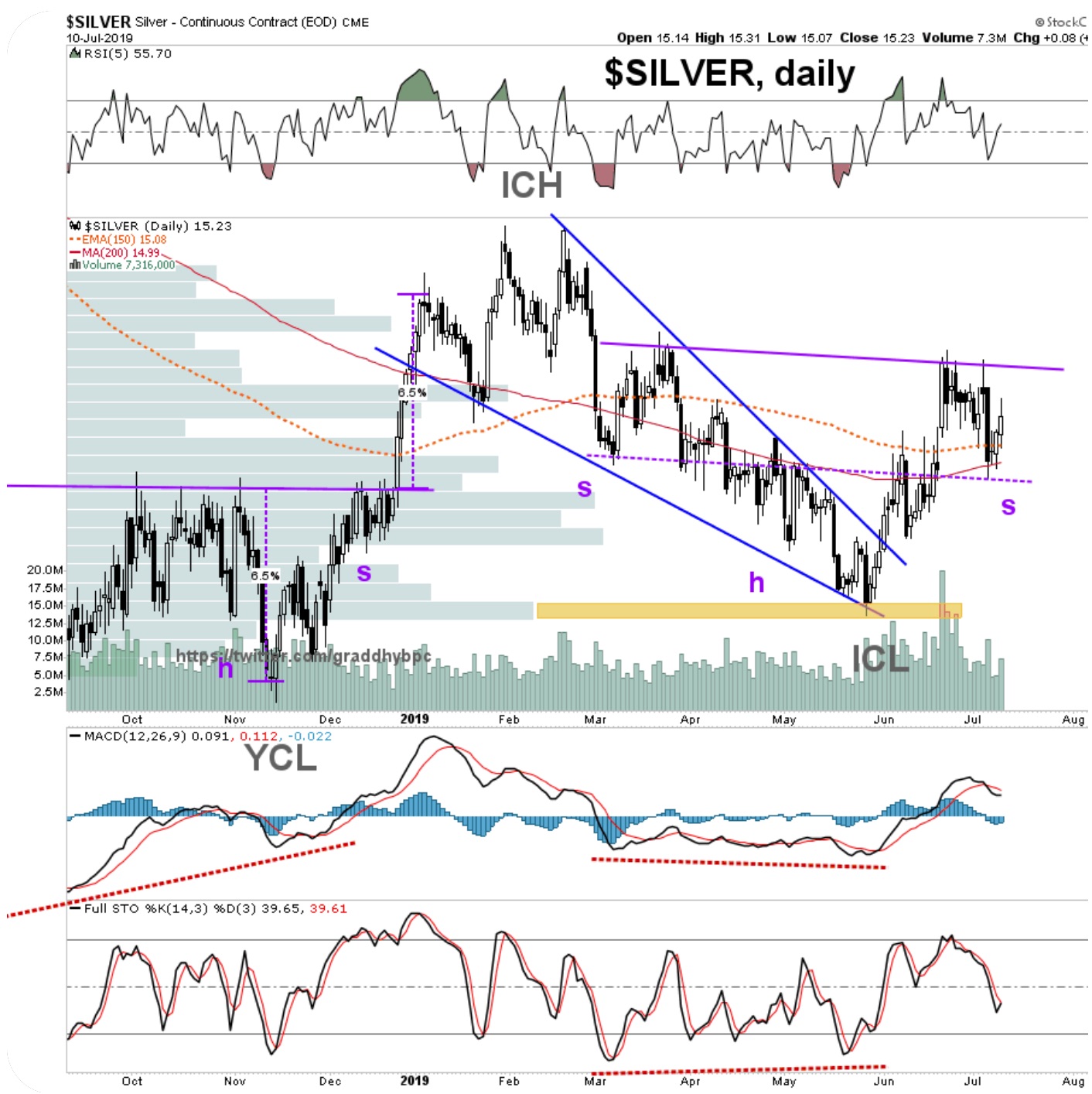 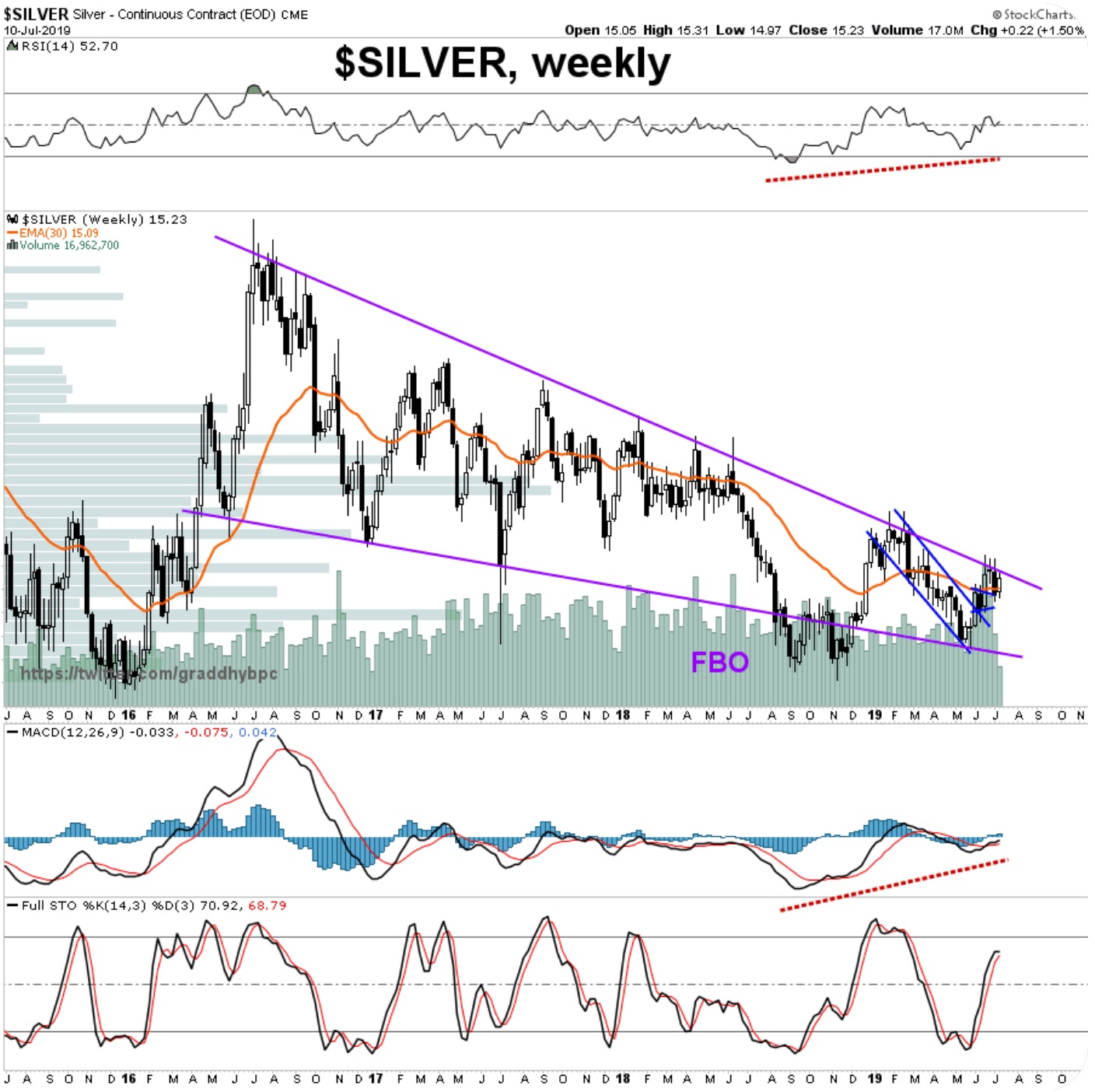 Miners vs Gold
Mike Larson, Senior Analyst at Weiss Ratings:  “Interesting set up in gold miners / GDX here. May be worth noting that while gold itself has taken out 2016 highs, and is trading around its highest level since 2013, GDX has not. Will miners play catch up? Or is gold overbought? Leaning toward Option 1. (See chart below).

GDX: Will Miners Play Catch Up Or Is Gold Overbought? 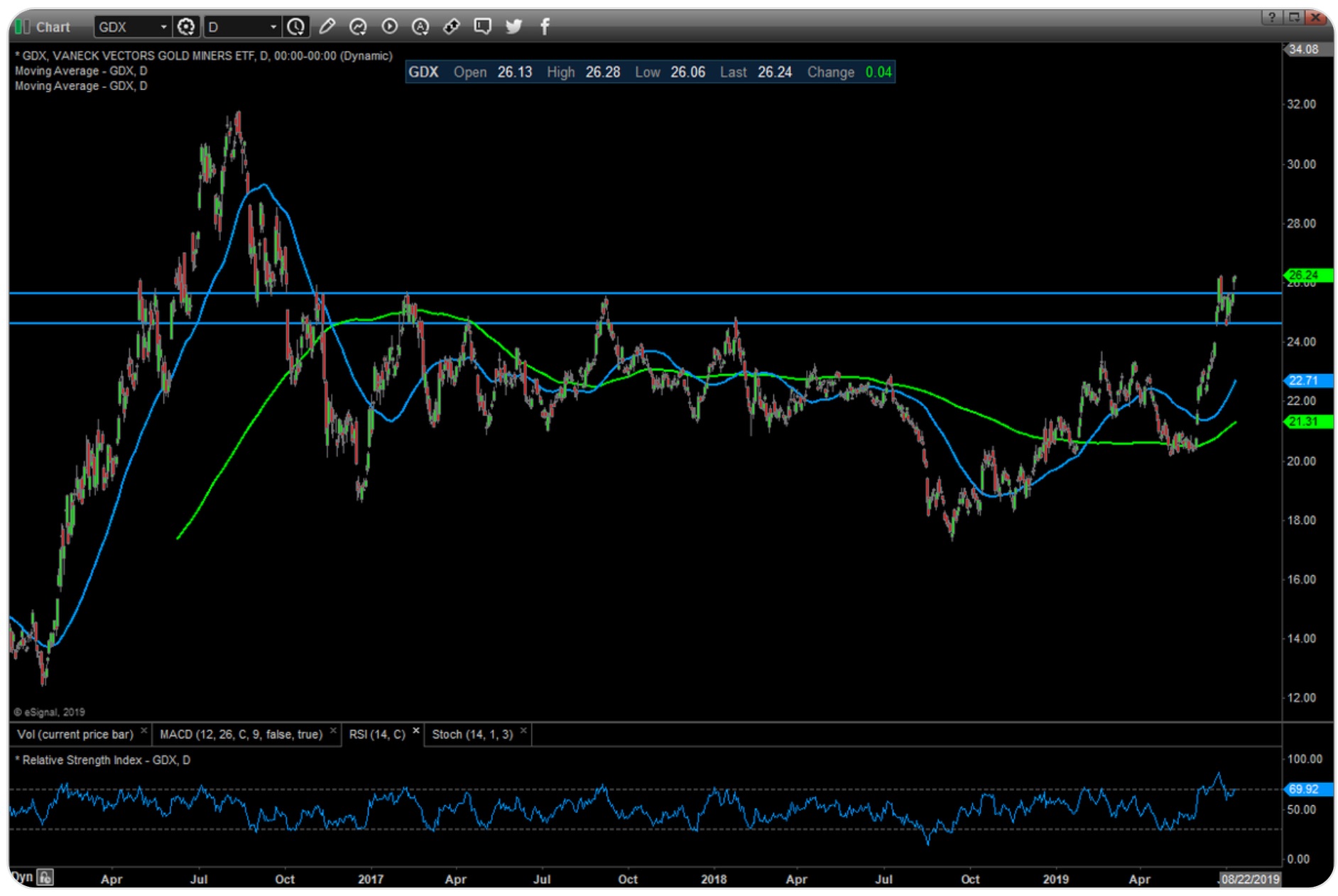 GOLD NOW $1,425 IN JAPAN: Plus A Surprise In Stocks CLICK HERE TO READ

GOLD SURGES $20: Peter Schiff Says Collapse Of US Dollar Will Lead World Back To Gold Standard, Plus So Goes China, So Goes The World Economy CLICK HERE TO READ

Inflation: A Look At Rising And Falling Prices, The Bottom Line CLICK HERE TO READ