After this week’s action in the metals, here is an important update on the gold and silver markets as well as the U.S. dollar.

There are still major warning flags in the silver market.  Longer-term, the price of silver will break through the all-time high of $50 on its way above $100.  But in the very short-term, the commercials are back near all-time record short positions (see chart below). 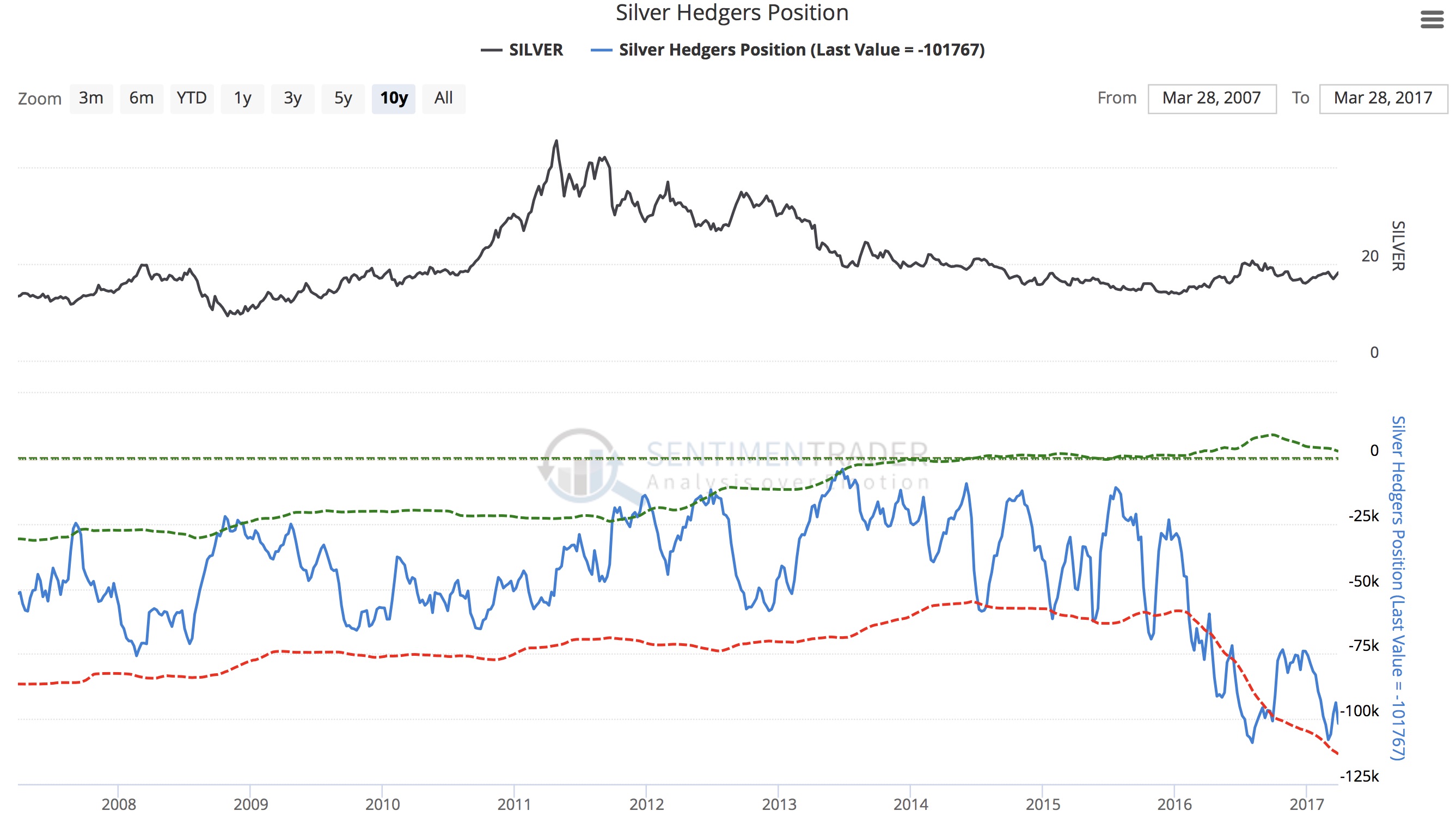 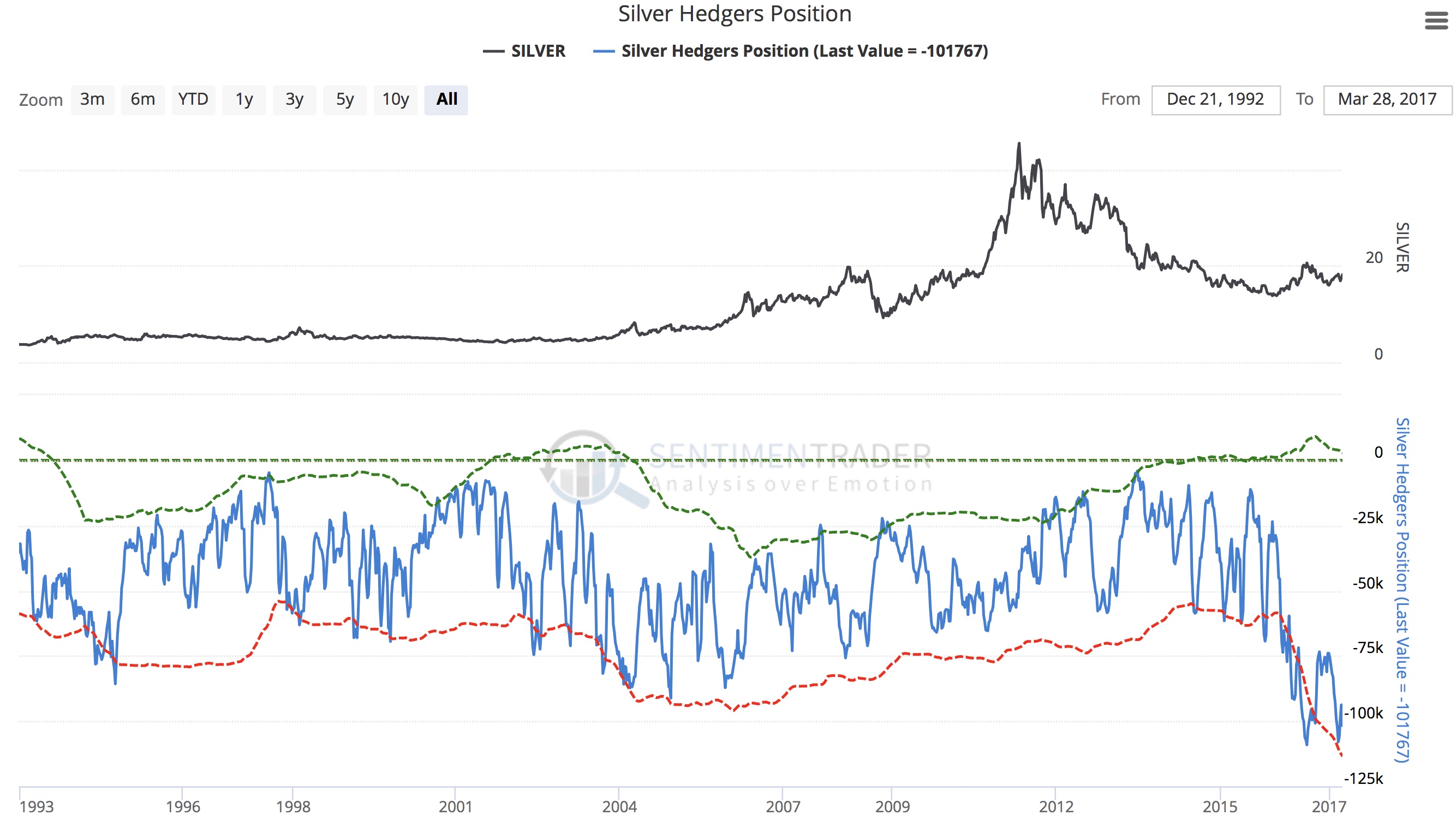 This means that it is quite possible that we could see weakness appear in the silver market, until the commercial positions show a significant change…

In sharp contrast to the silver market, the gold market looks much healthier (see chart below). 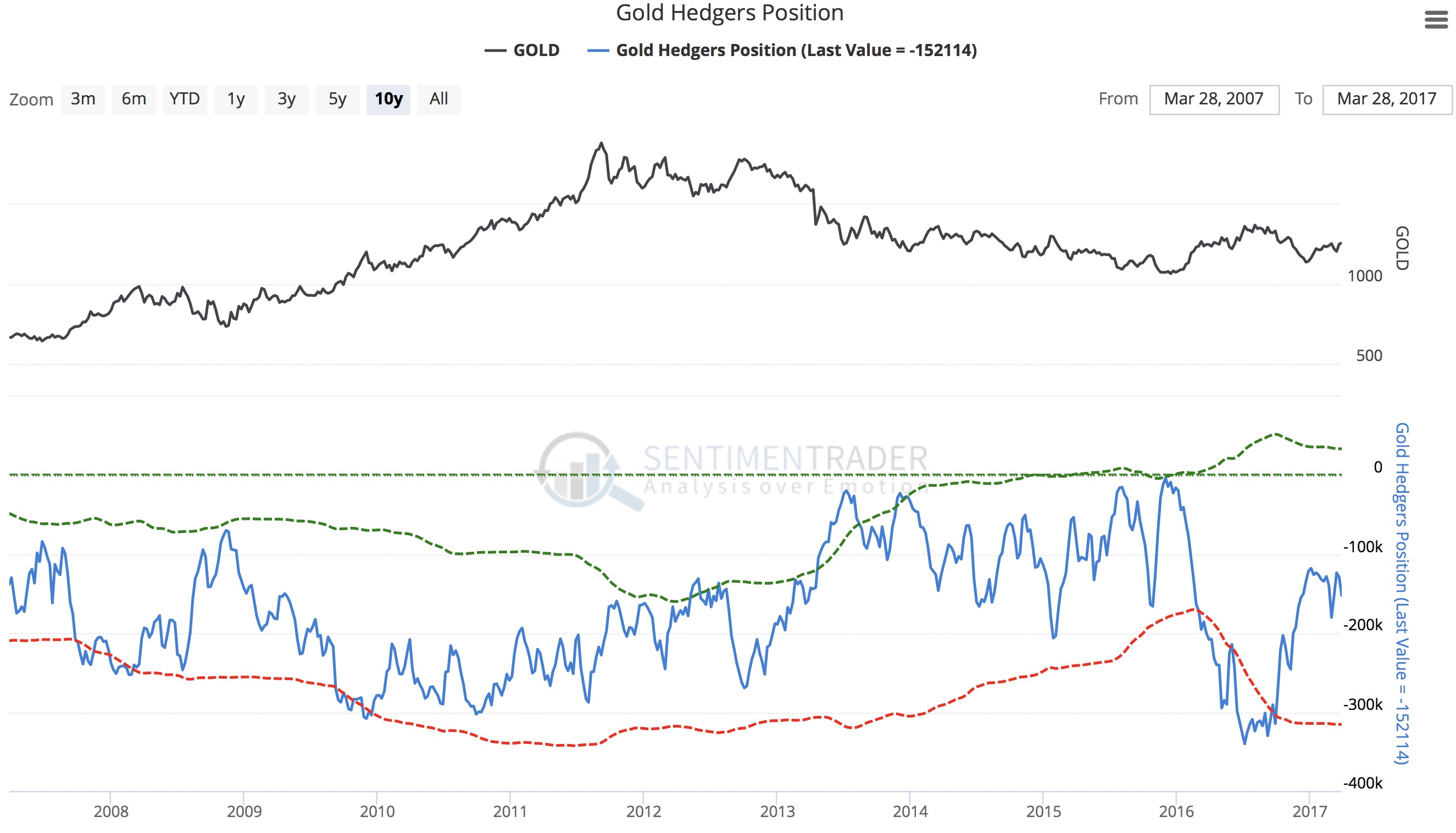 On a positive note, the commercials are also still short the U.S. dollar (see chart below) 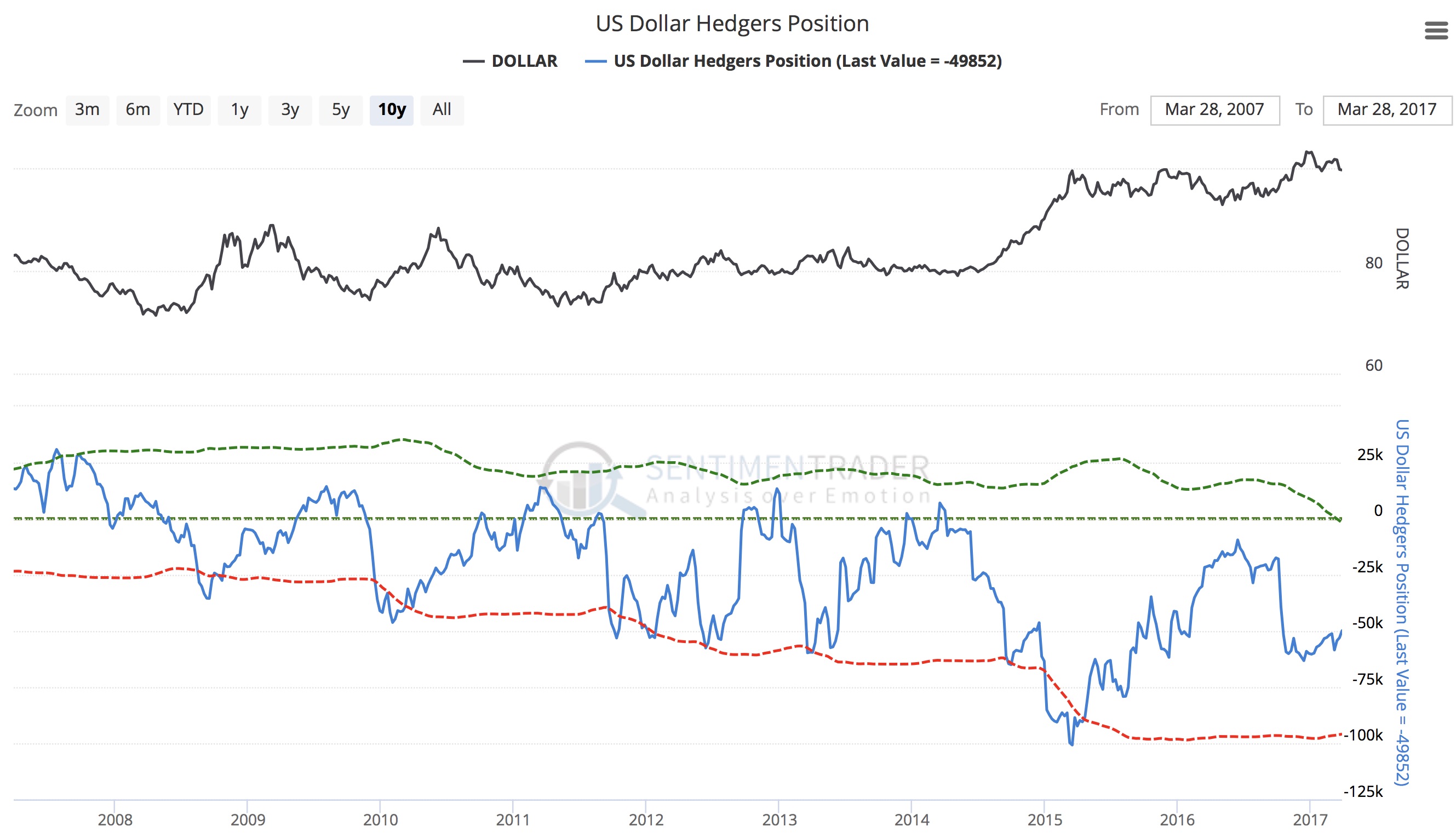 Although commercials are still a bit short gold from a historical perspective and they are very near all-time record short against silver, this does not necessarily mean that prices cannot head higher, even significantly higher, but it does wave a warning flag for the metals, particularly silver.  However, it is worth noting that the gold market looks much healthier from a commercial perspective, especially as the commercials remain short the U.S. dollar.