On the heels of gold and silver continuing to consolidate recent gains ahead of the release of this Friday’s Non-Farm Payrolls report, which traditionally is used to smash gold, below is a famed short seller’s take on the gold and silver pullback, plus must-see gold, silver and GLD sentiment charts!

“What really drove this correction — besides random noise and positioning of specs in the futures market, who got pressured as prices fell — were a couple factors, IMO. First, I think that Venezuela is puking gold to get cash, in addition to “normal” sellers, and we now have this recurring narrative that the Fed will hike, and maybe more than once. The economy therefore must be getting better (because the Fed knows what its doing, right?).

Meanwhile, other CBs are waaaaay behind the Fed, so the dollar is bid, and the Fed is brilliant — or some variation of those themes. They are fantasies, but people believe them, and given how the gold market was set up after a big run, all of that helped trigger what we have seen. The pressure from the trapped specs in futures is probably about over with, given the CFTC data from Friday and what has likely happened since then.” — Bill Fleckenstein

King World News note:  I would just add to what Fleckenstein has said by noting that sentiment for silver has been tumbling aggressively and now well below “Excessive Optimism” levels (see 3-year silver sentiment chart below from SentimenTrader). 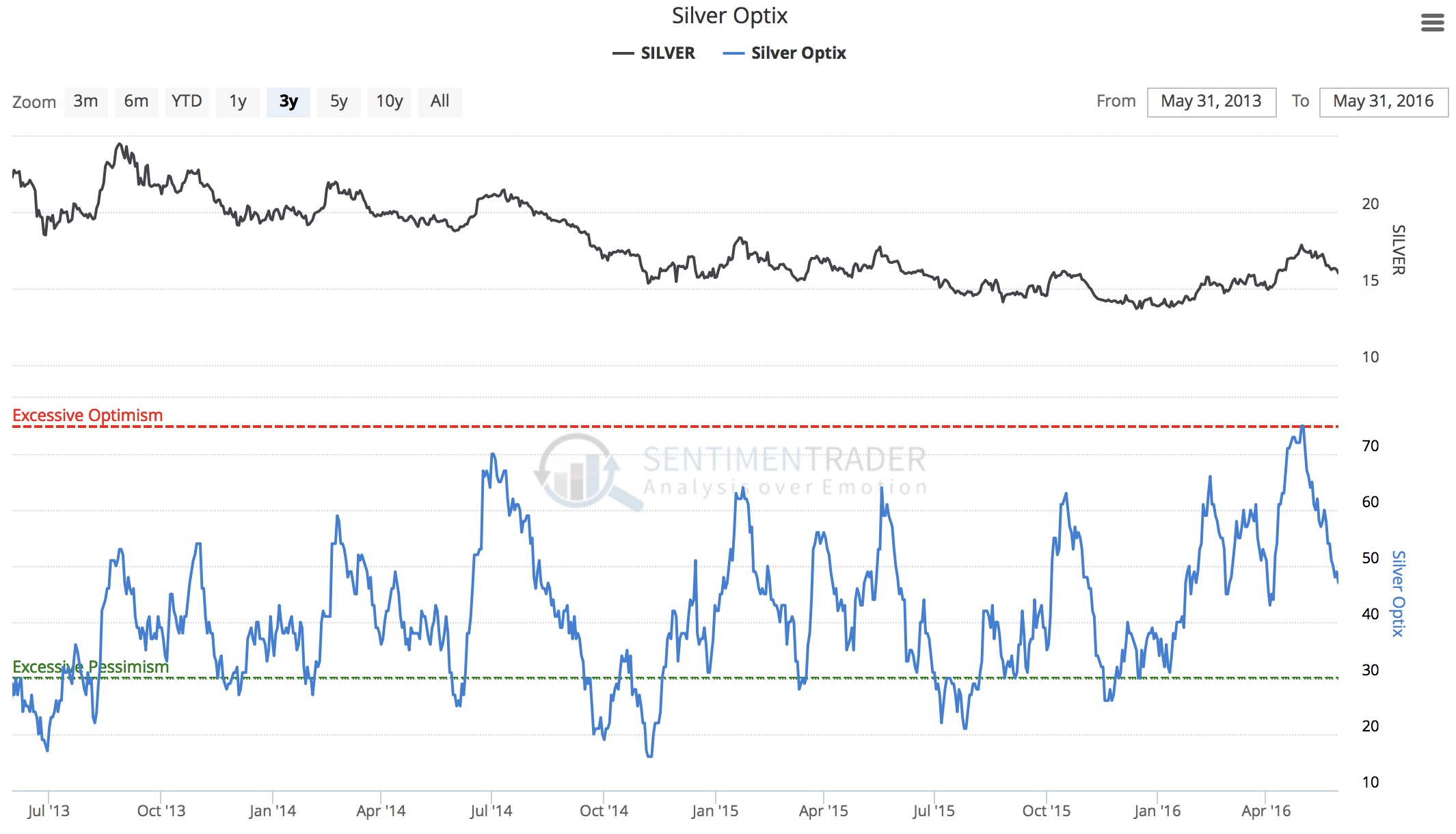 King World News note:  It is also important to note that sentiment for gold has been plunging aggressively as well from near “Excessive Optimism” levels (see 5-year gold sentiment chart below from SentimenTrader). 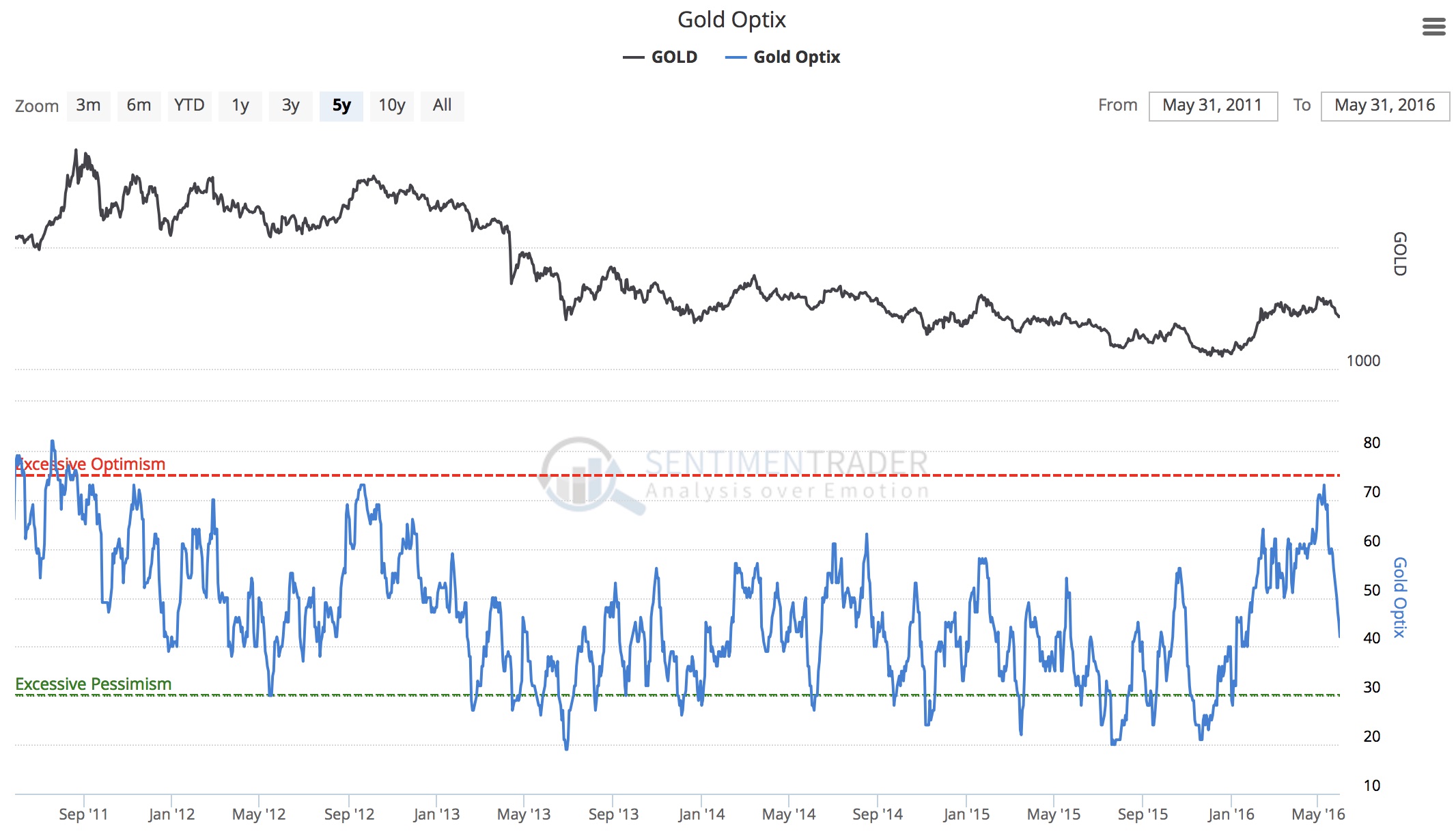 King World News note:  But take a look at the sentiment readings on the Gold ETF GLD, which has plummeted all the way down from “Excessive Optimism” at the peak of the gold rally, to “Excessive Pessimism” (see 6-month GLD sentiment chart below from SentimenTrader). 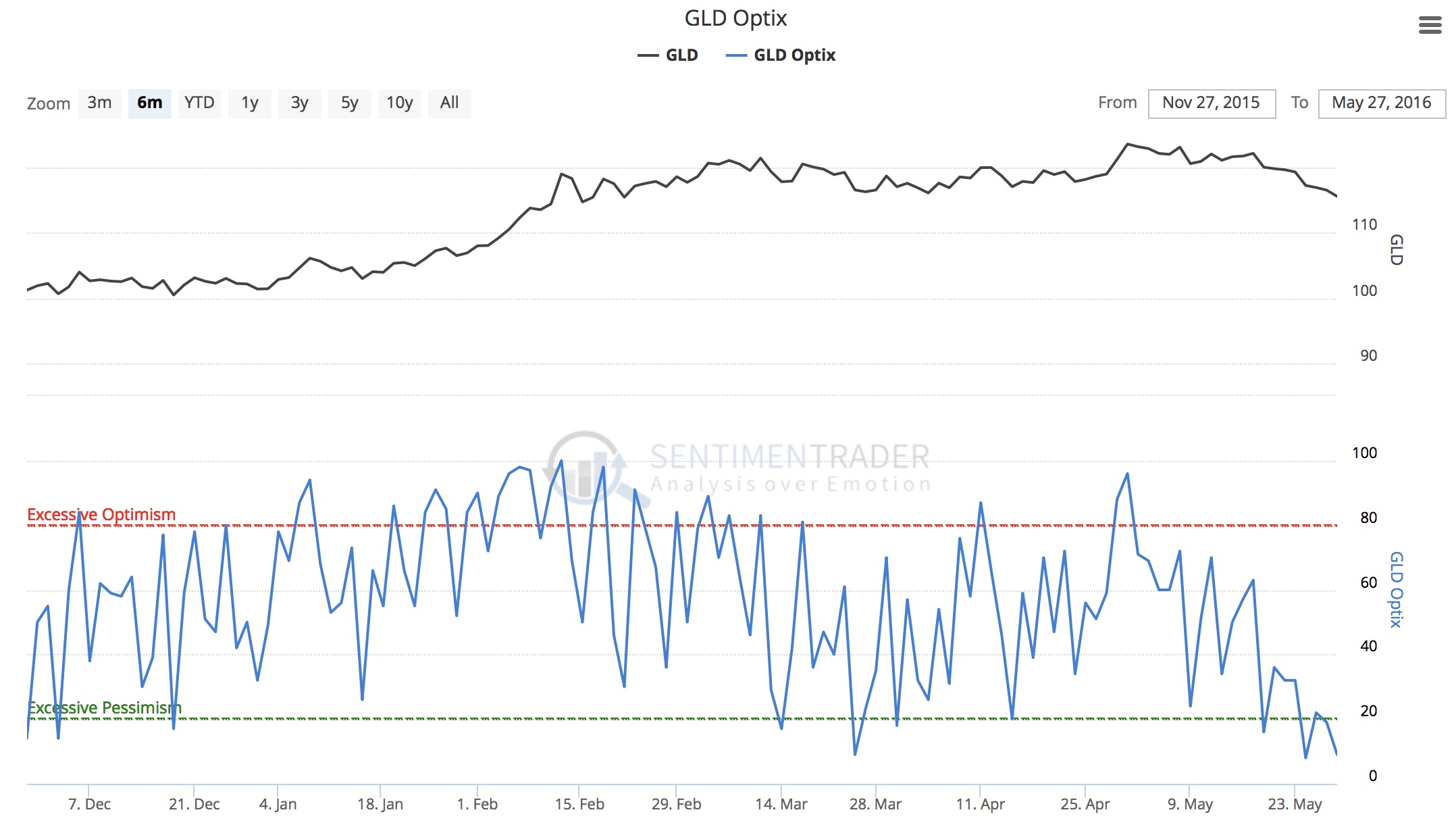 King World News note:  At the beginning of this cyclical bullish phase of the secular bull market in gold, sentiment still remains subdued, but that’s what bull markets do, they “climb a wall of worry.”

***Also just released: Legend Warns The Coming Crisis Will Be Totally Devastating For The World Economy And Humanity CLICK HERE.