The price of silver is now on the cusp of a major breakout as gold surges to the highest level in nearly 2 months!

KWN note: The report by MSA below was issued late last night, prior to today’s upside action in gold and silver.

Gold Breakout
By Michael Oliver, MSA (Momentum Structural Analysis)
August 9 (King World News) – The weekly close two weeks ago was above our number of $1265 and sufficient to close over the resistance line on momentum (plotted through prior peak weekly closing readings going back to November 2016). 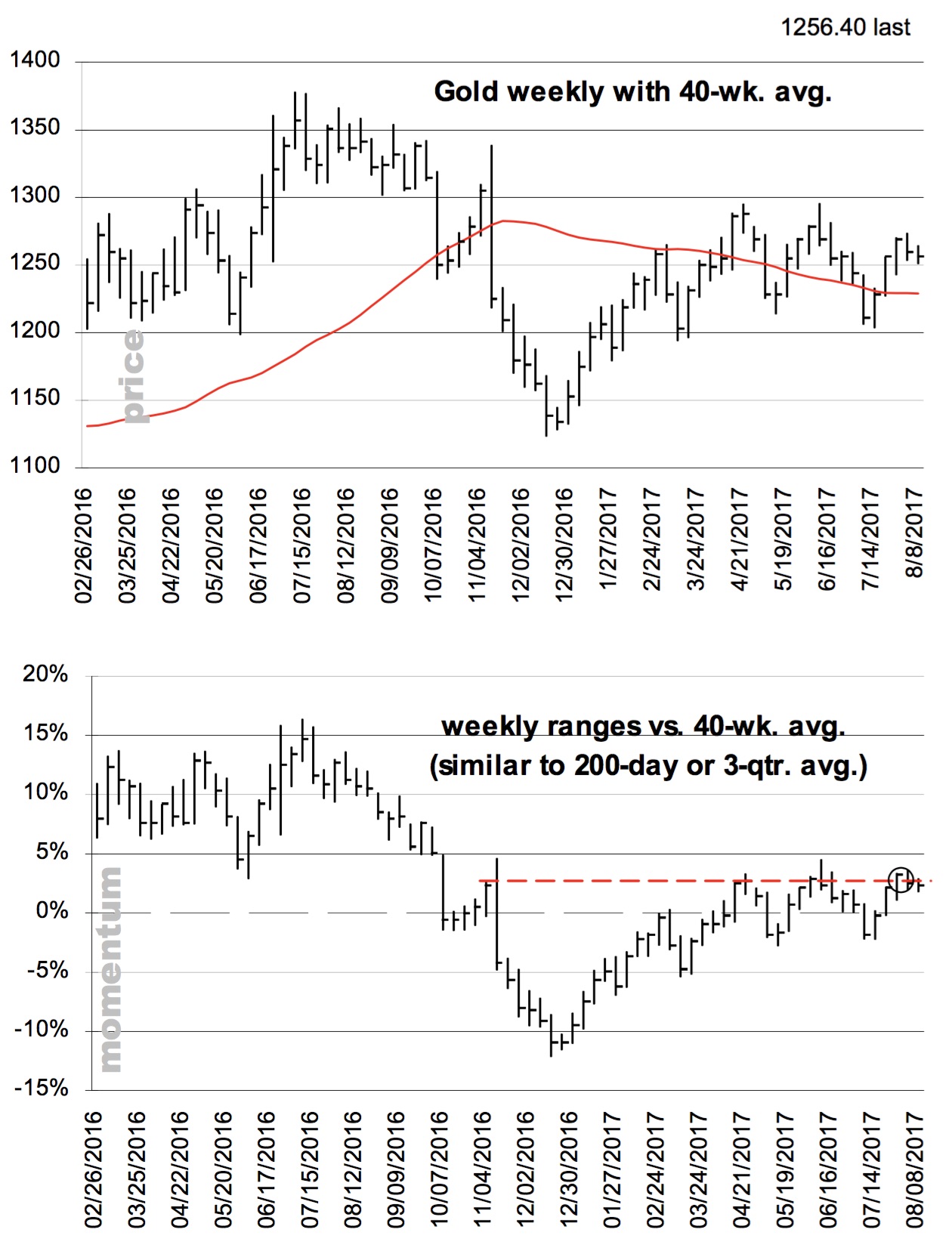 That’s the second long-term momentum breakout. The first was in early 2016, based on annual and other long-term oscillators at a price zone of $1140 to $1160.

Is this pullback of concern? No. While we would prefer a surge after that weekly close two weeks ago, so far the pullback has been erosional, not dramatic. On daily momentum charts (not shown here), the short-term situation looks old on the downside without much to show in terms of price for the selling efforts.

In any case, we still regard the weekly close two weeks ago as a positive step (a $1280 trade being the next number we specified in this upside renewal process).

Silver
Silver did not accomplish what gold did two weeks ago. Silver needs to produce a weekly close over $17 to snap its resistance line on the 40-wk. momentum chart. 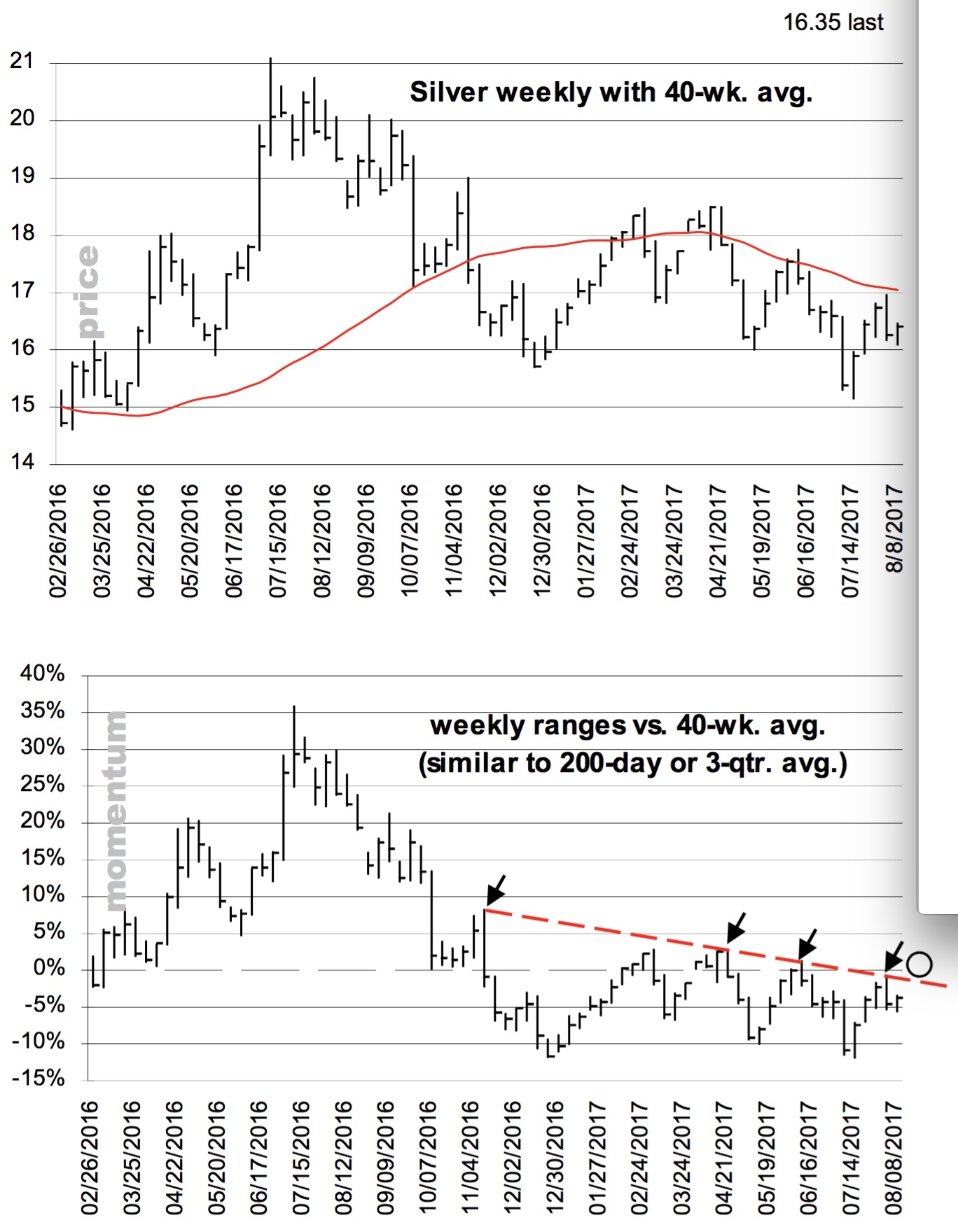 Silver’s resistance line is gradually down trending, not flat, and intersects such that a weekly close back above the 40-wk. avg. will close amply over that structure. Next week the 40-wk. avg./zero line is projected to be $16.99 (declining a few cents per week now).

King World News note:   The price of silver is now very close to that key $17.  Let’s see if silver can get a weekly close above $17 by Friday.

***KWN has just released the remarkable KWN audio interview with Egon von Greyerz and you can listen to it by CLICKING HERE OR ON THE IMAGE BELOW.

***ALSO JUST RELEASED: The Everything Bubble And Stagflation Are About To Create Skyrocketing Gold & Silver Prices CLICK HERE.