There is absolutely no question that world has never before seen this in its long history. The money masters are playing with fire.

This Does Not Bode Well For The Dollar
Steph Pomboy:  On a day when the dollar was “supposed” to be up a lot, it has barely budged and IMPORTANTLY, is down against the Yuan.

Russia’s Real Currency
Luke Gromen:  Russia’s currency is nominally the ruble, but Russia’s currency functionally is oil and gas, and this currency is rising against every other currency in the world. This seems like a subtle but important nuance many are ignoring but which gives Russia some unappreciated options…

Absolutely Massive Volume In Paper Gold & Silver Markets
Graddhy out of Sweden:  The volume today for spot Gold & Silver is already the largest daily up volume we have seen during the big 2-3 volume weeks we have had lately. Seems like volume is just escalating.

Mining Stocks Getting Ready To Scream Higher!
Graddhy out of Sweden:  I would say that this ratio chart is pretty clear about which sector of the two that is going to outperform going forward. GDX has just broken out of a blue large falling wedge versus S&P. So precious metal miners are most probably going to outperform general equities. 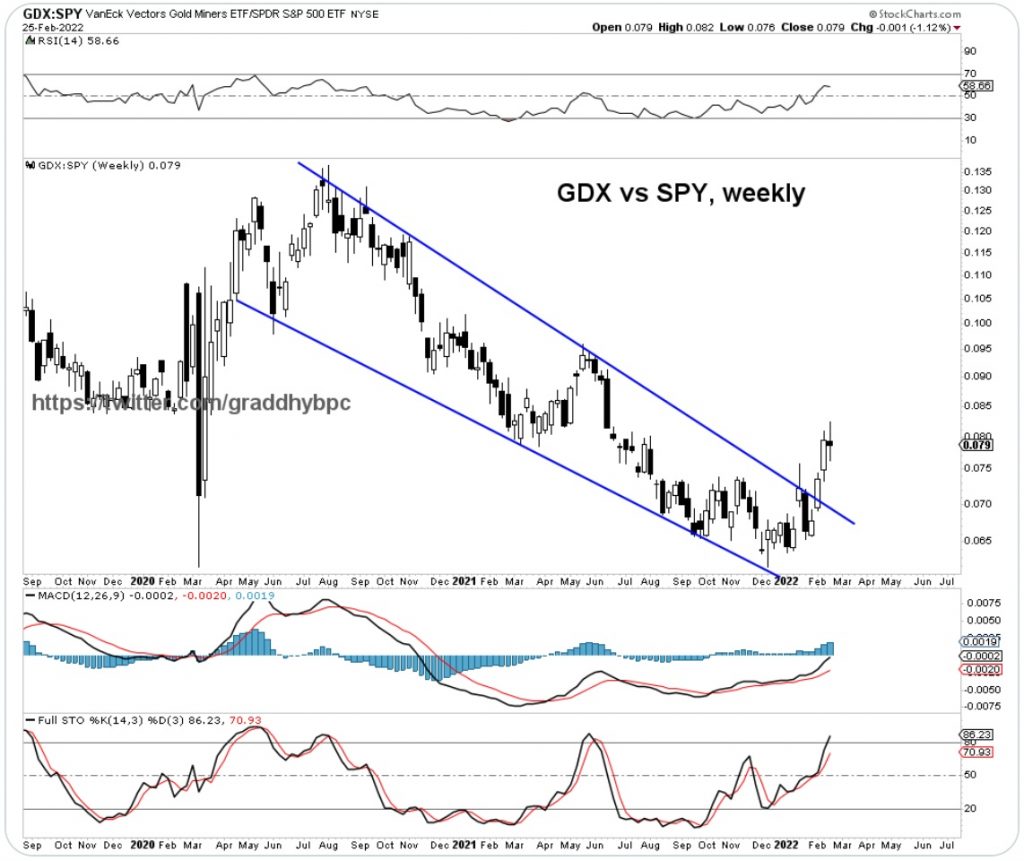 Miners Set Up To Radically Outperform General Stocks
Graddhy out of Sweden:  Posted this chart a month ago saying a blue breakout was very probable. We got it and GDX is about to outperform the commodities heavy Toronto Stock Exchange once again. Look at what happened last time it broke out of a huge blue falling wedge. And look at the red bullish, positive divergences. 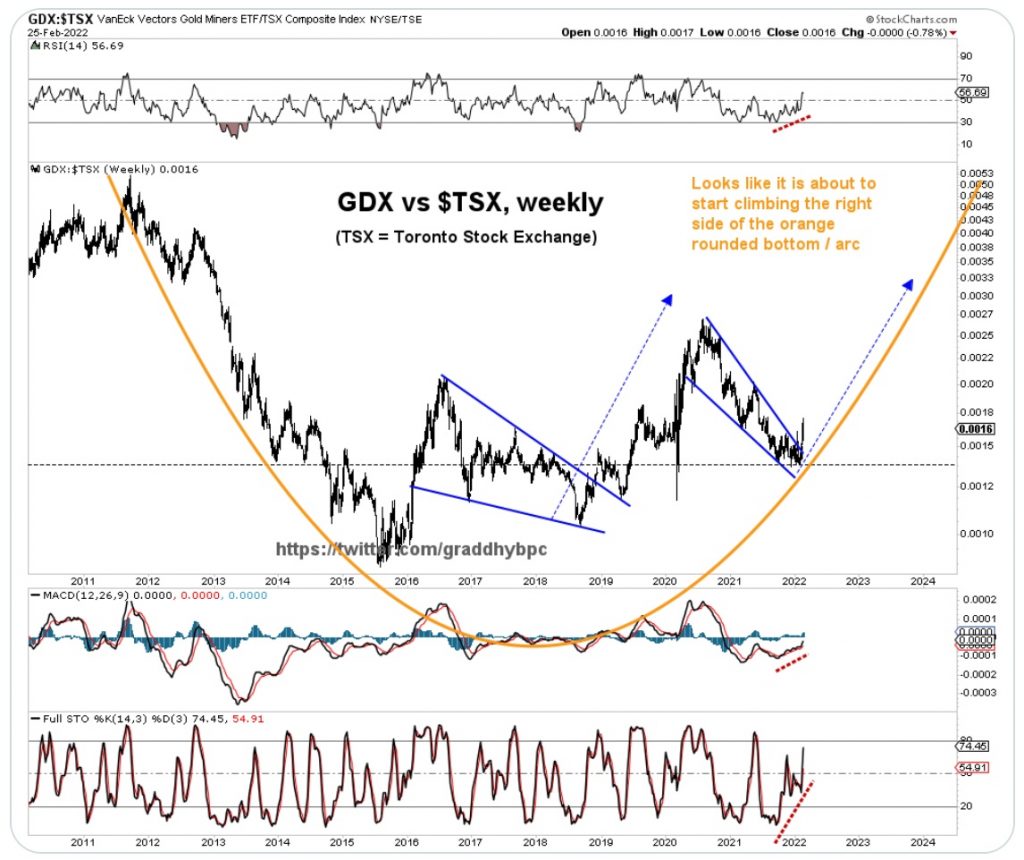