As people continue to digest breaking news out of Greece and around the world, the Godfather of newsletter writers, 90-year-old Richard Russell, warned that China and the super wealthy are preparing for something big but silver will surprise everyone.

Richard Russell: "Negative news is coming out about the US economy. The result will be the Fed will put off raising rates to as far as the eye can see. If the economy continues to deteriorate, we might even see QE4 as the Fed struggles to offset a declining US economy. My advice continues to be: buy and accumulate physical silver and gold. 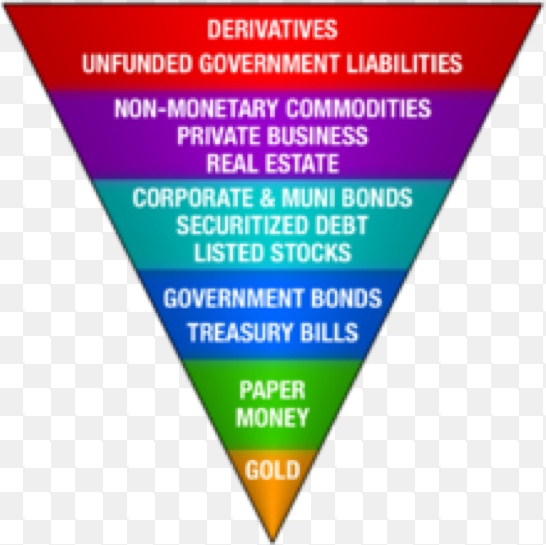 What I look for at this time is not asset appreciation or profits, it’s peace of mind. Gold and silver are at the base of a huge inverted pyramid. When all else is destroyed, the base of the pyramid will stand. Hold on to your silver and gold, and buy more if your finances allow you to.

Lately I have been reading all about a new monetary system which will see China on par with the US. As a rule, the nation with the largest hoard of gold will also have the world’s reserve currency. My thoughts about China are that China does not want to eclipse the US by being the singular world leader. China wants to be on par with the US and it wants its currency, the yuan, to be a world currency on par with the US dollar. Thus we might end up with two reserve currencies, the yuan and the dollar.

The creation of ever more paper by the central banks is having a marked effect on the assets of the world’s wealthy. Auction prices for works of art and collectibles have gone off the charts. Apartments in New York City have risen, in some cases, to hundreds of millions. Wealthy investors are paying inconceivable prices for tangible, one-of-a-kind goods. Unfortunately, this gigantic transfer of wealth has not rubbed off on ordinary people.

It appears that China is drawing ever closer to subverting the US and becoming the new world’s reserve currency. It seems only a matter of time before the Chinese yuan (backed by gold) will be the new reserve currency. China has been a huge buyer of gold and the current low price of gold suits China fine. Based on my studies, I believe silver will be a more profitable item than gold. Actually, at one time the dollar was defined in terms of silver. You can subscribe to Richard Russell's 90 years of wisdom and remarkable writings at Dow Theory Letters by CLICKING HERE TO SUBSCRIBE.

THIS WILL END IN TEARS: The Greatest Monetary Experiment In World History Continues