This is very reminiscent of the major gold bottom in January of 2016 when the market moved from extreme fear to extreme greed, plus a look at more inflation. 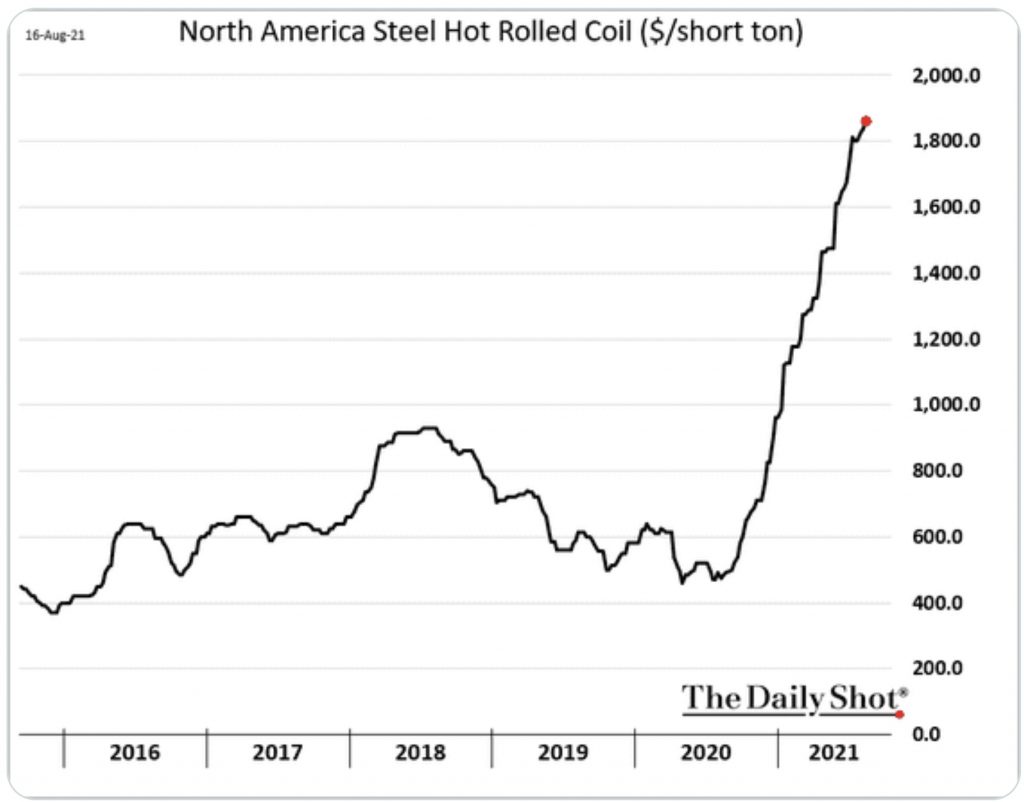 BTFD
The Daily Shot:  S&P 500 drawdowns continue to get smaller as dip-buying becomes a habit. (See chart below). 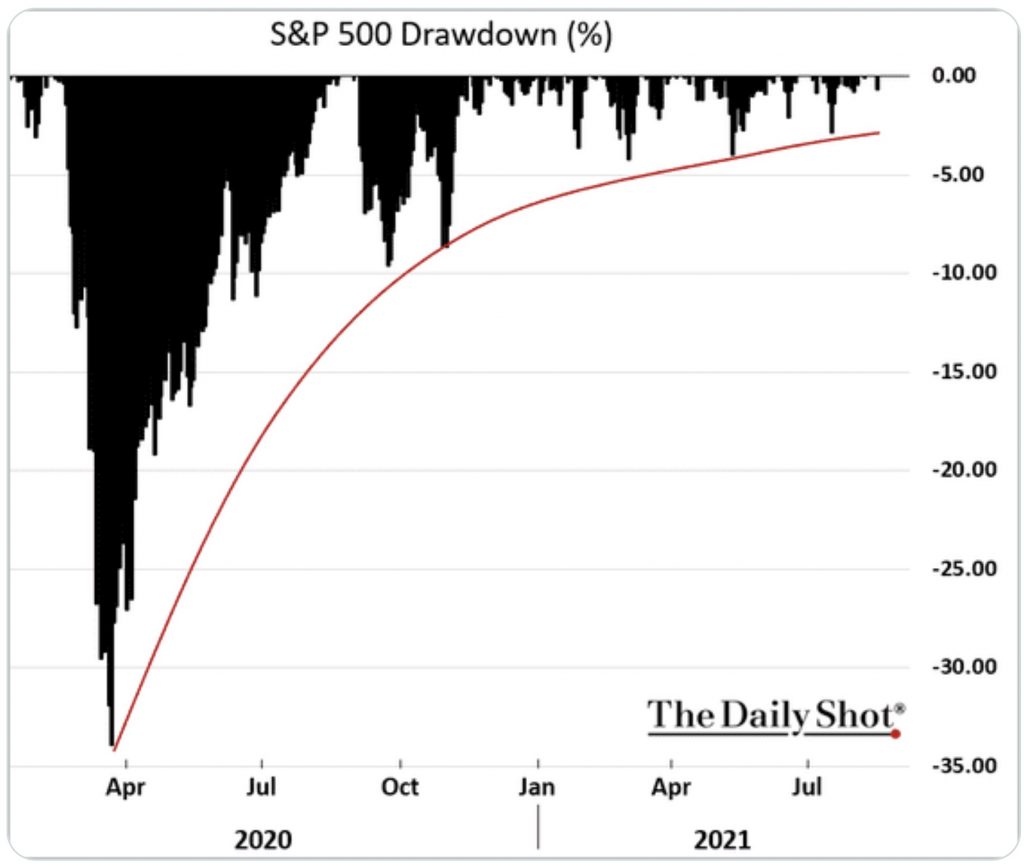 GDX (Gold Mining Stocks)
DowGoldEquals1:  Longs are getting a market lesson in fear right now. Before long, they will be fighting to manage their greed. (See chart below).

Richard Russell’s Take On Major Gold Corrections
King World News note:  This is the type of (mining stock) corrections inside of a secular gold bull market that Richard Russell described as gut-wrenching. The Godfather of Newsletter writers also pointed out that very few human beings could hold on and endure the pain. Now is the time for patience and calm. The storm may get worse before it gets better, but as Hickey noted at the top of the article, there will very likely be an enormous upside reward.